The Liberals’ supercluster plan is an economic fantasy

Opinion: Government funding for clusters is highly unlikely to be able to deliver the enticing possibility of "Made-in-Canada Silicon Valleys" 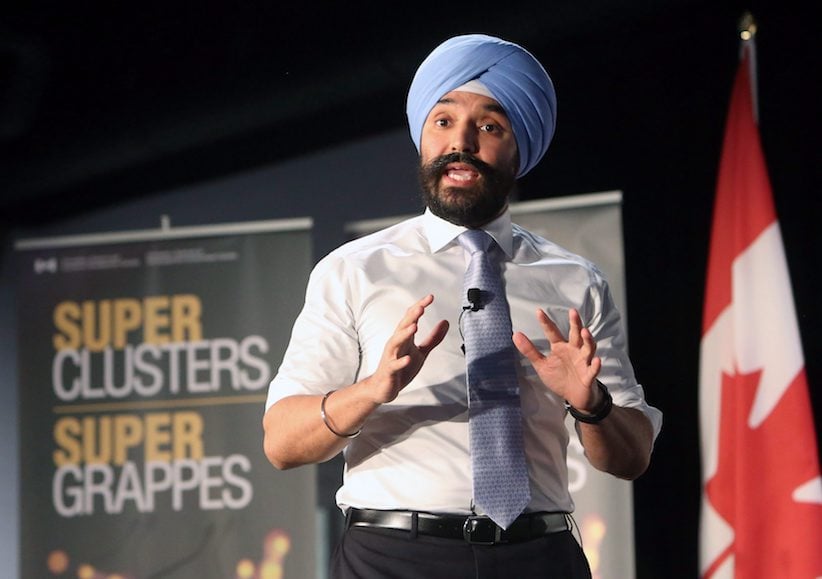 Alex Usher is president of Higher Education Strategy Associates and a fellow-in-residence of the CD Howe Institute.

Last week, at a media event at the National Science and Technology Museum in Ottawa, Innovation Minister Navdeep Bains posed a question on behalf of the entire country. “What,” he asked, “is a supercluster”?  Well might he ask.

The term is on everyone’s lips right now because the Liberal government just announced $950 million in supercluster spending. The cluster concept isn’t new: it’s been around in academic circles since the 1980s and business guru Michael Porter gave the notion its first mass-market outing in his 1990 book The Wealth of Nations. (The adoption of the prefix “super” is mostly a Liberal branding exercise.) The term simply encompasses the fairly banal observations that some geographic areas get big and rich by being home to a dense network of firms in a single economic field. The iconic examples are Hollywood in film and Silicon Valley in information technology, though less felicitously, it also encompasses Detroit for automobiles, and Akron/Youngstown for rubber and tires.

What is new, perhaps, is the idea that governments can catalyze these clusters through strategic seed funding. It’s not hard to see why a Liberal government, which believes passionately in Doing Things for the economy, might wish to think such a strategy can work. After all, championing investments in hip, future-sounding industries in a spatially-restricted manner allows them to claim points both for economic growth and regional development. In politics, that’s called win-win.

MORE: Canada is lagging on innovation and the Liberals aren’t helping

The problem is that there are almost no good examples anywhere of clusters being purposefully built through government programs. To the extent that anyone can work out what makes a successful cluster, it’s the presence of one or two industry-leading companies plus one heck of a lot of spin-offs related by disgruntled former employees who want to do their own thing. Unfortunately, data from the OECD suggests that new firm formation is an area in which Canadian clusters perform quite badly relative to others internationally. And while public policy can play a role in this, it’s mostly through law and regulation limiting or abolishing non-compete agreements rather than by signing big cheques.

But lack of evidence never stopped a government determined to spend money and so, not long after being elected, the government announced $800 million (later upped to $950 million) for the purpose of creating/encouraging clusters.  The question of which industries and which cities would be blessed with this largesse was to be decided by competition, the results of which were announced at the Science and Technology museum last Thursday.

MORE: Navdeep Bains and the Silicon Plant People from Saskatchewan

And what an odd competition it was. Though the minister liked to boast that it was judged by “experts” and was “merit-based,” the fact is that the rules, to the extent that there were any, were made up on the fly. Interested consortia had to meet some basic criteria concerning their membership and structure—an appropriate and carefully balanced mix of small, medium and large companies, and of partnerships between private companies and post-secondary institutions—and make some unenforceable commitments on diversity and inclusion, but apart from that it was simply a question of which bids could make the most superficially plausible case that their project would create the most jobs (or, as some would later suggest sotto voce, the most jobs before fall 2019, the date of the next federal election).

By some extraordinary coincidence, this rigorous, merit-based process yielded one winner in each of the country’s five regions, each of which now stands to receive between $150 and $250 million in funding over the next five years. The Atlantic and the Prairies each got cluster funding based on a traditional natural resource (oceans, food), while Ontario and Quebec each won in the two industries with whose companies’ CEOs the minister most enjoys having his picture taken (advanced manufacturing, artificial intelligence) and B.C. landed funding for “digital technology” which somehow straddles computing, telecoms, natural resources and healthcare. This makes almost no sense in terms of cluster theory but presumably the government was not interested in clusters based on any of the province’s traditional sources of economic strength, like tourism, real estate or securities fraud.

Because this government believes in “evidence-based” policy, it has set up a performance evaluation framework to evaluate the clusters program, but the manner in which the government has evaluated (and, as near as one can tell, uncritically accepted) the various consortia’s claims about job creation leaves one skeptical about the value of the exercise. The government claims the direct economic impact of the five consortia will be $53.5 billion over the next ten years, and that they will create 50,500 jobs over the same period. If you’re doing the math here, this implies that the government can create permanent full-time jobs in high-tech industries with an investment equal to a mere $1,800 per year, and that every dollar invested will be repaid 56-fold. This is of course utter fantasy and only works if the counterfactual to having a supercluster is that all economic activity generated by the firms involved in it came to a shuddering halt. Such an embrace of perpetual-motion-machine economics in the selection process does not inspire confidence that future performance evaluation will be based on reality-based standards of evidence.

(Notably absent from the government’s performance-based indicators are anything related to diversity. This is perhaps not surprising: though last week’s launch announcement was dripping with sanctimonious talk about how companies had agreed to principles of equity and inclusive growth, only one of the five consortia’s CEOs is a woman, and nearly all the third-party endorsements of the policy collected by the Government for the media event were from men. Inquiring too closely about actual results in this area might generate some embarrassing data.)

Of course, one does not need to accept the government’s ludicrous math to believe these investments might yield successes of a more modest nature. There are probably worse ways to spend public money than to give it to networks of locally-rooted knowledge-intensive firms in growing industries; the more traditional strategies of putting money into “supporting” companies in dying industries, say, or handing over massive amounts of money to multi-nationals for head-office relocation come to mind. The question is more: will the funding actually make a difference?  Will clusters of self-sustaining, science-heavy jobs become a reality and lead to higher national productivity and growth?  Will they actually become, as Navdeep Bains finally defined superclusters in answer to his own question, “Made-in-Canada Silicon Valleys”?

The answer to that last question is almost certainly no, and the minister should be ashamed for ever having used such a ridiculous phrase. But as for the rest we just don’t know. We might have been able to find out if the government had a credible evaluation strategy in place, but that seems not to be the case. That leaves the Trudeau government free to claim more or less whatever it wants in terms of results, and hence to run a similar competition, resulting in similar photo-op and cheque-signing opportunities in four years’ time should it win another mandate.  This year’s losing consortia may wish to start planning for round two now.