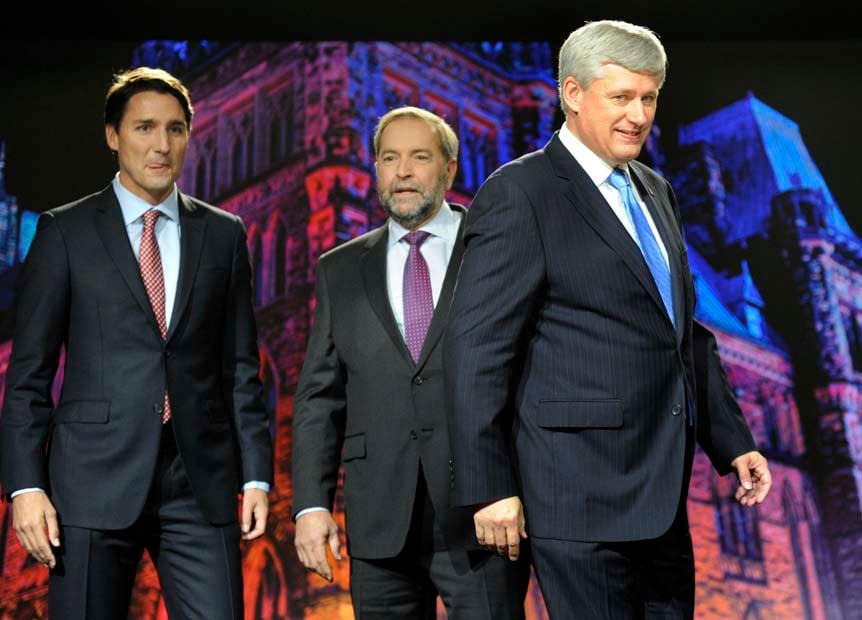 The word of the night was “crosstalk.” It pops up over and over in the transcript of Thursday’s economic policy debate among The Conservatives’ Stephen Harper, the NDP’s Thomas Mulcair and the Liberals’ Justin Trudeau, marking the moments when they tried so hard to talk over each and that none could be understood. But the debate offered numerous flashes of clarity, too. Harper making a dark allegation about his rivals’ position on refugees. Mulcair presenting himself as a staunch defender of the family. Trudeau repeatedly asserting his desire to tax the rich. Here are four telling exchanges, dissected by Paul Wells and John Geddes, with Cormac MacSweeney hosting the conservation.