Paul Wells: Under the proposed 'McLellan protocol' the incessant piling-on the attorney general by staffers would not have been possible 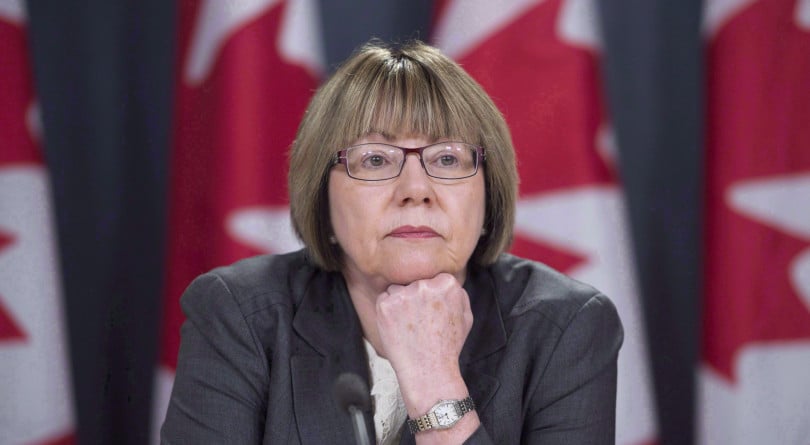 Anne McLellan, leader of the federal task force on marijuana, listens to a question during a news conference in Ottawa on Dec. 13, 2016 (Adrian Wyld/CP)

I want to talk more about Anne McLellan’s report, which the Prime Minister’s Office released last week on the same day Ethics Commissioner Mario Dion released his own report into the SNC-Lavalin affair.

Of course Dion’s report received almost all the attention: it finds Prime Minister Justin Trudeau broke the Conflict of Interest Act. (Trudeau has repeatedly been called the first prime minister in history to break the Act twice. This is less spectacular when we remember he’s only the second to whom it applies: it became law in 2006.)

McLellan’s report is dry by comparison, as it deals with whether to separate the functions of Minister of Justice and Attorney General. The first function is pretty ordinary, the second is central to the administration of criminal justice and has responsibilities and protections to match. Surely, Trudeau implied by contracting McLellan in March, some people were innocently confused about the distinction, and treated Jody Wilson-Raybould as an ordinary cabinet colleague, and separating the two roles might help avert such misunderstandings in the future.

McLellan was a key minister in the governments of Jean Chrétien and Paul Martin, in several portfolios including as minister of justice and attorney general under Chrétien, and has racked up impressive titles since leaving politics. But she’s not widely viewed as a rebel or a provider of surprising answers to leading questions. I thought she would deliver the answer Trudeau seemed to be expecting: that yes indeed, it’s really confusing to have the justice minister and the AG be the same person, and the roles should be separated forthwith.

I was surprised when she declined to make that recommendation.

In his own column on McLellan’s report, Colby Cosh quotes Andrew Scheer, who dismissed McLellan’s report out of hand because it comes from a Liberal. This is a handy reminder that election years make everybody dumber. Perhaps it’s not too late for Scheer to ask somebody to read McLellan’s report after all. Perhaps whoever he has in mind to be the next Conservative minister of justice and attorney general. Just to be on the safe side.

That person would soon discover McLellan has done meticulous, ambitious work, relying on discussions with a succession of previous AGs, including Conservatives Peter MacKay and Rob Nicholson, and a succession of previous prime ministerial chiefs of staff, including Conservative Ian Brodie. She’s also canvassed retired senior bureaucrats and just about every academic you’d hope she’d ask. Any leader grappling with the AG’s role in the future will have three options: study McLellan’s work, substantially repeat it, or pretend it never happened. The first path is easiest and seems wisest.

McLellan concludes that the two roles shouldn’t be split. She considers all possible alternatives to a single cabinet-level minister responsible for both the roles of Minister of Justice and Attorney General, and decides each would have serious problems. “There is no system for managing prosecutorial decisions that absolutely protects against the possibility of partisan interference,” she writes. But it’s not just that the combined role can’t be fixed that she endorses it: she’s a positive fan of the existing model. “Our system benefits from giving one person responsibility for key elements of the justice system,” she writes. “Joinder of the roles creates important synergies. That person gains a perspective over the entire system which could not be achieved if the roles were divided.”

RELATED: How a bill becomes law—when SNC-Lavalin pulls the strings

McLellan isn’t against change. While the combined Justice and AG roles date from Confederation, “with good reason,” she says a more recent innovation has served the system well. That’s the creation of the Office of the Director of Public Prosecutions (ODPP) by Harper in 2006. McLellan calls it “the most significant organizational change in the last half century” and says her consultations found “a high degree of satisfaction” with the independent prosecutor.

From there it’s on to the specifics of the AG’s role with regard to the ODPP, on one hand, and her colleagues in government, on the other. From time to time, the public prosecutor sends the AG a “Section 13” notice of her decision about whether to prosecute. Then the AG has to decide whether to direct the prosecutor. It’s not a rare thing that the question arises: Kathleen Roussel, the current DPP, sent 62 such notices to Wilson-Raybould last year. It is a rare thing that the AG countermands the DPP: it’s never happened since the office was established in 2006.

McLellan is careful to say she’s not offering a critique of the handling of the SNC case in particular. She is making general and structural observations. But already, we see McLellan’s report clashes with elements of the Trudeau government’s SNC narrative. How could Wilson-Raybould possibly decide she was satisfied with Roussel’s decision in only six days, while half a world away in Fiji? Well, in fact, if she took six days to ponder the worth of every Section 13 decision, she’d more than fill up her year with that work. The presumption is that the prosecutor’s calls are correct. Various AGs sometimes check prosecutors’ reasoning. Indeed, Dion writes that Wilson-Raybould did so in several ways in the SNC case. But none has so far decided to countermand the prosecutor.

So there’s no need for structural change, McLellan concludes. There are, however, “practical steps that should be taken to reinforce prosecutorial independence.” The way other ministers, political staff, bureaucrats and the PMO feel free to give advice to an AG is way too ad hoc for McLellan’s taste. So she calls for “a protocol” to regulate all these interactions.

Now here’s the thing about the McLellan protocol: its author assures us that it is a general set of rules that doesn’t specifically reply to the SNC-Lavalin mess, but in every particular it proposes measures that would have made the SNC-Lavalin mess impossible. If McLellan’s rules had been in place last autumn, the incessant piling-on of Ben Chin and Mathieu Bouchard and Elder Marques and Michael Wernick and Gerald Butts and Katie Telford against Jody Wilson-Raybould and her chief of staff would not have been possible.

Who decides whether the AG should consult outside her office? “In the normal course, the Attorney General would,” McLellan writes. “Other ministers should not be able to insert themselves into the decision-making process by demanding to consult with the Attorney General.”

How should those consultations take place? Not with hurried chats in hallways. “In most cases, the consultations should be done through written representations,” McLellan writes. “This will discourage discussions of improper considerations.” I bet it would. Where verbal conversations are needed, “there should be a written record of those discussions.” Why? To “reduce the risk of partisan suggestions.” Like, say just hypothetically, telling the AG again and again that it’s an election year and Liberal hegemony is at stake. A former British AG told McLellan “it is important to ensure that all such representations are documented and minuted.”

Again, McLellan is not speaking specifically about SNC, and I don’t think her report should be taken as an endorsement of Wilson-Raybould’s ethically very dodgy decision to record her phone conversation with Michael Wernick, who was then the Clerk of the Privy Council, without his knowledge or consent. But clearly, neither is the Trudeau PMO’s preferred solution—that a long chain of informal but highly questionable chats take place with no traceable record of their existence—acceptable or compatible with established practice in other jurisdictions, she implies.

Onward. Who should make the case to the AG that she needs to consider other information? “Only the minister or ministers with specific information on the public interest should be involved in these consultations, along with their [deputy ministers],” McLellan writes. But surely, in a town where it’s often really not clear whether the minister of finance is Bill Morneau or Justin To (and where Dion found To’s memory of meetings to be substantially more reliable than Morneau’s), would minister and political staff not be interchangeable at these meetings? Definitely not, McLellan writes. Among the experts she consulted, “there was a strong consensus that exempt political staff should not be involved in the substance of the consultations. I do not think it is necessary or advisable for them to be present during these consultations, which will take place rarely.”

There’s more to McLellan’s report, which should be promoted to required reading for anyone interested in the SNC affair. But this last bit about a proposed protocol is what struck me. If McLellan’s rules for talking to attorneys general had been in place last August and after, none of the staffers who spoke to Wilson-Raybould and her chief of staff—Butts, Telford, To, Chin, Marques, Bouchard—would have played any role. The way Morneau’s office rode herd on Wilson-Raybould, in the name of purported economic repercussions whose validity Morneau could not be bothered to check, would have been formally impermissible, instead of being merely obviously wrong. And every conversation that is today the object of heresay would have detailed notes attached.

The prime minister asked for this report. When will he implement it?