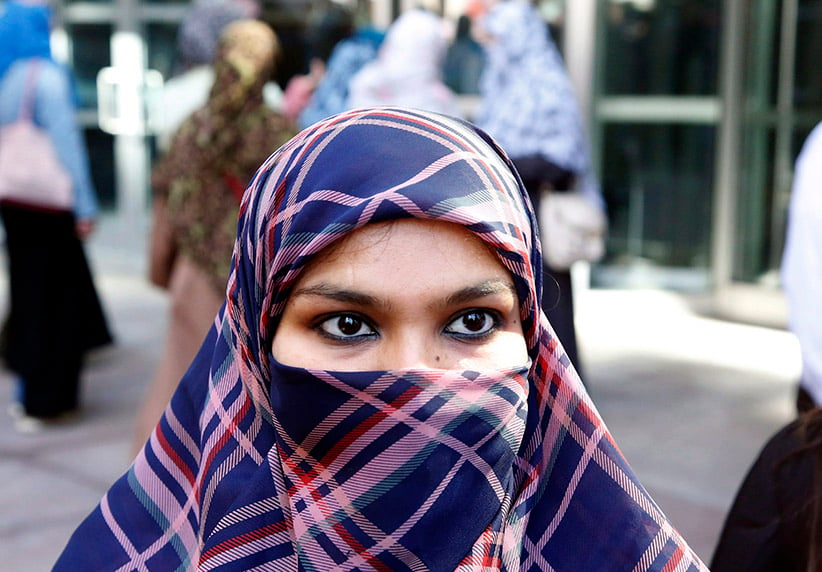 The federal government’s attempt to ban the wearing of the niqab during the swearing of the citizenship oath came to an end this afternoon. It was nearly four years old. It is survived by 60 fewer Conservative MPs in the House of Commons.

The ban was announced on Dec. 12, 2011. The case for the regulation was weak and uninspiring, the issue misunderstood, and the ban likely would have been struck down by the Supreme Court as an infringement on one’s right to freedom of religion, but it did at least inspire the greatest non sequitur in the history of Canadian politics. “I will never say to my daughter that a woman has to cover her face because she is a woman,” Stephen Harper said in September, as if this had something to do with anything.

The niqab’s emergence as an election issue was unexpected and odd, but perhaps fated—a consequence of the Conservative government’s own policy; its determination to defend the policy in court and at the whim of the Federal Court of Appeal’s calendar.

Though appearing to be popular, the ban on the niqab is now linked with the Conservative government’s defeat. “Voters—including many who supported him—were personally offended by Harper’s blatant effort to exploit the niqab issue as a divisive wedge in the campaign,” Ensight reported after the election. As a result of that defeat, history will record Bill C-75, an attempt to put the ban into law, as the last piece of legislation tabled in the House of Commons by the Conservative government—its tabling coming just hours before the House adjourned for the last time before the election, an entirely symbolic gesture of pre-campaign posturing. Both the sponsor of the bill, Chris Alexander, and the minister who tabled the bill on his behalf, Tim Uppal, were subsequently defeated on Oct. 19.

The Liberal government’s decision to abandon its predecessor’s legal appeal does not seem to have roused much, if any, condemnation from Conservatives.

Meanwhile, Zunera Ishaq, the woman who ultimately defeated the ban in court, and whose case pushed the issue into the election, was recently among those invited to a swish reception at the Four Seasons in Toronto as one of the city’s 50 most influential people.