The numbers are in on solitary confinement. They're not good.

Paul Wells: A preliminary report—which nearly didn't happen due to government inaction—shows reform has been partial at best, with prisoners still being denied 'meaningful human contact' 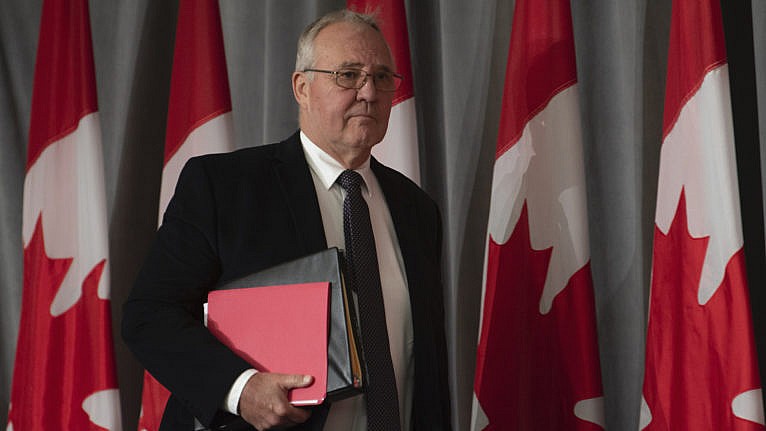 Public Safety and Emergency Preparedness Minister Bill Blair arrives at a news conference Tuesday June 9, 2020 in Ottawa. Public Safety Minister Bill Blair is stepping in to ensure important data is handed over to an advisory panel tasked with overseeing segregation of federal prisoners after the panel complained the Correctional Service of Canada blocked it from doing its job. THE CANADIAN PRESS/Adrian Wyld

Previously on What the Hell Is Going On In Canada’s Prisons?:

In August I wrote here about a government-appointed experts’ panel that was tasked with monitoring important changes to the operation of solitary confinement in Canada’s prisons. Courts were starting to suggest that solitary confinement is, simply, torture. They were even clearer in ruling that disciplinary segregation, as solitary was known in Canada, violated prisoners’ Charter rights and wrecked their chances of rehabilitation.

Finally a B.C. Supreme Court justice gave the feds a year to fix the system. The result was Bill C-83, which would take inmates out of  “structured intervention units” or SIUs—the new, new name for solitary confinement—for a minimum of four hours a day, up from two; and that two hours of those four would involve “meaningful human contact” with a counsellor, Indigenous elder or other person whose visit would be welcome.

Ralph Goodale, who used to be the minister for Canada’s prisons, also put University of Toronto criminologist Anthony Doob in charge of an experts’ panel to measure whether the new law was properly implemented and effective.

In August Doob wrote to the government—and, cleverly, to reporters—to note that his panel had disbanded at the end of a year-long appointment without ever having received usable data from Correctional Services. He also noted that, when he alerted the office of Bill Blair, Goodale’s successor at Public Safety, to this state of affairs they did nothing.

Characteristically, the government was altogether more vexed to read about all this in Vice and Maclean’s than it had been to know, privately, that it was going on. Blair started calling Doob, asking whether he would un-quit if he were furnished with the data he had been requesting all along. Doob agreed.

Which brings us to today’s episode. Doob wrote to me this morning. I’ve loaded everything he sent me in a Scribd document below, because he wants the results he received to be widely read. They are discouraging, in two different ways.

Doob and his colleague Jane Sprott from Ryerson University took the data they received on Sept. 30 and produced a preliminary report on Oct. 16. That’s fast. Their report finds that structured intervention reform is partial at best. Among their findings:

• Sixteen per cent of all stays in SIUs were for two months or longer;

• More than a third of all prisoners transferred to SIUs had more than one stay in the units. Most of those had identifiable mental-health needs before they were sent to the SIUs;

• By and large, prisoners in the SIUs aren’t getting out of their cells and they’re not getting meaningful human contact. Only 21 per cent met the legal requirement of spending four or more hours out of their cells on at least half the days they were in SIUs. Only 46 per cent received two hours of human contact on at least half their days in SIUs.

• There were variations in results that suggest best cases and areas for improvement. Quebec institutions made disproportionate use of SIUs, though largely for short stays. People in SIUs were disproportionately, young, Indigenous and male, though Indigenous prisoners who were in SIUs for more than two months were likelier than non-Indigenous prisoners to get their daily time out of their cell and their daily human contact.

In short, then, a discouraging bunch of news. The top-line conclusion should be mightily discouraging: a government that was forced at gavel-point to Charter-proof a pillar of prison administration is still not getting most prisoners in SIUs out of their cells and into the company of other human beings as often as the courts, the Charter and simple humanity would warrant.

But the report also provided some clear opportunities to use the data as a guide to anyone seeking further information—and to help prison administrators make better decisions. On Oct. 16 Doob and Sprott sent their report to Correctional Services and to Blair’s office, inviting them to reply within 8 days. It was a tight deadline for reply, and the investigators emphasized that they wouldn’t mind if the government didn’t reply. And indeed, Blair’s office didn’t reply. Correctional Services replied at just past 8 p.m. on the Saturday night that the 8 days were due to run out.

There were “data integrity issues” affecting information on prisoners’ entry and exit from SIUs, an official at the agency told Doob and Sprott. And “it has now become apparent” that “a number of technical challenges exist” in transferring data from an old system to a new one.

This is why Doob sent me his report and the sum of his and Sprott’s correspondence with Correctional Services Canada. He’s left with a riddle. Again. Either the data he received were correct, and the agency just didn’t like what he concluded from reading the data—or the agency has no usable data, nearly a year after the new SIUs came into service. The latter possibility is actually worse than the first. “If you find credible what CSC told us on 24 October 2020,” Doob and Sprott write, “you would also have to believe that they have no idea how the SIUs are operating today or how the SIUs have operated for the past 10 months.”

It’s a choose-your-own adventure. “As a reader, you will have to decide on your own,” Doob and Sprott write. “You can believe that CSC suddenly, on a Saturday night in late October, 2020, discovered that they do not know what they have been doing since 30 November 2019 in Structured Intervention Units in 16 federal penitentiaries spread out across Canada…. Or you can believe that they do know what is going on, and saw a picture of the operation of the SIUs that they recognized, but did not like, in the draft of the report we gave them.”

So here’s what it takes for the agency running Canada’s prisons, the minister the agency reports to, and the entire rest of the Canadian federal apparatus to have no clue what is going on in institutions under exclusive federal jurisdiction. Here is how much ignoring you need to do to ignore the fate of prisoners in the darkest corners of our prisoners. You need to be unimpressed by a court order. By the Charter. By a new law, duly debated in Parliament. By a team of conscientious investigators who had a year to wait for data they never received. By a spate of embarrassing news stories about the first set of failures. And by a final partial report, which indicates the system is not close to working as designed.

This government congratulates itself all the time on its respect for evidence in policy design. And when you tell them why you’re not convinced, they call you a cynic.