Paul Wells: Every Liberal member of Parliament has a decision to make right now: What is this country's cultural commitment to the rule of law? 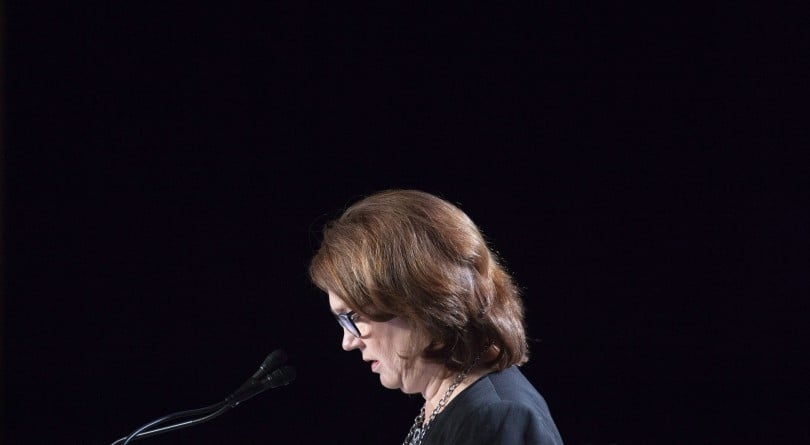 Philpott speaks at the Assembly of First Nations Special Chiefs meeting in Ottawa on Wednesday, Dec. 5, 2018. (THE CANADIAN PRESS/Adrian Wyld)

With Jane Philpott’s resignation from the cabinet, Justin Trudeau’s government is now in a crisis that ranks with the coalition challenge to Stephen Harper in 2008 and Jean Chrétien’s dismissal of Paul Martin in 2002.

That probably understates matters, actually: Those two previous shocks were about ambition; they engaged matters of principle almost by accident. This one is a direct challenge to a government by two (and counting?) ministers with no perceptible ambitions beyond their former posts—though buckle up, because they’ll both be accused of scheming—on the gravest grounds of ethics.

Perhaps the most important words in Philpott’s resignation letter are her mention of “constitutional obligations.” The implication, the implicit accusation, is that while she knows where hers are located, the Prime Minister of Canada can’t find his. I’m pretty sure another prime ministerial news conference on space exploration isn’t going to cut it this time.

I have more to say about this, boy do I. But while I have you, a word about the day’s events at Queen’s Park. It will seem like an odd detour. It really isn’t.

Today the government of Ontario fired the deputy commissioner of the Ontario Provincial Police, weeks after he blew the whistle on the manifestly improper appointment of Doug Ford’s personal friend Ron Taverner as OPP commissioner. The government’s explanation was that Brad Blair’s firing was decided by the deputy minister of community safety, Mario Di Tommaso, which gives it the aura of respectability. Because it’s all arms-length, right? A public servant decided that this was something that had to happen, so it’s not actually a government pulling the trap door on the one man who stood in the way of abject cronyism at the highest intersection of government and law enforcement.

Except here’s the thing. That deputy minister, Di Tommaso, is an old friend of both Ford’s and Taverner’s. He was appointed deputy minister eight weeks before Taverner’s appointment was announced. And when he was appointed, Ford’s biggest admirer in the Queen’s Park press gallery wrote a column applauding the appointment, quoting… Ron Taverner about how great it was that Mario Di Tommaso would be in a position of influence.

I’m gonna get back to my day job in federal politics, but what happened today in Ontario politics is, itself, a scandal. Taken together, the big stories in Toronto and Ottawa pose serious questions about this country’s cultural commitment to the rule of law. If “but my opponents!” becomes the constant excuse for every transgression against what Chrystia Freeland likes to call “the rules-based international order,” then we are not better governed than Poland.

Right. Philpott. She just demoted the hell out of Gerald Butts, who’s supposed to show up at the justice committee on Wednesday with some emails suggesting Jody Wilson-Raybould isn’t Nelson Mandela. At this point, Butts could show up with an actual hat, and an actual rabbit in the hat, and it wouldn’t distract from the questions Wilson-Raybould and Philpott have raised.

Second: I suspect this post will be to some extent stale-dated by tonight, because every cabinet minister, and every Liberal member of Parliament, has a decision to make right now. Today. We are about to find out who is serious, and who merely plays serious on Instagram. The time for “Poor Jody couldn’t take the heat” and “but Andrew Scheer!” is over. That second question will be settled by Canadian voters in October, and I think it’s entirely possible, as one possibility among many, that Scheer’s Conservatives won’t be persuasive to enough voters.

But as I started writing in December, a country gets into trouble when it turns every question into an electoral question. The party stripe of the government is not the only interesting question. Here’s another: is the government we have, the Prime Minister we have, so deep in moral denial that they can never find their way back?