The reality of carbon prices sinks in

The provinces that resisted the federal plan will now have to chart a new path. But they already quietly understood what needs to be done. 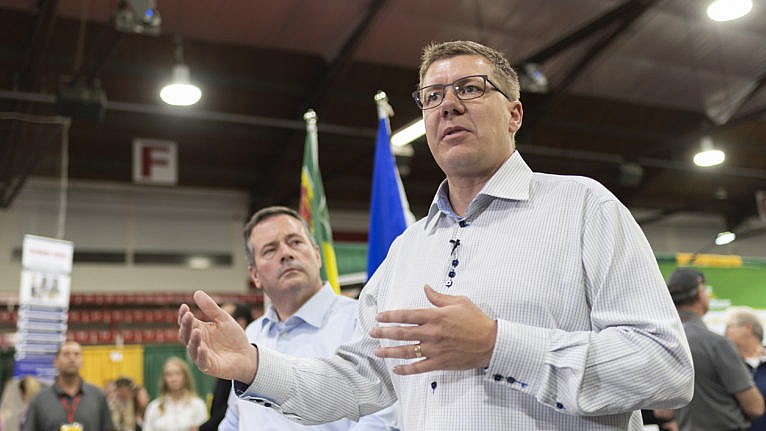 Albertans have lived with a carbon surcharge on gasoline and home heating (along with the corresponding rebates) for 44 of the last 51 months and for all but the first seven full months that Jason Kenney served as premier. He’d won office in spring 2019 on a big promise to sweep out Rachel Notley’s provincial carbon levy, even if the Trudeau government simply reimposed a modest bulge on fuel bills the following January. But Kenney would fight like hell in court to scrap that one, too.

Of course, a premier declaring a federal policy unconstitutional only matters for the ensuing legal fees. The Supreme Court has upheld the keystone of Ottawa’s climate policy in a landmark 6-3 decision, and now the only choice recalcitrant provincial leaders have is whether they want the federal government to collect the fee, or they want to take in and disperse the per-tonne rates themselves, under the rising minimum standards Ottawa sets.

“All parties to this proceeding agree that climate change is an existential challenge. It is a threat of the highest order to the country, and indeed to the world,” Chief Justice Richard Wagner writes in his majority opinion that upheld the Greenhouse Gas Pollution Pricing Act (GGPPA) against references from conservative governments in Ontario, Alberta and Saskatchewan. This sort of line, reiterated a few times in the 204-page opinion, serves both to underline that oil-producing provinces like Alberta and Saskatchewan never actually disputed the threat of climate change, and also the rationale for setting a Canada-wide price on carbon pollution in the national interest:

Emitting provinces … are free to design any GHG pricing system they choose as long as they meet the federal government’s outcome-based targets. The result of the GGPPA is therefore not to limit the provinces’ freedom to legislate, but to partially limit their ability to refrain from legislating pricing mechanisms or to legislate mechanisms that are less stringent than would be needed in order to meet the national targets. Although this restriction may interfere with a province’s preferred balance between economic and environmental considerations, it is necessary to consider the interests that would be harmed—owing to irreversible consequences for the environment, for human health and safety and for the economy—if Parliament were unable to constitutionally address the matter at a national level.

It was clear that the politics of federalism had been lurching toward this conclusion for some time—since well before the line of questioning during last year’s Supreme Court hearings, and before provincial challenges lost at the Saskatchewan and Ontario high courts. In 2017, Manitoba Premier Brian Pallister got a legal opinion advising him the courts would likely uphold a federal carbon price. “I certainly did not want to waste a bunch of Manitoba taxpayers’ hard-earned money going to Supreme Court and losing,” Pallister said, before he later abandoned that line of thought and linked arms (and court interventions) with Kenney and others in The Resistance™.

Doug Ford’s government in Ontario seems to be shrugging off this setback accordingly. But carbon taxation has always been framed as a more, shall we say, politically existential battle for Kenney in Alberta and Scott Moe in Saskatchewan. In his response to the loss, Kenney spent much time quoting liberally from the dissenting opinions and the successful (and now-quashed) challenge at the Court of Appeal about the threats of further federal intrusions in provincial jurisdiction; Moe rattled off a list of reasons a carbon tax is “simply wrong.” But both admitted Ottawa won, and they’ll now figure out how to evade Ottawa’s system and bring in their own provincial levy systems inspired by other provinces’— Kenney looking at Quebec’s cap-and-trade system, Moe at New Brunswick’s policy that lowered its provincial gas tax to offset the carbon tax.

It’s also notable two things these prairie premiers didn’t say. 1) Neither got into the sort of inflammatory western alienation rhetoric that has long animated this debate (aside from Kenney’s odd remark, baited by a Toronto Sun columnist, about Supreme Court justices as Quebec-loving “Ottawa elites”). 2) Neither cast their eyes or comments to the prospect of victory by Conservative Leader Erin O’Toole, who has pledged to scrap Trudeau’s carbon tax in favour of some mystery alternative climate strategy. This not only suggests some lack of confidence in that electoral outcome, and a level of disengagement between conservative leaders and their federal counterpart but it also signals their quiet understanding that a comprehensive climate plan that doesn’t apply pressure to consumer behaviour and only hits major industrial emitters, which are disproportionately large parts of the carbon megatonnage in Alberta and Saskatchewan, could be a truer version of that “job-killing” measure they rattle their sabres at. It’s also part of the reason that some oil patch players don’t much mind a carbon tax on consumers, because that lessens the burden on energy companies for doing all the heavy lifting on emissions reductions.

Sure, it undermines the present impact of a carbon levy if another province simultaneously lops a few cents off the gas tax. That’s in the short term. The Supreme Court ruling clears the way for Canada to gradually raise the minimum carbon price to $170 per tonne by 2030, adding almost 30 cents per litre to pump prices. Saskatchewan can erase all 15 cents per litre of its provincial fuel tax—and sacrifice all the revenue that entails—and still be unable to fully blunt the deterrent impact of carbon taxation, the tool almost universally embraced by economists as one of the most effective ways to curb greenhouse gases.

That effective way will remain in effect indefinitely, the Supreme Court has decided. For a while, residents living in provinces led by conservative premiers have been living under the reality of carbon pricing, now at $30 per tonne. It goes up to $40 per tonne as of April 1, and will keep rising annually. Those premiers must now adjust to that reality, and set policy accordingly.