It’s easy to understand why Chantal Hébert would want to take a break from the sound of her own opinions. Opinion burnout is an occupational hazard among columnists: Whatever happens, there’s a voice in the back of your head that says, “OK, great, what do I think about this?” Hébert’s assorted regular gigs—Toronto Star, L’actualité, CBC’s At Issue panel—make her voice one of the most powerful in Canadian journalism. Yet when she set out to write her second book, The Morning After: The 1995 Quebec Referendum and the Day that Almost Was, she decided to give her subjects the ﬂoor. “There is no thesis in the book, really,” she told me. “We were not setting out to portray chaos, or order, or to say, ‘Gee, this is what would have happened as opposed to that.’ On the contrary, I went out of my way, when presented with two scenarios, to not choose. I didn’t think I could choose. I didn’t want this to be a novel.”

In The Morning After, Hébert asks the political leaders who fought the 1995 referendum campaign to reveal what they would have done next if a majority had voted Yes. What she found was chaos—whether she was looking for it or not. Jacques Parizeau would have used the narrowest Yes majority to attempt to secede from Canada. Lucien Bouchard and Mario Dumont were campaigning at his side, but on breaks they were scheming privately to ﬁgure out how to stop him from carrying out his plan. They’d have needed luck. Parizeau was the premier of Quebec; they had no comparable institutional clout, despite Bouchard’s popularity. That power imbalance is starkly illustrated by Parizeau’s decision, revealed in Hébert’s book for the ﬁrst time, to stop speaking to Bouchard in the campaign’s home stretch.

Bouchard is the key to the whole book. Halfway through the ’95 campaign, Parizeau announced that Bouchard would be Quebec’s “chief negotiator” with Canada after a Yes vote. The role was never explained, but it gave Bouchard a pretext for supplanting Parizeau as the most prominent campaigner in the Yes camp. Parizeau has written extensively about his post-referendum plans. Bouchard had never talked before. Writers as prominent as Michel C. Auger and Michel David had tried. He sent them away empty-handed. 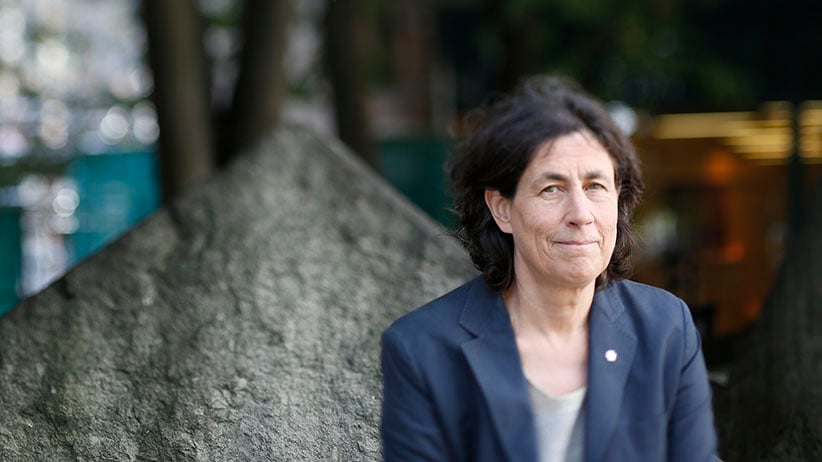 He talked. It was worth the wait. “It was a shock to us that when Lucien Bouchard said, ‘We expected to win,’ the next sentence was not, ‘Here was our plan.’ It was, ‘Therefore Mr. Parizeau stopped returning my calls.’ We never saw that coming. We had never imagined that. It made us feel like little kids who believed in Santa Claus, to listen to that. That was when I realized, as a journalist, that we had never really kicked the tires of this ‘negotiator-in-chief’ title. And if we did, we would have found out that there was no mandate, no discussion, no agreement, no nothing.”

This led Hébert and her co-author, Jean Lapierre, a sometime member of Parliament who left the Liberals in 1990 to help Bouchard launch the Bloc Québécois, to change their minds about the Yes camp’s most prominent ﬁgures. “Of the three Yes leaders, it seemed to us that Jacques Parizeau was the best prepared for a Yes vote and for independence. And I think it’s fair to say that we came away from this thinking less of Lucien Bouchard—and more of Jacques Parizeau.”

Federalists needn’t be smug. Hébert characterizes the thinking of most politicians in the No camp as “kind of foggy. In particular the federal ministers from Quebec. I found them, collectively, to be ﬂaky.” She makes a partial exception for Jean Chrétien, who didn’t tell her much but comes across, in other interviewees’ accounts, as a guy who was planning much more actively for a possible Yes victory than he’d previously acknowledged.

In a lot of ways, 1995 marked the end of a long period where being a Canadian political reporter meant writing every day about profound, even existential debates. These days it’s all boxing matches and the Wheat Board monopoly. “Do I miss the days when we could discuss substantial issues rather than when the issue of the day in question period is who can say the nastiest, stupidest thing about the other? Yes, of course I do,” she says. “I covered this issue alongside free trade, alongside the abortion debate. I watched votes on capital punishment.” Back then, “Parliament meant more. And the people in it seemed larger, rather than smaller, for being in it.”