Nov. 9: Clement was aware someone was offering money for information about his inappropriate behaviour towards women since last summer. Plus: StatsCan takes a pause on its big data grab 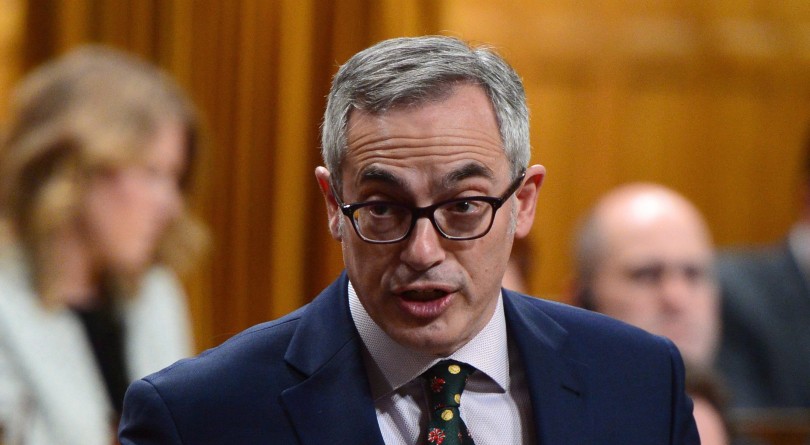 Conservative MP Tony Clement asks a question during question period in the House of Commons on Parliament Hill in Ottawa on Thursday, Dec. 8, 2016. (Sean Kilpatrick/CP)

Several months before former Conservative MP Tony Clement was named to the Parliamentary committee that oversees national security agencies, he was aware that someone was offering cash rewards for information about his inappropriate behaviour towards women. Clement laid out his latest version of the timeline surrounding his acts of sexting and infidelity in an online letter to his constituents in Parry Sound – Muskoka, noting that he went to the police about that first extortion attempt “last summer.” What he didn’t do was inform the Clerk of the Privy Council—Ottawa’s top bureaucrat—who must be notified by government officials of  “any change in their personal circumstances that may affect their security clearance.” According to the Toronto Star Clement only went to the Privy Council office days ago, after the more recent blackmail attempt by “foreign actors“. (TonyClement.ca, Toronto Star)*

Statistics Canada‘s plan to compel banks to hand over financial records of 500,000 Canadians annually is on hold, at least until Canada’s privacy commissioner completes his investigation. StatsCan’s chief, Anil Arora, told a Senate committee Thursday that the agency was in a holding pattern pending the privacy review, while reiterating that any data StatsCan collects will remain private: “Who do we share this information with? No one. The individual record is not shared with a minister, with a court, with law enforcement officers, CSIS, you name it — nobody gets access to that individual record.” (Canadian Press)

Even so Canada’s banks say they’ll consider all options, including legal action, to prevent the agency from getting their clients’ data. (Globe and Mail)

Sean Bruyea has been one of the government’s thorniest critics when it comes to the treatment of vets. As Remembrance Day nears, Bruyea writes that the federal government is failing to truly deliver on its promises to veterans, and it’s doing so with less and less transparency:

Every Remembrance Day is a brief opportunity to consider the reality that just one segment of our population is obligated to fight—putting their lives on the line—to defend our democratic values. It’s just one day, but it is so widely recognized by Canadians across the country, drawing our politicians to solemn ceremonies to honour the fallen, that it might seem scandalous to suggest that Canada’s military members have returned home only to need to fight again for our national values—with their foe, this time, being their own government.

Sadly, it is hardly seen as a scandal. In fact, it’s been an ongoing narrative more than a decade old, kept secret by a number of successive governments. (Maclean’s)

To mark the 100th anniversary of the end of the First World War, Maclean’s published a commemorative issue with 66,000 unique covers, each dedicated to a Canadian soldier killed in the war, plus one for the Unknown Soldier. (Maclean’s)

Here’s a look at how Canadians embraced the project:

Larry Elliot vaguely recalled his late father mentioning an uncle who died in the First World War, but it wasn’t until he began his own research last year that he plunged into the life of Maj. Thomas Ninian Elliot, killed on Sept. 28, 1917, while serving with a railway battalion near Ypres, Belgium. Exactly 100 years—to the hour—after he breathed his last, Elliot’s descendants gathered last September next to Thomas’s brother’s grave in Saskatoon, paying tribute with a bagpiper and whisky toast to the man whose body lay 6,800 km away under Belgian soil.

“We honour your immense courage, sacrifice and service to your king and country. We are humbled by the greatest love you have shown,” they toasted. “We have not broken faith.”

When Larry and his family first heard about the tribute covers, their first thought was that they needed to find their soldier among all the dead, but then they realized the impossibility of that. Instead, they have special-ordered copies with his name, and Larry continues to unearth everything he can of his once-obscure great-uncle’s life and service.

Maj. Elliot’s attestation papers can be seen in this searchable database of the fallen here.

Bomber bombs again: To hardly anybody’s surprise Bombardier announced another round of layoffs as the aerospace giant struggles to once again turn itself around. The plane and train maker is slashing 5,000 positions, roughly 3,000 of which will impact workers in Canada. Of course, it wasn’t all that long ago that the Quebec and federal governments ponied up a combined $1.372 billion in the most recent bailout effort for the manufacturer. Not surprisingly, the opposition had a field day: Asked NDP MP Guy Caron: “The Liberals could have made that loan conditional to job protection, why didn’t they?” (Global News)

* Correction: Thursday’s Politics Insider newsletter incorrectly stated the membership of Parliament’s national security oversight committee was announced this week. The make-up of the committee was in fact announced in November 2017.