The social media vomitorium's growing role in the SNC-Lavalin saga

Politics Insider for March 8: Trudeau must have lost the 'contrition' memo, follow the tweets, and a simple solution for the Liberals 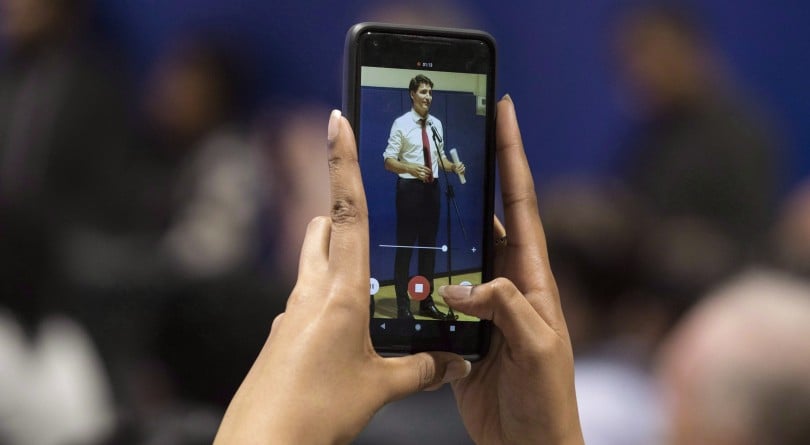 Apology expected: Ahead of Prime Minister Justin Trudeau‘s first press conference devoted solely to the SNC-Lavalin controversy, most observers thought they’d hear some form of apology from him. Leaks to the media had suggested Trudeau spent considerable time honing a message of contrition for a saga that had lost his cabinet two high-profile members, as well as cost the job of his closest advisor.

Instead Trudeau delivered a non-apology for the ages, writes Anne Kingston, who notes that when pressed to be personally accountable, Trudeau has a tendency to transform things into a ‘teaching’ moment. On this day, it did not work:

If the presser was intended to quell the controversy, it failed. Maybe it was assumed that Trudeau’s physical presence equals transparent and accountable government. His respect for justice, Trudeau pronounced, is unassailable, part of his DNA. After all, his father was once the justice minister. He recast the issue at hand in now-rote terms: the government’s unwavering commitment to protect “9,000” jobs and pensioners. He could have made the point that such noble ends meant they screwed up inadvertently on the “means” part. But he didn’t. (Maclean’s)

At one point a reporter specifically asked Trudeau if he was apologizing for anything today—to which he noted, yes, as a matter of fact, he was on his way to Canada’s north to deliver an “Inuit apology.” But he quickly followed that by batting away the apology question. “I continue to say there was no inappropriate pressure.” (He never made the Inuit apology either, in the end. A blizzard kept him from traveling to Iqaluit.) (Global News)

One reason Trudeau may have opted against contrition is a bet that if he lets the story of SNC-Lavalin and Jody Wilson-Raybould play out long enough, eventually Canadians will lose interest. (Maclean’s)

Dispatches from the vomitorium: Social media has played a prominent role in the SNC-Lavalin controversy in a way that’s different from comparable scandals past. From that first Globe and Mail story alleging Wilson-Raybould faced pressure to help the company avoid prosecution, the tweets of various players have hinted at where the story might head next. For example: Jane Philpott posts a tweet praising Wilson-Raybould, two weeks later Philpott resigns on principle too. The past 48 hours has seen social media make headlines in several ways:

Missed opportunity: As Gerald Butts explained in his testimony Wednesday, the initial plan for last fall’s cabinet shuffle would have seen Wilson-Raybould moved to Indigenous Affairs, a position she refused to accept because of her long opposition to the Indian Act. While many agreed the idea of putting Wilson-Raybould in charge of Indigenous Affairs was a terrible one (including Butts, in hindsight), some Indigenous leaders think its a missed opportunity not having Wilson-Raybould lead that ministry. Said Heather Bear, vice-chief of the Federation of Sovereign Indigenous Nations: “I would have welcomed her presence there in order to fix what we know is wrong with the system. I do question whether or not it would have been wise for her to occupy that space and maybe come up with some solutions, but it is a difficult situation.” (Canadian Press)

This one’s on us, Justin: After Trudeau’s non-apology apology, Conservative strategist Jason Lietaer tweeted out a simple statement that could make the whole SNC-Lavalin problem go away for the Liberals. Maclean’s asked him to elaborate on it, and he did, with a two-minute crisis fix for Trudeau. (Maclean’s)