The trouble with the 2016 federal budget 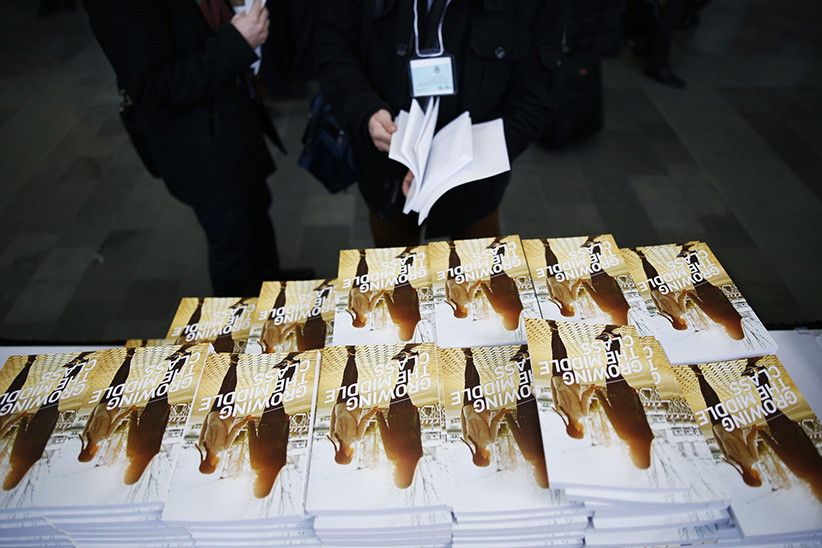 There are many good things in Finance Minister Bill Morneau’s first budget. It is positive, for example, that the fiscal authority now is working with the central bank instead of against it.

Unfortunately, the budget also prominently features one “David,” and his sense of entitlement; Morneau is overly protective of him.

David is Budget 2016’s everyman, the Liberal government’s caricature of a typical Canadian. David grew up in the True North, strong and free, but he was priced out of his childhood neighbourhood, one assumes by bankers, lawyers and architects. He married Neera, who immigrated as a student. They both are “highly educated,” and both have jobs. They also have daughters (we aren’t told how many), whom Neera likes to take to the market on weekends. It will surprise no one who followed the narrative of Prime Minister Justin Trudeau’s successful election campaign that David and Neera are despondent, especially David, who appears to be lamenting his career choices. According to the budget, “David, who just turned 40, is finding it difficult to increase his salary without changing jobs or relocating to a different city—something that is less attractive now that his children are in school.”

I think we are supposed to feel as sorry for David as he feels for himself. That would be easier if he were a laid off oil worker who had been told by smart people for more than a decade that crude prices were headed to $200 a barrel, and that Canada was on the verge of becoming an energy superpower. That David would have had his life upended over the past year by forces beyond his control. But the lack of a satisfactory raise notwithstanding, Morneau’s David appears to have a decent job. A higher salary is available to him—all he needs to do is change jobs or move to a place with a hotter economy. Except he doesn’t want to do either. He likes his life as it is.

Morneau and Trudeau want the Davids of Canada to have that comfortable life. There is little in the financial plan they released on March 22 that would suggest to David that prosperity in the post-crisis economy may involve moving to where the good jobs are, not waiting for them to come to him. Nor is there anything that would nudge David or Neera to start a company if they are unhappy with the lives their stagnant salaries afford them. This should trouble anyone who worries that Canada’s economy may lack what it takes to compete globally. Budgets are expressions of a government’s priorities, and the Trudeau government had little to say about business.

The Big Item in the budget is the Canada Child Benefit, which will redistribute $5 billion annually to lower- and middle-income families. The Finance Department estimates the payments will add about 0.2 per cent to gross domestic product in 2016 and 0.4 per cent in 2017—a marginal return for a such a big investment. David, Neera and most everyone else who qualifies for the benefit are slammed with record levels of debt, an there is evidence that Canadians are using any windfalls from the government to level the playing field with their banks, not stoke new demand. “The household-oriented measures taken by Finance Minister Bill Morneau will contribute to mitigate the risks associated to household indebtedness; by far the largest concern for financial stability in Canada,” economists at Laurentian Bank said in their analysis of the budget. The Child Benefit isn’t economic stimulus; it’s debt relief for Canadian households.

Spending billions to bail out families beats rescuing bankers, or Bombardier. And perhaps it’s only fair, given that households have been asked to carry the Canadian economy in recent years with little help from government spending or business investment. But Morneau’s initial foray into economic planning puts too much emphasis on the teachings of Thomas Piketty, the French economics professor who documented the spread of income inequality in rich countries, and too little on Canada’s bigger economic problem: competitiveness.

David and Neera represent a speechwriter’s attempt to cement the unfairness of an economy in which the incomes of the middle class are growing only a little, while those of the richest one per cent are growing a lot. This is a problem, to be sure. Wide gaps between the wealthy and everyone else create political unrest of the sort taking place now in the United States. But it is not an extreme issue for Canada; the gap between the richest and the rest matches the average of the Organization for Economic Cooperation and Development, a group of 34 rich countries.

Where Canada does poorly is on almost every international measure of productivity, innovation and investment in research and development. “What should we do?” Kevin Lynch, vice-chairman at Bank of Montreal and a former senior public servant, asked in the Globe and Mail last year. “The simple answer is change—the evidence rather clearly suggests that more of the same is not going to solve the problem.”

Change may come. Morneau said the government will spend the year studying innovation, and the budget does contain money for research and technology clusters. The government plans to spend tens of millions of dollars on infrastructure over the next decade, but winning projects will have to prove they will boost Canada’s economic potential. And Morneau balked at raising taxes on capital gains and stock options after some of the country’s most successful entrepreneurs told him the move would hurt startups.

But it was reasonable to expect a greater emphasis on competitiveness and entrepreneurship in the budget. Barron’s magazine last week released its list of the world’s Top 30 chief executives. No Canadians made it. There is a reason for that: We lack a serious entrepreneurial culture. That must change, and it will take the government to lead it.

Trudeau and Morneau have missed their first chance to do so. Instead, they reinforced through “David” that most undesirable of Canadian characteristics: complacency.