Nov. 21: The Auditor General blasts the Liberals over fighter jets, StatsCan's communication breakdown and Ottawa readies to force postal employees back to work 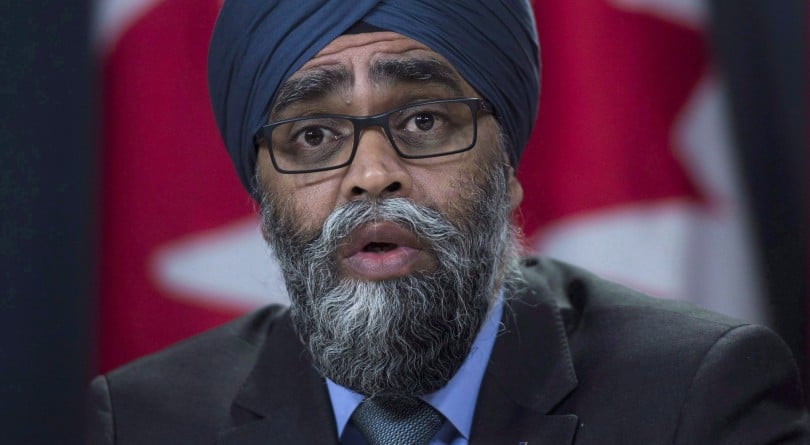 Have planes, need pilots: First off, Ferguson highlighted a credibility gap in the Trudeau government‘s 2016 claim that Canada’s air force suffered from a “capability gap” in its commitment to NORAD and NATO that could only be filled by immediately buying a fleet of new aircraft. The problem, Ferguson noted, is that Canada’s military already has too few pilots and technicians to fly and maintain the fleet of aircraft it has now: “The fighter force could not meet the requirement because National Defence was already experiencing a shortage in personnel, and the CF-18 was old and increasingly hard to maintain.” (CBC News)

Conservatives have long insisted the Trudeau government cooked up the “credibility gap” has a way to get out of buying the new F-35 stealth fighter, the favoured jet of the Harper government, once it’s ready for deployment. So no surprise, the Conservatives were quick to seize on the AG’s findings. (Global News)

Unsafe, unsound: Spot audits of six medium- and high-threat embassies and missions abroad revealed a dangerous lack of protection against security threats, the AG report found: “We concluded that Global Affairs Canada did not fully meet its physical security needs at mission abroad to protect its staff and assets,” the report says. (Global News)

Who knew? The three government departments that own most of Canada’s designated heritage buildings don’t actually know how many structures they own. (Canadian Press)

Among the other findings: Ottawa has no clear strategy for improving broadband internet access in many parts of rural Canada;,  Revenue Canada is all over the map in how it treats different Canadians; and Correctional Services Canada faces a growing backlog of inmates waiting to be released into community service and even when they are the agency fails to monitor them properly.

Statistics Canada excels at informing Canadians about their world. Unfortunately it doesn’t appear the agency put as much effort into informing officials in Ottawa about its plan to scoop up personal finance data on Canadians from their banks. Industry Minister Navdeep Bains, the minister responsible for StatsCan, told a parliamentary committee he hadn’t heard about the agency’s plan until it was reported in media. (Similarly Canada’s privacy commissioner said he didn’t realize the full scope of the plan until it was reported.) (Global News)

Former governor general David Johnston released his expenses, showing that in the six months after he left the position he’s billed taxpayers more than $76,650. He opted to release the expenses after revelations about former GG Adrienne Clarkson‘s post-regal expenses caused a minor scandal last month. Since leaving the post in 2005 she’s expensed more than $1 million. (Canadian Press)

Of course, if Johnston keeps up his pace of spending, he’d rack up roughly $150,000 annually—over 13 years that would be just under $2 million.

The Liberals and NDP have formally asked the Federal Elections Commissioner to look into whether there’s collusion between the Conservatives and a Chinese-Canadian developer who has set up several non-profit organizations to encourage other Chinese-Canadians to vote Tory in the next election. (Globe and Mail)

The Trudeau government will introduce back-to-work legislation to end the Canada Post strike if the two sides don’t reach an agreement. (CBC News)

The fastest way to a Dippers heart… : With the federal NDP falling far behind the Liberals and Conservatives in fundraising, the party has cooked up a new money-raising gimmick: donate to the party and leader Jagmeet Singh might make you a home-cooked meal. (CTV News)