Back after exile, veteran MPs return to Ottawa

The class of 2015 has 197 rookies, but it also includes 14 MPs who are returning to Ottawa after an absence 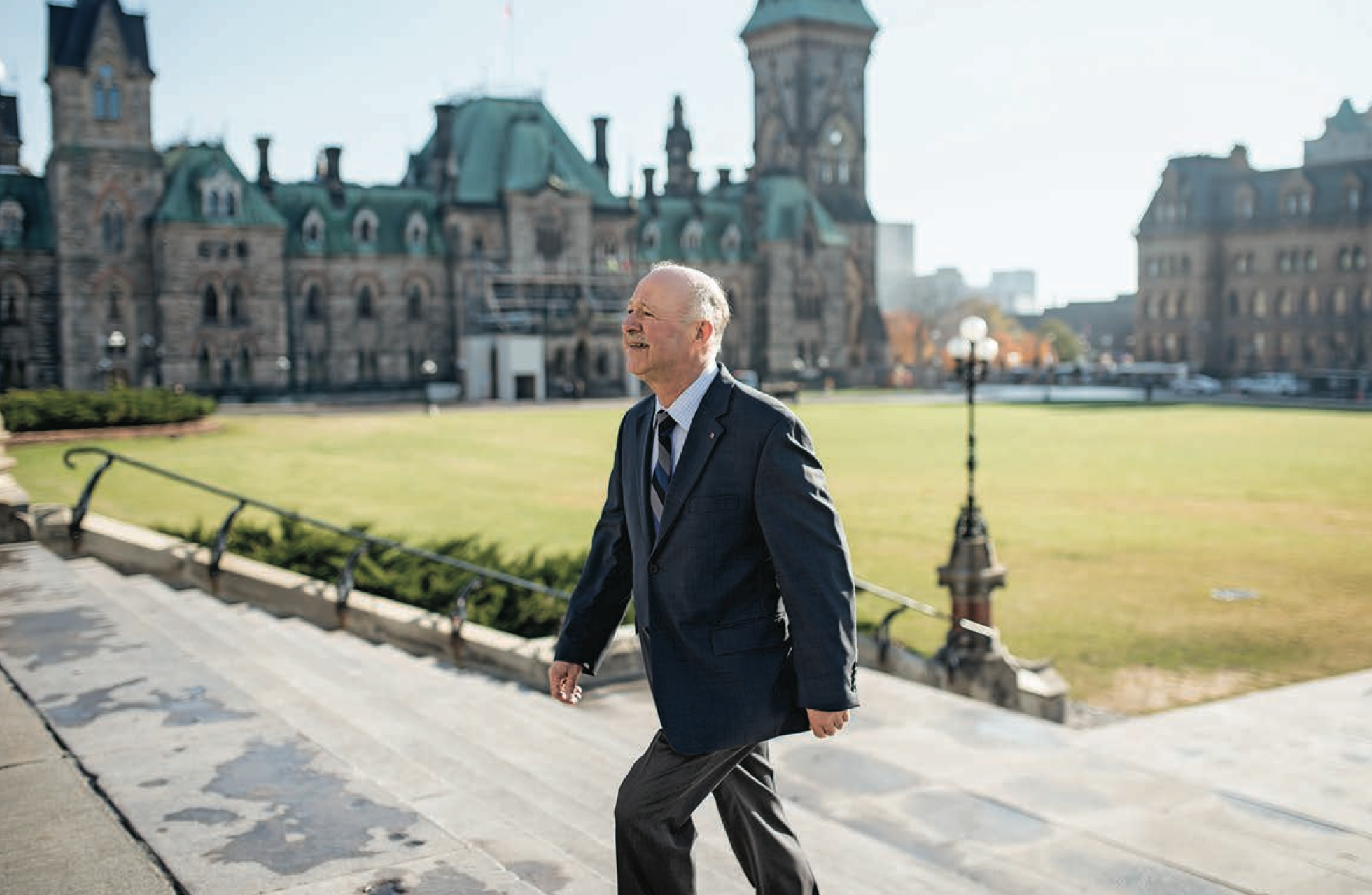 His wife wasn’t particularly keen and not many of his friends thought he should do it. But, a year ago, Denis Paradis decided to seek public office—again. He had lost the last three times he ran. “Yeah,” he says, “but I won four times before.” In his eighth federal election, he won again, this time, by a larger margin than ever.

“The best job in the world is a member of Parliament,” says Paradis, the new and former Liberal MP for Brome–Missisquoi. “When a majority of 100,000 people tells you, ‘We have confidence in you; you’re going to go to Ottawa and vote for us,’ that’s really a confidence that has no price.”

The class of 2015 has 197 rookies, the most in history, but it also includes 14 MPs who are returning to Ottawa after an absence. Almost all of those 13 Liberals and one Conservative were defeated in an election, yet decided to run again. One exception, Bob Nault, spent more than a decade away. All of them demonstrate something about the enduring allure of public office.

“I love being a politician. I enjoyed 95 per cent of it. Five per cent of it I hated. But every job has that,” says Nault, the returning Liberal MP for Kenora. “I like people. I like trying to solve problems. I like to get people in the same room to figure out where we’re going.”

Eleven of the 13 returning Liberals were swept out of office in their party’s brutal 2011 result. But both Paradis and Nault are throwbacks to an earlier era. Paradis was ﬁrst defeated in 2006, the result, he figures, of the sponsorship scandal. Two years later, the damage of that scandal still hurt his chances and, in 2011, his riding went to the NDP in the orange wave. “It’s not that people have anything against me,” he says.

Nault, on the other hand, notes that he has never lost an election. He withdrew from seeking a nomination in 2004 amid the Liberal party’s fractious change of leadership from Jean Chrétien to Paul Martin. “I left when my daughter was 10 and my son was six. It was tough, of course, when you have small children. I get where [Peter] MacKay and [James] Moore and those guys are coming from,” he says, referring to two Conservative cabinet ministers who stepped aside earlier this year, citing family concerns, “because I was down that same road and, after 16½ years and three consecutive majority governments, it was pretty much time to do something else. Basically, I didn’t believe I was a career politician, and I still don’t think I’m one.”

Nault set up a consultancy and dealt with Aboriginal and energy issues, and he and his family spent time in Penticton, B.C., and Calgary. (Nault proudly notes that, because of the riding he lived in, he was able to vote against Stephen Harper twice.) Paradis, a lawyer by trade and a former president of the bar association in Quebec, worked on his vineyard and involved himself in the legal community.

The riding of Brome–Missisquoi sits on the Quebec border with Vermont. Paradis says he was motivated to run out of concern for the two international lakes his riding shares with its American neighbours, Lake Champlain and Lake Memphremagog. The former has had algae blooms and the latter is near an American landfill. He talks hopefully of amending a century-old treaty to better ensure environmental protection. “I decided to run, mostly to make sure that we leave to the next generation clear water on those two lakes,” he says. He’d also like to see passenger train service between Montreal and Beaumont and Sherbrooke, and he’s interested in seeing an international institute such as British Columbia’s Lester B. Pearson United World College of the Pacific in his riding. “There is so much to be done,” he says.

Nault says he ran again after encouragement from local Liberals and out of concern for the state of things. “Didn’t really imagine I’d ever run again, but, the more I thought about it, the more it made sense,” he says. “I think I came back, generally, because I wasn’t very happy with what’s going on in the country.” He came back to a political situation that had changed in the intervening years; he marvels at the expanded use of data to track voters, and notes that his campaign was run by two people with master’s degrees. But he still managed to beat both a sitting cabinet minister (Conservative Greg Rickford) and a high-profile New Democrat (former Ontario NDP leader Howard Hampton) for the seat. “I think it’s one of the most exciting and important things to do in your life,” says Nault of being an MP. “And if I could have thought of anything more exciting to do at age 59, then I probably would have went and done it instead.” He is concerned about the economic situation in northern Ontario and he’d like to see new road access to some of the remote Aboriginal communities in his riding and improvements to health care services.

He comes to Ottawa now a full 27 years after he first arrived. “It was a nervous excitement in 1988, because I really didn’t know what to expect. I’m excited this time, but for different reasons,” he says. He figures he has the distinct benefit of knowing how Ottawa works. “Being successful, believe it or not, has a lot to do with knowing whom to talk to and which button to push,” he says.

Nault was minister of Indian Affairs for 4½ years—controversially, he put forward the First Nations Governance Act in 2002—and Paradis served as a secretary of state for Latin America and Africa, an assignment that had him travelling to various corners of the world. Both, however, may return to Ottawa as backbenchers. Now might actually be a good time to be a backbencher. Justin Trudeau has promised a series of reforms and new significance for those MPs who sit outside cabinet. “If Mr. Trudeau does anything right,” says Nault, “he needs to change that perception that only those in cabinet have clout.” Indeed, Nault says the promise of empowered backbenchers was another motivation to run. “I like the idea that members of Parliament will be able to go and be more vocal for their region. I think that’s great for northerners. That’s great for rural MPs like myself, because sometimes we get lost in the shuffle,” he says.

Both Paradis and Nault commend politics and politicians. “You wouldn’t be cynical if you go there and see what you can achieve,” Paradis says of Ottawa. And both voice a similar standard for seeking office. “The first question you have to ask yourself is: Can I change things? Do I have the power to change things? And I answer ‘yes’ to that,” Paradis says. Explains Nault of his return, “I won’t like it if I can’t make a difference. I’ll like it if I can get things done.”