This little piggy goes to China 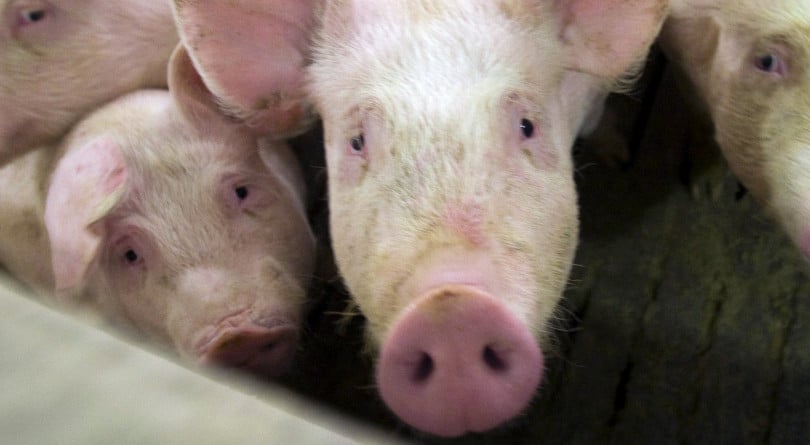 Re-election means never having to say you’re sorry: When Justin Trudeau gave his election night speech he sounded awfully triumphant for a guy whose government just lost its majority grip on Parliament. But as Paul Wells writes, with Trudeau’s strong results in Ontario and Quebec and the coalescence of the environmental vote behind him, the time for Liberal introspection is over. And Wells offers some handy career advice to boot:

This government will feel confirmed in its beliefs, comforted by the numbers, vindicated against any criticisms the likes of me might have had to offer. It will be determined to deliver more of the same. It will “green the economy” the same way it “saved newspapers” and “launched superclusters,” by hosing billions of dollars hither and yon. It will execute an end run around The Resistance by working with big-city mayors and big business. If you’re in the market for a new career, you need to hurry up and hang out your shingle as a clean-tech consultant, because this government just loves to aim the money hose wherever the right kind of hired expert points. Read more ››

The PMO you know: Reinforcing the idea that Trudeau is not a man under pressure — if his three-day surfing trip to Tofino didn’t convey that already — Liberal sources are letting it be known that Katie Telford will stay on as Trudeau’s chief-of-staff and not, as rumoured, be dispatched as ambassador to Washington. Nor is Trudeau in any rush to put MPs back to work in Parliament. He’ll decide whether to bring back the House in December or wait until the new year after he meets with opposition leaders next week.

Anyone but…: This afternoon Conservative MPs will gather for the first time since that empty net was missed, and Andrew Scheer’s continuing position as team captain will be put to its first test. The party caucus has the option of adopting rules that could trigger an immediate review, and the Toronto Star reports some MPs and party activists want Scheer gone. “It’s not around a (leadership) candidate, it’s an anti-Scheer movement,” one unnamed party source told the Star. “There’s people from all over the Conservative family.” But another source told the paper no one has yet stepped up to propose action.

Scheer’s moment of truth: Against that backdrop Scheer’s task at caucus, writes Stephen Maher, will be to convince his MPs that he has figured out where things went wrong and is ready to make the necessary changes to avoid a repeat:

Scheer’s friends are conspicuously silent, and it seems unlikely that he can survive a leadership review vote in April, which means the Conservatives may be in for a backstabbing season like that of 1983, when MP Elmer MacKay, Peter’s father, memorably described Joe Clark, his leader, as “the dogfood that won’t sell.”

That struggle ended when Clark faced a leadership review vote, which he lost with 66.9 per cent of the vote. He went on to lose the following leadership race to MacKay’s friend, Brian Mulroney.

To avoid a drawn-out period of knife fighting with Mulroneys and MacKays, which would distract the party from its important parliamentary business, Scheer should likely resign. If he won’t do that, the caucus should likely dump him. Read more ››

China puts a fork in pork ban: With Canada’s political apparatus still on hiatus, Trudeau took to social media to announce that China has lifted its four-month-long ban on Canadian exports of pork and beef, just one of several retaliatory measures Beijing has undertaken after Canada arrested Huawei executive Meng Wanzhou on a U.S. warrant. True that two Canadians remain detained in China under conditions that would be judged as torture in Canada, and China’s blockade against Canadian canola seed and soy beans is still in force, but the end of the pork ban was a rare win for the Trudeau government in its relations with China (even if the move probably had more to do with rising pork prices in China from the swine flu crisis.) Alberta Premier Jason Kenney even almost complimented Trudeau for the policy reversal: “Thanks to all Canadian officials & industry representatives who have worked hard to restore access.”