Philippe J. Fournier: The 2015 Trudeau coalition may be falling apart as the NDP and Bloc surge. It has left the Conservatives with the slightest edge. 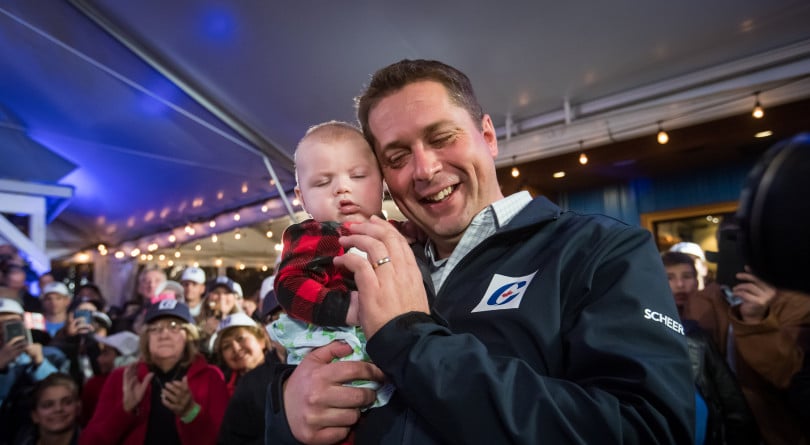 The next time someone tells you leaders debates do not matter in a campaign, you’ll be able to point towards this 2019 federal election.

While voting intentions had remained mostly stable for the first half of the campaign, it appears Canadians paid close attention to the leaders’ debates. In the past two weeks, pollsters have measured two distinct movements in voting intentions in the country:

Here is a look at the political landscape exactly one week from the 43rd Canadian federal election. The federal polls are listed here. For details on the 338Canada methodology, follow this link.

The Conservatives and Liberals remain in a statistical tie in the popular vote projection again this week with the slightest of edges going to the Tories. However, it is important to note that both parties have shed support since the commission debates: 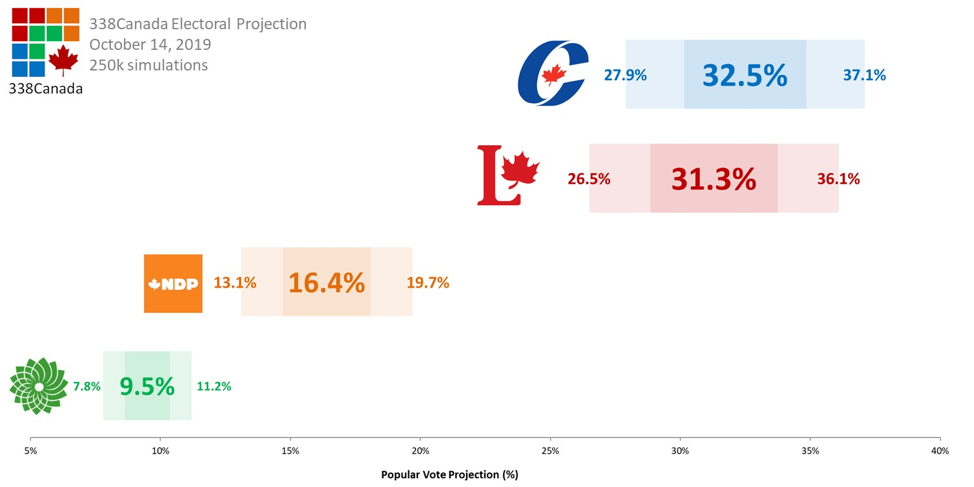 The NDP gaining support in both Ontario and British Columbia and the Bloc regaining relevance in Quebec must be what Liberal nightmares are made of. While the Conservative base of 31 to 33 per cent appears rock solid, all these numbers indicate that the 2015 Trudeau coalition may be falling apart.

Here is the national seat projection: 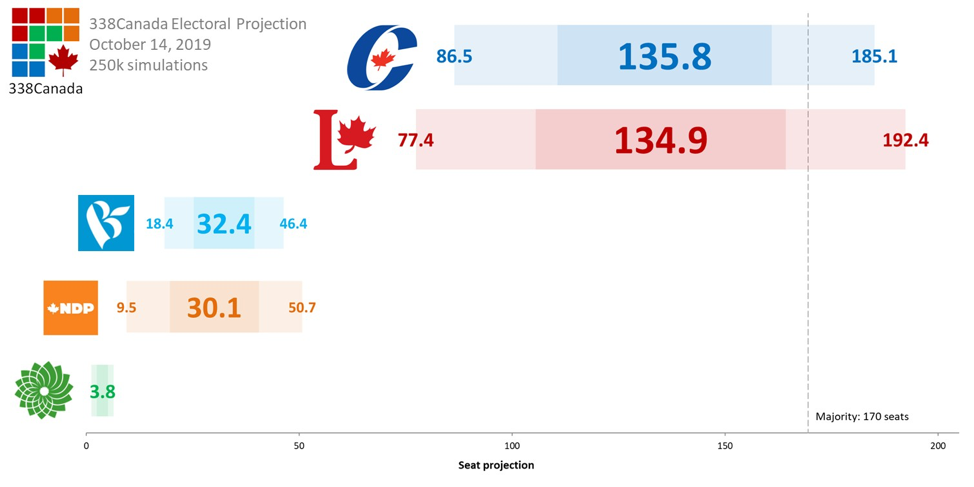 Regular readers of this column will notice that the confidence intervals (coloured bars) of the LPC and CPC have gotten ridiculously large—and they would be correct. With both parties averaging barely 135 seats apiece, the 338Canada model has no fewer than 139 of 338 electoral districts labeled as either “toss up” or “leaning”—meaning more than a third of all ridings remain too close to call. (See full list of toss up and leaning ridings here.)

Another way to visualize the projection’s uncertainty is to graph the probability density of the seat projections: 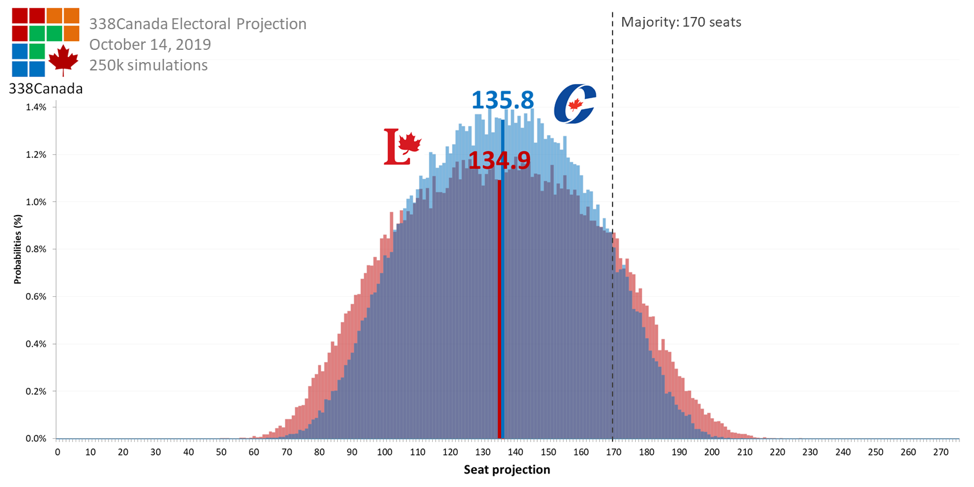 On the graph above, each column is a potential seat total; the higher the bar, the higher the odds. Since these curves closely follow a Gaussian distribution, the results near the middle of the curve are more likely to happen than the extremes. And, as you can see above, the two bell curves overlap each other almost perfectly.

Moreover, since both parties’ averages stand below 140 seats, it means that, according to current numbers, the probability of a majority government have decreased significantly. A “weak minority” scenario, with both the Liberals and Conservatives below 140 seats (and where not a single party holds the balance of power) appears to be more and more plausible.

In a campaign, momentum is hard to build and hard to stop when it gets in motion (as a physicist, I am tempted to bring up Newton’s second law of motion, but I digress). Should the Bloc Québécois and the NDP keep increasing their support over the next seven days, it will most likely hurt the Liberal seat projection more than the Conservatives’. Hence, Andrew Scheer could become Canada’s 24th Prime Minister…

… should he and his Conservative MPs manage to win confidence of the House, which will be no small feat. But more on this hypothetical scenario in another column.