Politics Insider for Nov. 15: Singh lays down the law with Trudeau (sort of), more east-west fighting words and the deficit hole is about to get deeper 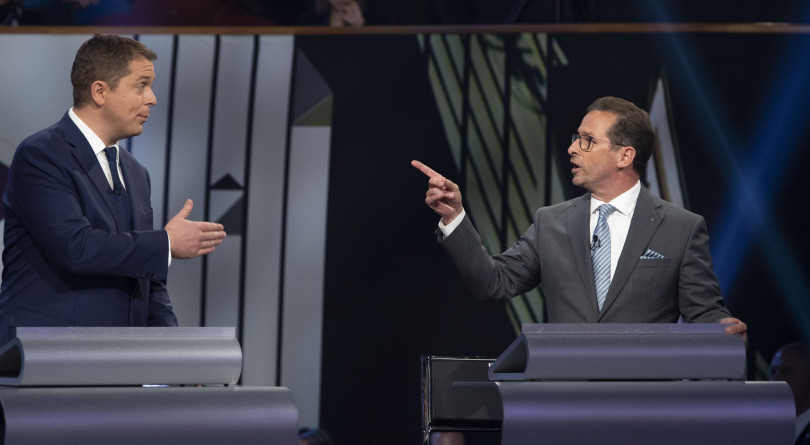 Dipper demands: Jagmeet Singh’s NDP may have lost one-third of its seats in the last election, and its finances have crumbled, but from his reduced perch Singh still sought to put Justin Trudeau on notice when the two leaders met Thursday. With his list of demands for the Liberal minority government — pharmacare, tougher climate change action and an end to a federal court appeal in a case involving Indigenous families hurt by the child welfare system.

Sure, Trudeau could likely hold onto power even without the NDP by leaning on the separatist Bloc Quebecois, which has more seats, but that wouldn’t be very Canadian now, would it.  “If Mr. Trudeau wants to pass … something that’s national and progressive that benefits all Canadians, he’s got really just two choices. He can work with us or the Conservatives.” And if it comes to it, Singh said he’s good to hit the campaign trail right away: “I’m ready. I’m ready any time.”

So much chirping: With federal politics effectively on hiatus while Trudeau plans his new cabinet and figures out how to govern a divided nation, the chasms are growing wider. After Blanchet said he wouldn’t offer separatist advice to no oil-soaked Wexiters, both Andrew Scheer and Jason Kenney swiped back at the Bloc leader. Scheer blasted Blanchet as “disingenuous because he refuses to acknowledge how much his province has benefited from the west’s economic success. His hypocrisy and double-standard are astounding.” Likewise Kenney told Blanchet to “pick a lane” — if Quebec doesn’t want Alberta oil, it should be fine not getting Alberta equalization resources, he said. Eager for the last word, Blanchet told his federal counterpart he should try debating “without insult,” then joked that if he ever goes to Alberta to talk about oil, he’d need to bring along “security friends” in case he’s attacked.

Rough seas ahead: Canada’s parliamentary budget officer is offering a grim assessment of the country’s economic outlook, what with trade wars and protectionism around the world sapping demand for Canadian stuff. And that anticipated slowdown will put more of a burden on federal finances — the PBO now believes weaker growth will deepen the annual deficit by an average of $1.6 billion through to 2025, when the deficit is nevertheless still expected to be $11.1 billion. Mind you, none of these figures even account for all the campaign spending promised in the last election.

While nobody’s looking: With Democrats and Republicans at each other’s throats over impeachment proceedings against Donald Trump, the USMCA trade deal is making surprising progress towards being ratified by U.S. Congress. “I do believe that if we can get this to the place it needs to be — which is imminent — that this can be a template for future trade agreements,” Nancy Pelosi, the Speaker of the House of Representatives, said Thursday. “I’d like to see us get it done this year. That would be my goal.”

Sergei Magnitsky’s heroic sacrifice: The second episode of the Maclean’s Power of One podcast is out today. It tells the story of Magnitsky, the brilliant tax lawyer who died defending the rule of law in Vladimir Putin’s Russia, and whose name is now a byword for international justice — multiple countries have adopted Magnitsky Act legislation allowing authorities to take action against human rights offenders by freezing their assets. Give it a listen here, where if you missed it you can also catch the story of .Juan Pujol Garcia, the fabulist and spy who saved D-Day.