Trudeau and Kenney: Well, this was coming

Paul Wells: While Kenney's opposition to Trudeau's carbon-tax and rebate mechanism is a challenge for the Prime Minister, it is multiply precedented 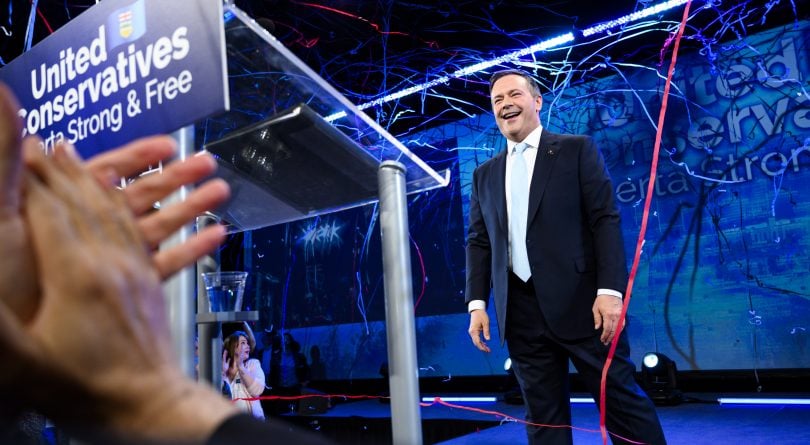 Over-dramatizing is an occupational hazard in my line of work, and you’re right, I’m not immune. A lot of the coverage about Jason Kenney’s election, and the situation it puts Justin Trudeau in, might suggest it’s some kind of unprecedented thing. No, it is amply precedented. Precedented in many ways.

At the most general level, prime ministers run into trouble. It’s why we try to make the job hard to get. Lester Pearson cannot have expected that when he implemented a great idea like public pensions, he’d have to deal with a Liberal government in Quebec that wouldn’t want any part of it. Pierre Trudeau didn’t expect terrorist kidnappings, the election of René Lévesque as Quebec premier, a global oil shock, all kinds of stuff that honestly, nobody else would have had an answer for either. Stephen Harper was not expecting his intergovernmental-affairs minister to quit. He didn’t think he’d get up one morning and join Barack Obama to buy a big chunk of General Motors. If you can’t improvise in this job, you shouldn’t have it.

More specifically, Kenney is not exactly an unknown quantity in Canadian politics. He worked in Ottawa for 19 years. Screwed up a few times, had some successes. Just about every opponent he’s ever faced has depicted him as a wild extremist, but in another life he could have served comfortably in the provincial cabinet of any Alberta Conservative premier since Peter Lougheed. His government is more of a reformation than a revolution.

And while Kenney’s opposition to Trudeau’s carbon-tax and rebate mechanism is a challenge for the Prime Minister, it too is multiply precedented. For Trudeau’s first four years as an MP, 2007 to 2011, Alberta had a premier, Ed Stelmach, who was ready to fight any federal government that tried to implement a national carbon-pricing scheme. And Stelmach didn’t much care that the government in question was Stephen Harper’s: He mused at one point about gumming up the federal equalization system (somehow; it wouldn’t have been easier then than now) if forced to accept a cap-and-trade scheme. And Stelmach was a step up from Ralph Klein, who wasn’t always sure climate change wasn’t caused by dinosaur farts.

So the current state of affairs—Kenney, Doug Ford, Scott Moe, Brian Pallister and Blaine Higgs opposed to Trudeau’s carbon policy, three of them fighting it in court—is well within the range of what Canadian prime ministers have had to face, and it’s something Trudeau must surely have seen coming. As one possibility among many, at least. I wonder whether he wishes he’d moved faster; Canada’s total carbon emissions rose in 2017 when Kathleen Wynne, Philippe Couillard, Brian Gallant and Wade MacLauchlan were still Liberal premiers. (François Legault, who beat Couillard last June, isn’t opposing the feds on carbon pricing, but he’s less help than his predecessor.) It’s common, on the night before an exam, to wish you’d started studying last month.

It’s mean of me to belabour the challenges Trudeau faces. He has a carbon plan, at least; Kenney does too, but it says here in the Globe that it’s a bad one. And Andrew Scheer has none.

But maybe I can say two things about that. First, it’s common for opposition leaders to hold their cards close; Trudeau didn’t introduce his own carbon policy until February of the 2015 election year. Still faster than Scheer, to be sure. But Trudeau’s 2015 plan was culpably vague. As I’ve written before, the term “middle class” appeared 133 times in Trudeau’s 2015 election platform, including in its title. The word “carbon” appeared only 10 times. Six of those mentions referred to a “Low Carbon Economy Trust,” a pot of federal money that would reward provinces for having policies that cut carbon emissions, like energy retroﬁt programs for houses.

By and large, Trudeau’s 2015 platform made climate change sound like a chance to earn money. The other mentions of carbon in that platform were passing references to a price on carbon that would be agreed harmoniously with cheerful provinces. A Trudeau government would “ensure that the provinces and territories have targeted federal funding and the flexibility to design their own policies to meet these commitments, including their own carbon pricing policies,” the platform said.

When it came out, then-NDP MP Megan Leslie said Trudeau’s carbon plank was “nothing but platitudes and vague promises.” And David McLaughlin, a pro-carbon-tax red Tory, said the plan was risky because it assumed provincial cooperation. So again, the current state of affairs was not impossible to predict.

The second thing I want to say is, the Trudeau Liberals actually have some latitude in deciding what to do about all of this. I see three options. The first is ridiculous: surveying all the provincial opposition to their carbon plan, they could simply drop it. That’s not my advice. But the second option is becoming a shaky path too: that they bully through, hope to be three-times lucky in court, and hope the extraordinarily stubborn losing streak of provincial Liberal parties across the land isn’t an omen of things to come for the federal party.

Trudeau would be helped, if he chose to keep charging ahead on a carbon tax-and-rebate, by some decent policy design: the rebates are designed to be, for most consumers, larger than their carbon tax paid at the pump. I mean, maybe the thing is so attractive that Ontario and Alberta voters wanted to ensure they’d get in on it by electing governments that would trigger the federal intervention. Right? No? Oh well.

The third option is that Trudeau could be flexible in response to fast-moving events. Max Fawcett has already argued in these virtual pages for a strategic retreat from the tax-and-rebate plan. Trudeau Liberals will view the very notion as an affront. The fight with Scheer and Kenney and the rest makes them feel good, surely better than the news that their tax-and-rebate plan cannot take Canada to its 2030 emissions target. Even if it can be implemented. Even if implementing it doesn’t cost the Liberals the election.

One-third of the way through a tough 2019, the Trudeau Liberals are spending a fair bit of time seeking comfort. They kicked two former cabinet ministers out of caucus because the apostates were harshing their buzz. The alternative to feeling good is being effective. A Liberal-friendly think tank is bringing Barack Obama to Ottawa in May, because nothing gladdens the heart of Liberals more than the sight of a winning U.S. Democrat. Perhaps Obama will mention that the fragile progress he made on greenhouse-gas emissions was the product of constraining regulation, not a carbon tax or an emissions market.

Obama never had the luxury of a honeymoon. He came to office during a global economic crisis, soon faced Republican majorities in Congress and in most state governors’ mansions. He had to decide what would be effective, accept partial victories or even just limited losses.

The Justin Trudeau who won the 2015 election understood this. He made a virtue of agility and surprising audacity. Canada mustn’t run deficits? Sure it could run deficits. It couldn’t accept more refugees? Sure it could. A lot of things decide elections, but often it seems that the winner is the leader with a wider sense of what’s possible, while the loser seems stuck and interested only in doubling down.