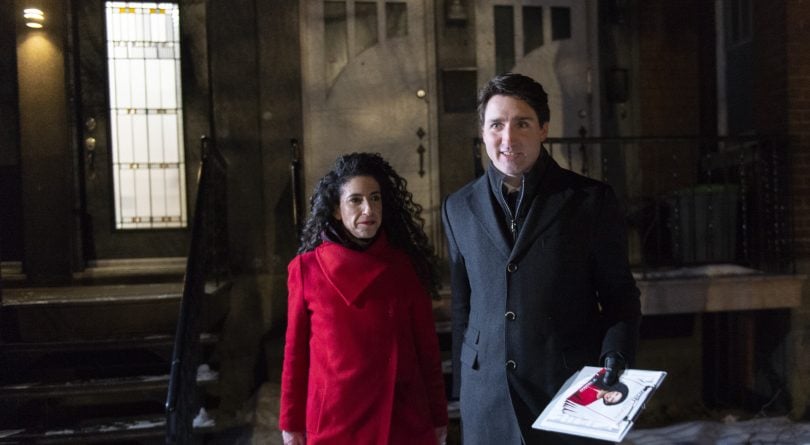 Prime Minister Justin Trudeau campaigns for the next byelection in the Outrement riding with candidate Rachel Bendayan in Montreal on January 28, 2019. (Paul Chiasson/CP)

Jody Wilson-Raybould lifted a veil on the unseemly (and blatant) intersection between government decision-making and electoral calculus in the former justice minister and attorney general’s testimony to the House of Commons justice committee. She cited four occasions on which Prime Minister Justin Trudeau or senior aides—even Canada’s top civil servant—brought up a forthcoming election (Quebec’s or their own) during a discussion of a potential deferred prosecution agreement for SNC-Lavalin, which Wilson-Raybould did not support.

From her explosive half-hour opening statement:

He wanted to talk about SNC and what we could do, if anything, to address this. He said to her that if they don’t get a DPA, they will leave Montreal, and it’s the Quebec election right now, so we can’t have that happen. He said that they have a big meeting coming up on Tuesday and that this bad news may go public.

They said that they think we should be able to find a more reasonable resolution here. They told her that SNC’s next board meeting is on Thursday (Sept 20). They also mention the Quebec election context.

The PM again cited potential loss of jobs and SNC moving. Then to my surprise—the Clerk started to make the case for the need to have a DPA—he said ‘there is a board meeting on Thursday (Sept 20) with stock holders’ … ‘they will likely be moving to London if this happens’… ‘and there is an election in Quebec soon’…

At that point the PM jumped in stressing that there is an election in Quebec and that ‘and I am an MP in Quebec—the member for Papineau.’

I was quite taken aback. My response—and I remember this vividly—was to ask the PM a direct question while looking him in the eye—I asked: ‘Are you politically interfering with my role / my decision as the AG? I would strongly advise against it.’ The Prime Minister said, ‘No, no, no—we just need to find a solution.’

My COS (chief of staff) said that this would obviously be perceived as interference and her boss questioning the DPP’s decision. Mathieu said that if—six months from the election—SNC announces they are moving their headquarters out of Canada, that is bad. He said “we can have the best policy in the world, but we need to be re-elected.