Trudeau looks to pick up more Alberta seats despite backlash 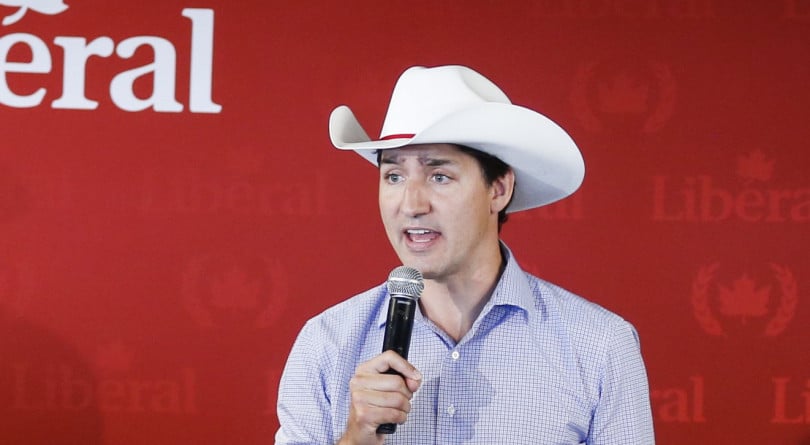 Breach reach: While the personal information stolen from 2.9 million Desjardins Group customers has likely already been sold to criminal groups overseas, members of the House of Common’s public safety and national security committee will meet today to find out how it happened and how such a breach can be avoided in the future. The emergency meeting of MPs will be held in camera behind closed doors from 1 till 6 p.m. (Meeting deets)

Committee chair and Liberal MP John McKay says the case will test Bill C-59, the federal government’s new national security legislation. “This is, if you will, almost a classic example, a working example, of whether the various interfaces that have been set up under C-59 can be stood up and can work,” he said on Global’s West Block. “I take some comfort in the fact that, under C-59, the government has set up an entity called Cyber Security or Cyber Security Task Force and it is to do the interface between industry, financial services and the Government of Canada.” (Global News)

A stampede to the Liberals?: Having recently announced that anti-pipeline activist Steven Guilbeault would be the Liberal candidate in Laurier-Sainte-Marie, Que., Justin Trudeau traveled to pipeline country over the weekend to defend his government’s track record on resource development. Guilbeault won’t be dictating environmental policies to the party, Trudeau said in Calgary, while insisting his party can actually add seats in Alberta: “We are going to, not just bring back our MPs, but bring back more MPs to Ottawa.” (CBC News)

Food for thought: Last month China banned all imports of Canadian beef and pork, citing a shipment of pork that contained a feed additive restricted in China, though Canadian officials say the shipment and import certificates are fraudulent and likely didn’t originate in Canada. Meanwhile, hundreds of food shipments from China have been seized by Canadian inspectors over health violations, ranging from “gum balls with ‘extraneous’ metal, to three-minute chow mein that contained an insect, to spicy octopus feet flagged for a ‘non-specific hazard.’ ” Documents obtained by the Canadian Press found that over the past two years nearly 900 Chinese products were intercepted for having faulty labels, unmentioned allergens and harmful contaminants. (Canadian Press)

Meanwhile in other China news: Watch for further developments today in the detention of a Canadian in China’s Yantai province. Global Affairs Canada has only said a Canadian was arrested. In the same province seven foreign teachers and nine foreign students were rounded up on drug allegations, but the agency hasn’t said if the Canadian detention is related to that. (CTV News)

A hard day’s night: Winnipeg MP Kevin Lamoureux resumed his call for Parliament to do away with marathon voting sessions that can require MPs to be at their desks for 30 hours or more. “I believe it’s only a question of time before someone will in fact die from it,” he said. “It’s insane and completely irresponsible.” (Canadian Press)

What the polls say about Election 2019:

We got ourselves a race again: The Liberal slump brought on by the SNC-Lavalin controversy has all but vanished, based on the latest vote projection from 338Canada, putting the Liberals and Conservatives neck and neck. Philippe J. Fournier unpacks the latest polls for Maclean’s:

Consequently, the seat projection this week is, quite literally, a dead heat between the two main parties. (Maclean’s)

Straw poll: Confirming the government’s own polling, a poll has found a large majority of Canadians are in favour of a ban on plastic straws and other single use plastics. The Nanos Research poll revealed 56 per cent of Canadians are in favour of a total plastic straw ban while 25 per cent said they are somewhat supportive of the idea. Only eight per cent said they’re opposed to the ban. (Globe and Mail)