Trudeau warns the rich to watch out, again 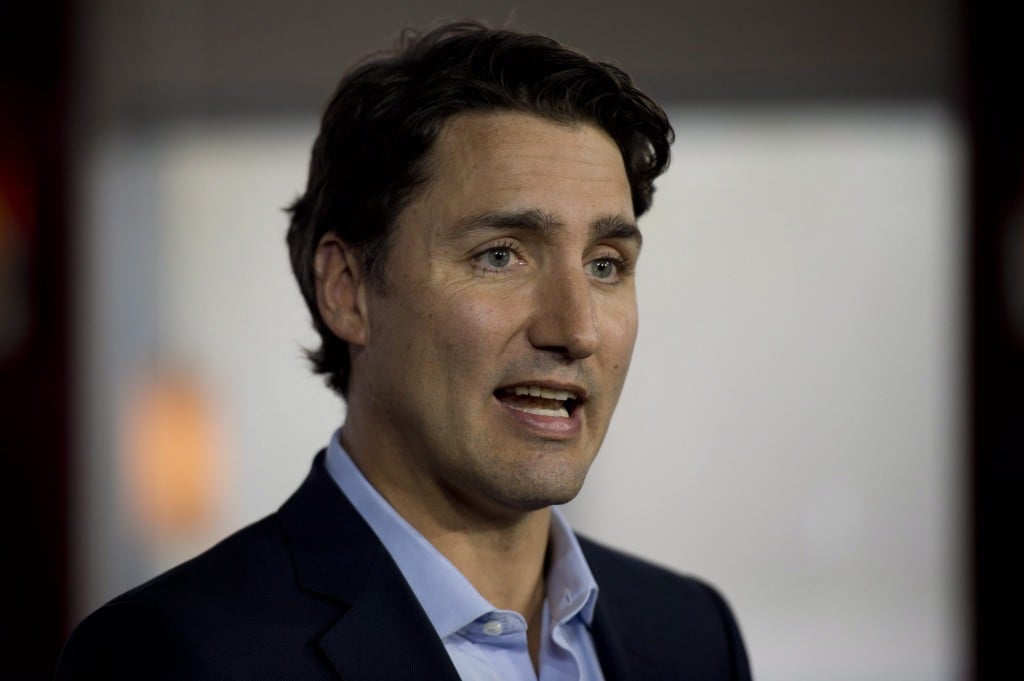 Arguably the most ominous element in Justin Trudeau’s way of talking about the economy is how he’s prone to warning rich Canadians that they had better be careful or the customarily amenable middle class will turn on them, or at least on the policies that help make them wealthy.

The Liberal leader delivered this message again in Toronto today at a key speech to a business lunch audience at the Canadian Club, but I first took note of him framing the stakes in the economic policy debate in this provocative way back in the winter of 2014, at his party’s policy convention in Montreal.

That was where Trudeau first established his assertion that middle-class incomes have stagnated in Canada as his signature policy theme. His argument was that the well-heeled had better start paying attention to the frustrations of those a notch below them on the economic ladder.

“To wealthier Canadians, I say this,” Trudeau said in Montreal. “The growth we have seen over the past three decades has been the product of a broadly supported agenda. Investments in education, fiscal discipline, openness to trade—all of which the middle class voted for, repeatedly. Here’s the point: The original promise of that agenda was that everyone would share in the prosperity that it creates. It hasn’t happened… and if we don’t fix that, the middle class will stop supporting a growth agenda.”

He reprised that warning today, but this time in the context of his own recent proposals to, at least in part, solve the problem. Last week, Trudeau pledged that if he’s elected prime minister, his government would create a new, higher tax bracket for income over $200,000, and use the $3 billion raised to pay for a tax cut on income from $44,700 to $89,401. To the Canadian Club audience—a large swath of which would presumably be dinged by the higher top tax bracket—Trudeau alluded darkly to what might happen if they balked at paying more.

“In short, fairness for the middle class and those working hard to join it is good for all of us. It’s good for Canada,” he said. “And, I might say, if we don’t deliver fairness, Canadians will eventually entertain more radical options. All of the time I’ve spent with Canadians tells me that the status quo is not sustainable. Change is coming, my friends. What we need is leadership and a plan to shape that change responsibly, for the benefit of all.”

It’s hard to know what to make of Trudeau’s hunch that the middle class is close to fed up. I wonder what “radical options” he’s heard about in that time he’s spent with Canadians. In fact, median incomes have been rising pretty steadily in recent years. Trudeau said, however, those income gains have been mostly limited to the oil-rich provinces, Alberta, Saskatchewan, and Newfoundland and Labrador. “But nobody should confuse this with robust growth,” he said.

Actually, growth has been more widespread than that, as this Statistics Canada table shows. For instance, in his home province of Quebec, the median income for families (including couples with or without children, and single-parent households) rose about 10 per cent to $70,480 in 2012 from $63,830 in 2008.

In any case, his contention that a better deal for the middle class is a matter of maintaining Canada’s “social cohesion” is now apparently fixed as a feature of his campaign rhetoric. It takes what can be a rather dry debate about economic options—the right mix of taxes and federal benefit programs—and turns it into a narrative about class friction and even societal justice.

This might be seen as a new way of positioning the Liberal party as the guardian of national unity. In times past, the party often presented itself as the bridge between Quebec and the rest of Canada. Now, Trudeau proposes his Liberals as the party that will prevent a rift between the complacent rich and the restive middle class.