Politics Insider for March 1: Liberals do their best damage control (and it goes poorly), Canada builds a new space arm (of course!), and Trudeau shuffles the deck chairs 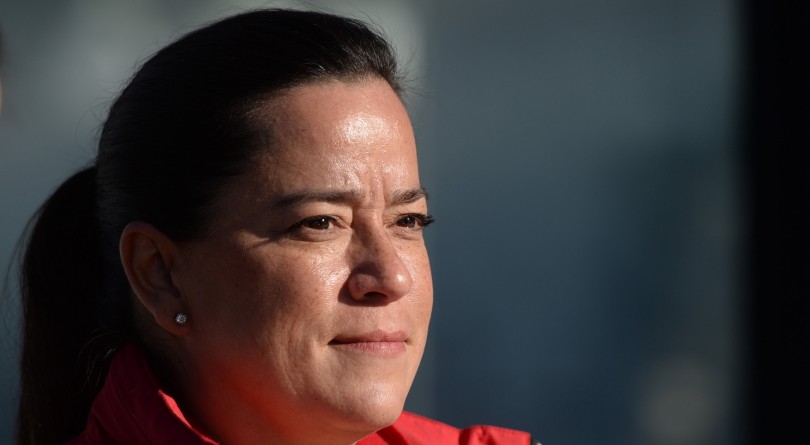 Two-hundred and thirty-four days stand between today and the next federal election. That’s so many news cycles; so many chances for a gang of savvy politicians, stuck in a rut, to earn redemption; so much time. Unless, for these governing Liberals, every one of those days is anything like the last one.

In other words, every move you make tonight makes you look like the un-smart, un-serious man that so many of your political opponents have always insisted you are. [Maclean’s]

His truth: At his second encounter with reporters in just over 12 hours, the Prime Minister was again, of course, asked to answer the same questions we’re all bound to hear ad nauseum. When he was asked about Wilson-Raybould’s future as a Liberal, Trudeau invoked that well-worn tool of verbal vagueness: the passive voice. “I have taken knowledge of her testimony,” he said, “and there are still reflections to have on next steps.” So that’s a maybe? [CBC News]

Trudeau’s lieutenants dutifully distanced themselves from both Wilson-Raybould and her decision. First up was Foreign Minister Chrystia Freeland: “I believe that [JWR] spoke, as she said she wanted to do, her truth. Having said that, I am clearly of the view that the Prime Minister would never apply improper pressure.” Finance Minister Bill Morneau later stood up for his chief of staff, Ben Chin, telling reporters he never crossed any lines with JWR. “My staff, appropriately, would make her staff aware of the economic consequences of decisions, about the importance of thinking about jobs.” [CBC News, National Observer]

Speaking of cabinet, the PM will this morning fill the gap at veterans affairs left vacant when Wilson-Raybould stepped down. CBC News reports the shuffle will involve only a “handful” of existing ministers. [CBC News]

He’s baaaaaack! A scant 10 days after Gerald Butts quit his post as Trudeau’s principal secretary, he’s asked for—and received—a little more time in the spotlight. In a letter to House justice committee chair Anthony Housefather, Butts offered that his “evidence will be of assistance” and that he only requires “a short period of time” to seek legal advice on that evidence—and, apparently certain “relevant documents.” [The letter, CTV News]

Elizabeth May, who recently polled as Canada’s most ethical federal leader, scored a standing-o from the opposition benches for, among other things, calling on the PM to sack Michael Wernick, the Privy Council clerk whose conduct came under intense scrutiny in the wake of Wilson-Raybould’s testimony. [Nanos poll, Steve Paikin tweet]

Oh, and Opposition leader Andrew Scheer has asked the RCMP to investigate what he says could be criminal acts on the part of several top officials—including the PM. You read that right. Scheer, who’s alleging PMO political interference for partisan gain, is asking the RCMP to investigate his political opponent. There’s a name for that. Surely unrelated, five former attorneys general, four Tories and a New Democrat, also wrote to the RCMP. [Huffington Post, The Five AGs]

Elsewhere on the JWR file: Liberal MP Jati Sidhu certainly had a bad day. A newspaper in his riding quoted Sidhu as saying Wilson-Raybould’s testimony was based on “sour grapes,” that she “couldn’t handle the stress” of her job, and that her dad, outspoken Indigenous leader Bill Wilson, might be “pulling the strings.” Sidhu later apologized in the House. [Abbotsford News]

The Liberals would much rather have Canada talk about almost anything other than the news of the day—say, their plans to build—what else?—a robotic arm for a new moon-orbiting space station, or their “historic” attempt to fix Indigenous child welfare in Canada, or even their opening of a new, kinda-cool-sounding science-driven winery in Nova Scotia. But that’s the price of defensive talking points that utterly fail to distract a single reporter. [This is one excited astronaut, Perry Bellegarde tweet, Wine not?]

Today, Wilson-Raybould’s replacement as attorney general, David Lametti, is in Montreal, where he’ll announce funding (stay tuned for how much) meant to “help Canadians gain the skills that will allow them to fully participate in the digital economy.” One wonders how many onlookers at La Grande Bibliothèque will be preoccupied with another of the minister’s files. [Look over here!]