Why Trudeau's crass stance on Syria is lose-lose

By promising to pull out of the anti-Islamic State air campaign while still taking part in it, Canada has alienated both hawks and doves 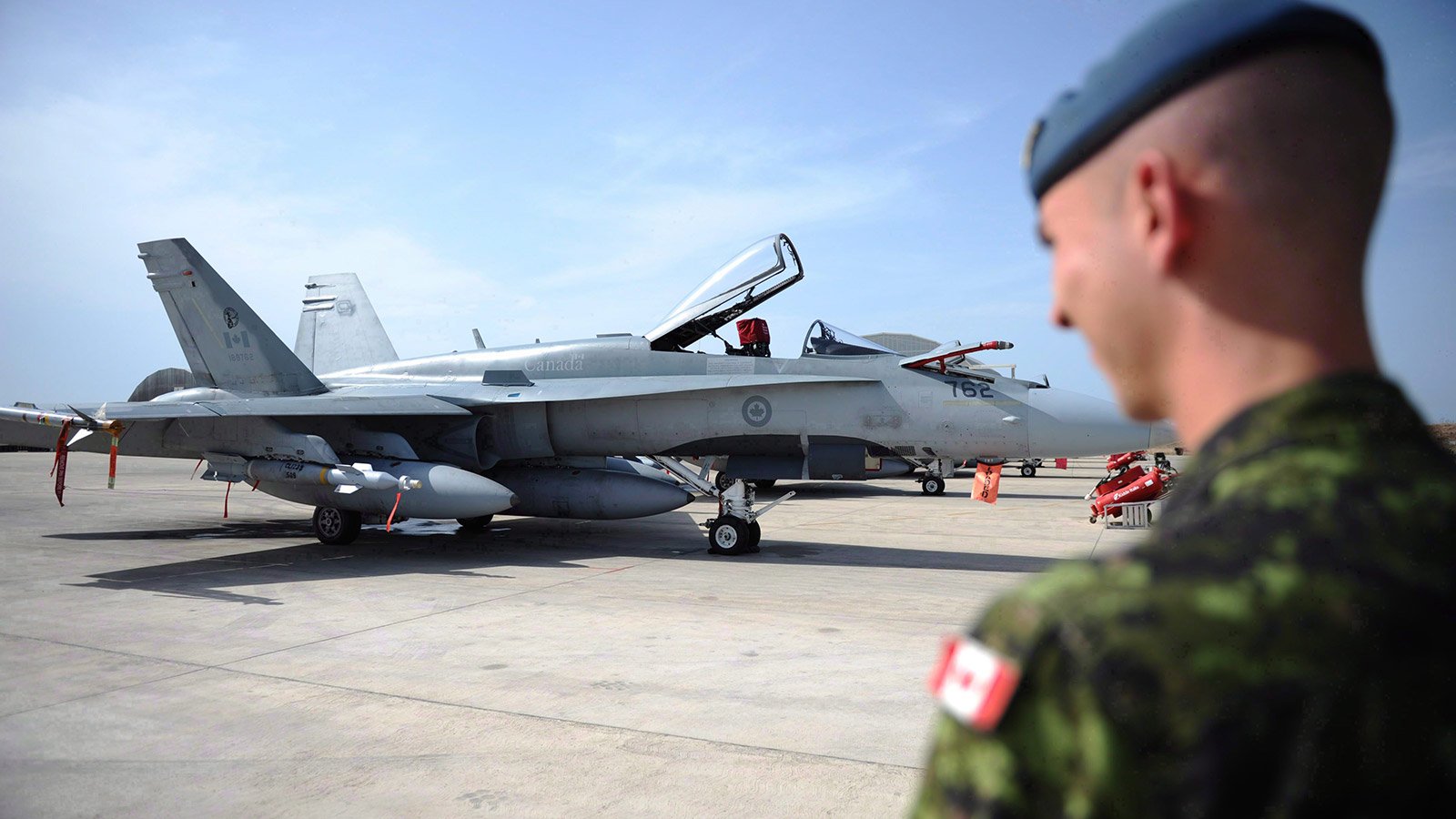 Doubtless, things would have been different had the NDP won the election last October. It would be Justin Trudeau, not Tom Mulcair, trying to justify his continued existence to a roomful of dejected troops. We in the media would be pondering when exactly the halo would tumble from Mulcair’s head, as we are doing with Trudeau at this very moment. There’d be more orange, less red. More beard, and less Vogue.

Yet on the issue of Canada’s participation in the military mission against Islamic State, there is little light between the positions of the very real Liberal government and that phantom NDP version—on paper, anyway. Both parties voted against the mission in October 2014, and both the Liberals and the NDP promised to end Canada’s participation in the mission as soon as they got the keys to 24 Sussex.

Both did so in similarly strident terms. “We will put an end to Canada’s participation in the combat mission in Iraq and in Syria,” Mulcair said last September. “We will end Canada’s combat mission in Iraq,” reads the Liberal platform, released last June. By all accounts, then, we should be well out of the campaign against Islamic State in that corner of the world.

Suffice to say, we are not. In fact, Canada’s participation in the air war against Islamic State has continued almost as though there was no change in government last fall. According to National Defence figures, Canadian military forces have conducted 334 sorties between Nov. 5—the day after the Liberals were sworn in—and Jan. 18. The majority of these, 209, were bombing missions involving CF-18 fighter aircraft, and targeting Islamic State fighting positions.

Over the last two and a half months, Canadian bombs have also destroyed Islamic State weapons caches, weapons production facilities, compounds and vehicle-borne improvised explosive Devices. On Oct. 20, the very day Trudeau informed U.S. President Barack Obama of his plans to withdraw for the anti-Islamic State campaign, Canadian jets destroyed an Islamic State staging area. About a week before Christmas, CF-18 bombers aided in withstanding what military brass termed a “fairly concentrated and well coordinated attack” on Kurdish troops and Canadian special forces in northern Iraq. This happened two weeks after Trudeau vowed to pull out of the region “within weeks.”

Arriving in office as a refusenik, Trudeau has instead been as bullish on bombing Islamic State as his predecessor. In saying one thing and doing another, Trudeau hasn’t just broken a key promise of the Liberal election platform; he has also managed to alienate the hawks and doves in both his party and in the country he governs.

He has also starved his government of the opportunity to vaunt the very real impact the anti-Islamic State coalition has had on the most hated terrorist organization on Earth. Until recently, the Iraqi cities of Sinjar, Tikrit and Ramadi were Islamic State strongholds. They are no longer. Islamic State has  lost upwards of 40 per cent of its territory over the last year, thanks in large part to coalition air support. Because of the Liberal government’s blinkered take on its own involvement, Canada is part of the coalition yet can take none of the credit for its successes.

Mulcair invoked the NDP’s history of pacifism when its caucus voted against Canada’s participation in the bombing mission in the fall of 2014. The Liberals instead reneged largely because it was advocated by Stephen Harper. Both positions may be equally cynical—the NDP and the Liberals were vying for the hearts of typically dovish Quebec voters, after all—yet the Liberal position came off as particularly crass and unprincipled. A year and a half later, as Canadian bombs continue to rain down on Syria and Iraq, it is even more so.