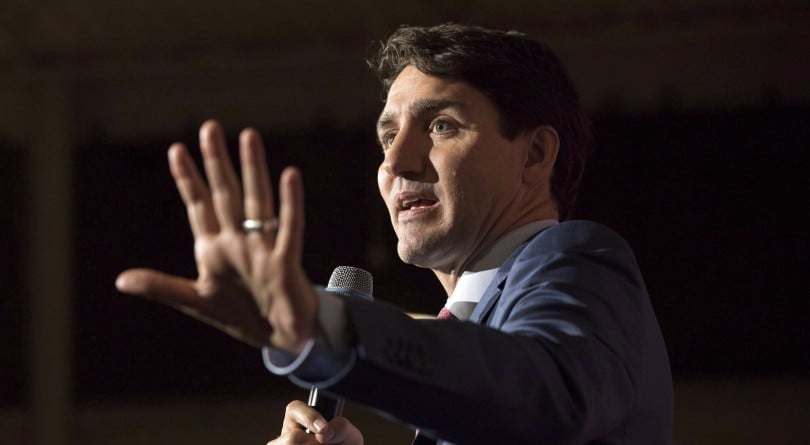 A push to break down trade barriers between provinces is on the official agenda for Prime Minister Justin Trudeau and the premiers later this fall, and a new poll for Maclean’s shows a solid majority of Canadians wants to see those impediments to the free flow of goods and services inside the country eliminated.

In its fall public opinion report on the federal political scene—an online survey of 1,002 adults conducted Sept. 15-20—the firm Pollara found that 58 per cent agree that interprovincial trade barriers should be scrapped because they “restrict choice and competitiveness in Canada’s consumer markets.”

Just 12 per cent agree with the opposing statement that the barriers are necessary because “they protect companies and industries—and jobs—in each of our provinces.” (The remaining 31 per cent of those polled either weren’t sure or said neither view of the trade barriers reflected their view.)

The finding lands just before two key political meetings on the longstanding issue of provinces imposing a wide range of regulations that either intentionally block competition from other provinces, or add regulatory burdens that inadvertently discourage companies from competing inside Canada beyond their home provinces.

Dominic LeBlanc, whom Trudeau appointed minister of intergovernmental and northern affairs and internal trade in his summer cabinet shuffle, is slated to meet with his provincial counterparts in Vancouver to talk about trade barriers late this month. That ministerial meeting should set the stage for Trudeau meeting with premiers later in the fall, where the agenda is touted as being mainly about interprovincial trade.

In handing LeBlanc, a close lieutenant, the new cabinet post, Trudeau called for “urgent and quick attention” to the provincial trade barriers file. Several factors have pushed it near the top of the economic policy agenda. Most notably, at least in terms of driving popular opinion, was the Supreme Court of Canada’s ruling last spring that lets New Brunswick go on restricting beer imports from other provinces.

That was popularly known as the “Free the Beer” case. And LeBlanc has acknowledged that easing barriers to trade in beer, wine and liquor is an obvious priority. In their annual summer meeting, premiers talked broadly about reducing those restrictions, but didn’t set out detailed plans or timelines.

Other barriers tend not to grab public attention, but are perennially annoying to business. In its 2017 budget, the Liberal government set up six so-called Economic Strategy Tables, each led by a business leader. In their most recent report, they singled out ending internal trade barriers that stem from different organic food certification standards, packaging and labelling rules, and trucking regulations.

Those sorts of regulatory hurdles to the free flow of goods and services among provinces might appear technical or even trivial. But internal trade among provinces and territories totals about $370 billion a year, big enough that the Bank of Canada estimates removing barriers could add two-tenths of a percentage point to Canada’s economic output annually—about as big a boost as is expected to result from Canada’s new trade deal with the European Union, the so-called CETA.

Still, just dismantling provincial barriers isn’t so easy. For starters, support for eliminating restrictions isn’t uniformly strong across all regions. While more than 60 per cent are for eliminating barriers in British Columbia, Alberta and Ontario, only about half feel that way in Saskatchewan and Manitoba.

Move into Quebec and support dips to 43 per cent, while in Atlantic Canada 46 per cent are for getting rid of provincial trade barriers. “They tend to be unsure,” Craig Worden, president of Pollara Strategic Insights, said of opinion in Quebec and the Atlantic provinces. “For them it’s a question of specifics, how knocking down trade barriers might harm or benefit them.”

The Pollara survey also scanned more widely across the federal political scene. Here are some other key findings: