Election Issues 2015: A Maclean's primer on truth and reconciliation

Maclean's is your destination for the 2015 election. Start with our in-depth primers on the big issues, including truth and reconciliation

When the Truth and Reconciliation Commission (TRC) released its landmark report into the tragic history of residential schools on June 2, the resulting flurry of news coverage made it seem as if Aboriginal, Inuit and Metis issues might really matter in the coming election. Well, maybe. Indigenous Canadians remember all too well how the 1996 five-volume, 4,000-page Royal Commission on Aboriginal Peoples in 1996 failed to push their issues to the top of the political agenda. Could the 2015 campaign be different?

BUT THEN THERE’S ABORIGINAL STRATEGIC VOTING

Assembly of First Nations National Chief Perry Bellegarde says Aboriginal voters, if they turn out to the polls en masse, can influence as many as 51 ridings. Derek Nepinak, the outspoken Grand Chief of the Assembly of Manitoba Chiefs, is among the AFN leaders urging chiefs to encourage their communities to vote Liberal or NDP, in hopes of defeating Conservatives.

Conservative:  Harper apologized for the residential school system in 2008 and, this June, when Justice Murray Sinclair’s TRC summary was released, Harper said the government would study the recommendations while awaiting the commission’s final report. Conservatives have consistently rejected calls for a national inquiry into the 1,181 missing or murdered Aboriginal women since 1980. Harper said the phenomenon was criminal, not sociological—comments made in the context of the death of 15-year-old Tina Fontaine in Winnipeg. The government voted against the UN’s Declaration on the Rights of Indigenous People in 2007, before endorsing it as an “aspirational” document in 2010, then voting against its adoption at the UN in 2014.

NDP:  Thomas Mulcair said an NDP government would call an inquiry into missing and murdered Indigenous women within 100 days of the election. He said the party would work with Aboriginal people to establish which of the commission’s recommendations “require the most pressing attention.” He also called on Harper to acknowledge the term “cultural genocide” and has advocated a “nation-to-nation” approach to dealing with Canada’s First Nations, Inuit and Metis peoples.

NDP MP Romeo Saganash, who is Cree, introduced a private member’s bill to force the federal government to adopt the principles of the UN Declaration on the Rights of Indigenous People. It was voted down in May.

Liberal:  Trudeau committed during question period to adopting all 94 recommendations of the TRC, including adopting the UN’s Declaration on the Rights of Indigenous People, and has also promised to initiate an inquiry into missing and murdered Indigenous women. At its 2014 convention, the party also voted to revisit the Kelowna Accord, which Paul Martin, all premiers and First Nations leaders had signed in 2005, only to see it dumped when the Conservatives came to power.

Green:  The party has insisted Canada adopt the UN Declaration on the Rights of Indigenous People, as well as implement the recommendations of the TRC and restore the Kelowna Accord. 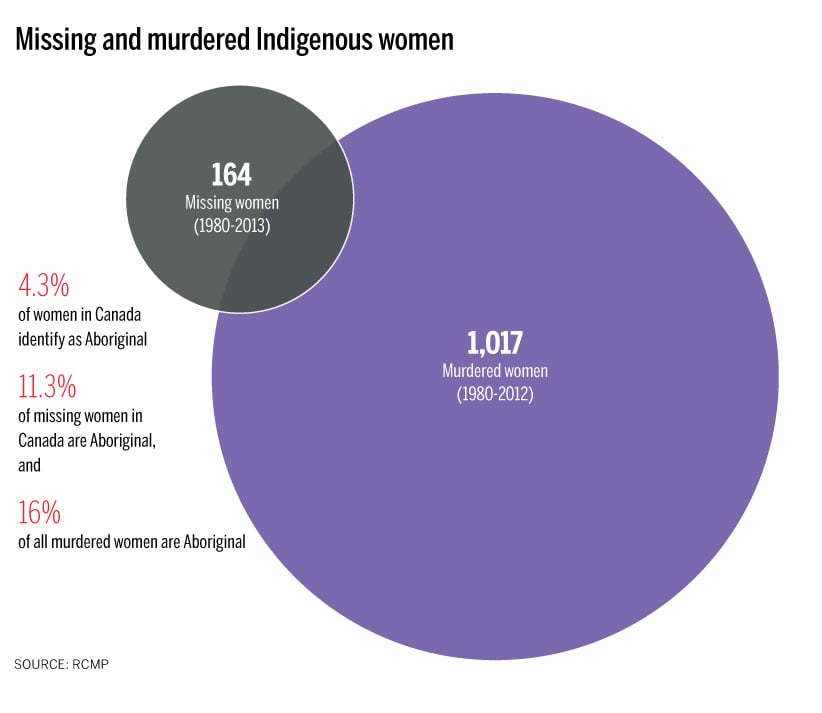 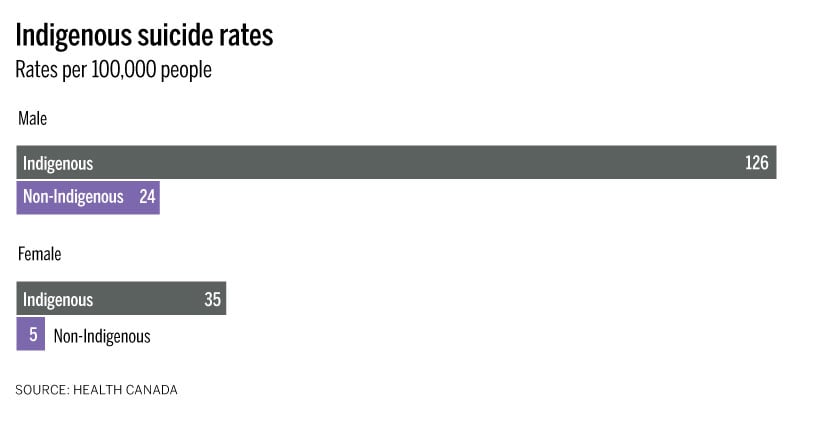 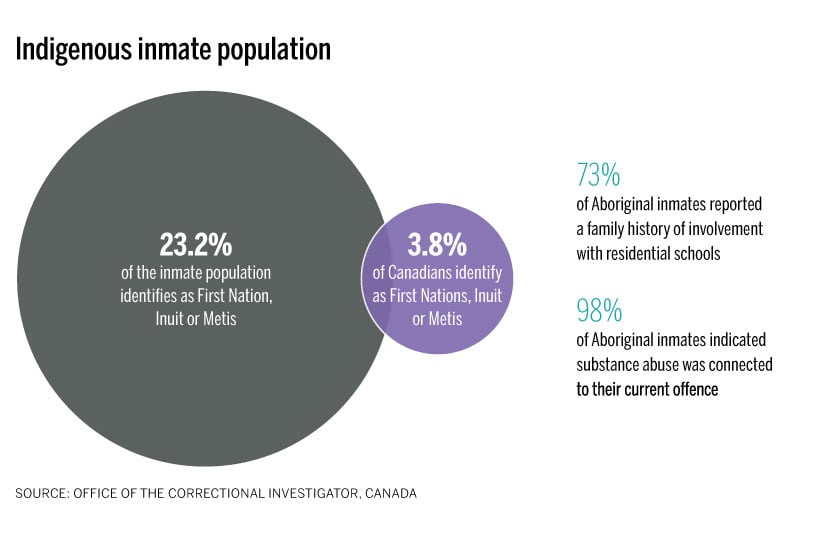 “Going into this election, I’d ask: What is my candidate’s track record? And not just his or her position, but some actual plans. Right now, the Truth and Reconciliation Commission is one of the fundamental ways to move forward together and rebuild that relationship and strengthen Canada as a nation, rather than continuing this antagonism. That doesn’t help anybody, and Indigenous peoples are still citizens of Canada. We are still here. We can’t continue to have certain sectors of the country denied basic human rights and basic standards and still feel good about ourselves as Canadians.”
—Dawn Harvard, president of the Native Women’s Association of Canada and member of Wikwemikong First Nation

“The Tsilhqot’in decision, which effectively altered the rules governing the use of resources in Canada, is the latest in a string of Supreme Court of Canada rulings that have been ignored by governments and resource development continues without regard for the constitutionally protected rights of Aboriginal peoples. It was blatant disregard for the Aboriginal rights that gave rise to the Idle No More movement. We cannot afford the social and economic costs of continued Crown denial of Aboriginal rights. It is through negotiation rather than ongoing litigation and protest movements that we can achieve the reconciliation called for by the Supreme Court of Canada in the Tsilhqot’in and other decisions. We are counting on all Canadians to call on the parties in the upcoming election to take action to implement the Tsilhqot’in decision.”
—Debra Hanuse, Chief of ‘Namgis First Nation