Politics Insider for Dec. 16: It's all on Boris, Harper's not happy and more Scheer succession speculation 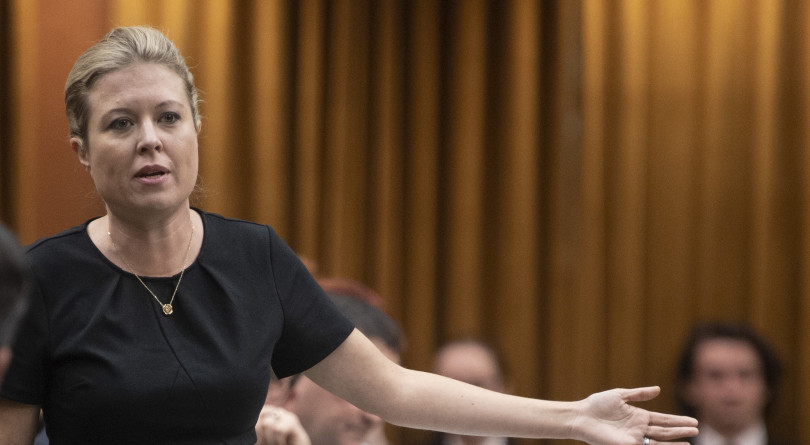 Before we get to Conservative politics on this side of the pond, which have lit up since the abrupt resignation of Andrew Scheer as leader, let’s start with the Conservative victory in the U.K., and what it means for Brexit.

That’s one way to read last night’s stonking victory for Boris Johnson and his Conservative Party, who cruised to a larger-than-expected 80-seat majority win over Jeremy Corbyn’s band of radical socialists and anti-Semites. Johnson raided Labour’s northern heartlands and painted parts of the country blue for the very first time, including seats that would still piss on Maggie Thatcher’s grave should they be given the chance. It was a historic achievement. Parliament’s Brexit blockade is now well and truly broken and the Prime Minister will soon be able to serve up his ‘oven-ready’ Brexit deal.

‘Pyrrhic’ is, however, another way to read the result, with Johnson now holding the tiger firmly by the tail, when there’s no one left to blame should the country take a mauling in the next stage of Brexit negotiations. Put plainly, Johnson is now on the hook for the future of the country. And that future is murky. Read more ››

Jeremy Corbyn’s defeat is a win for the democratic world: Britain will not be yanked out of the western alliance and its leader will not be a man who has counted holocaust deniers among his friends, writes Terry Glavin. It’s a victory of sorts:

One would have hoped that the United Kingdom’s just-concluded national elections would reveal at least the glimmer of some silver lining in the menacing black cloud that has been darkening English skies these past four years. No such luck.

The crushing and richly-deserved defeat of Labour leader Jeremy Corbyn, who has led the once proud and gallant party of the British working class to its worst humiliation since 1935, should have been sufficient to put a spring in the step of any decent social democrat. It could have been the moment when Labour began to free itself of the Corbynite millstone that has been hanging from its neck since September, 2015.

But even that was not to be. In conceding defeat Friday morning, Corbyn made clear in his remarks to a gathering of reporters that the Labour Party will not be quickly shut of him. “I was elected to lead the party and I think the responsible thing to do is not to walk away.” Read more ››

Back in Canada the weekend saw the Conservatives in turmoil after the board of directors of the Conservative Fund, the party’s fundraising arm, fired the party’s executive director Dustin van Vugt after it was revealed he’d signed off on handing Scheer fund money to pay for his kids’ private school educations. As Global News reports, the revelation about the payments stirred the ire of one of the board’s most powerful members, former prime minister Stephen Harper. But now van Vugt’s own supporters are fighting back, arguing his firing wasn’t legitimate.

Meanwhile, the search goes on…

Andrew Scheer’s would-be successors: Shannon Proudfoot takes a closer look at some of the top contenders in line to replace Scheer, from ‘brilliant’ Rona Ambrose to the critic Peter MacKay:

Had Scheer not stepped down, the search for a new leader would have percolated away messily in the background as internecine squabbles and sotto voce allegiances until the party convention in April forced the issue with a mandated leadership review.

So now that Scheer has accelerated the timeline and instead paved the way for refreshingly open squabbles and allegiances, it’s a good time to take stock of a few of the most prominent would-be successors whose names have been tossed around. Read more ››

Two more high-profile women are also considering a run for leader: Conservative House Leader Candice Bergen and industry critic Michelle Rempel Garner. In a tweet thread Rempel Garner argued it’s time for the party to get back to big ideas. “Our party can and must offer a vitally missing counterpoint to the dogma of the crowded space on the left in Canada. Big, bold, visionary stuff. … I feel like our party has been cowed into submission that somehow transactional politics are the only thing that we should be doing; that big bold transformative ideas on the right are verboten simply by virtue of them not being Liberal.”

Jason Kenney’s government has made no secret of its affinity for combat, and it’s already launched offensives against a wide range of targets that includes everything from the Prime Minister of Canada to a ratings agency in New York. These skirmishes are all in the service of a broader campaign to defend the province’s oil and gas industry, and restore the jobs that have been lost in it over the last few years.

But as parents at a Red Deer area middle school are discovering, this hyper-aggressive strategy can come with some collateral damage. In their case, it’s the Christmas school dance that had to be cancelled after a parent threatened to confront a teacher who had made the grievous error of presenting his grade-four students with uncomplimentary information about the oil sands. So much for the holiday spirit. Read more ››

The woman who brought down a notorious mob boss: The sixth episode of the Maclean’s Power of One podcast tells the story of Eunice Hunton Carter, a black woman—the granddaughter of slaves—whose tenacity, intelligence and sense of mission exposed the weak spot of a crime kingpin in the 1930s who’d wiggled out of dozens of previous arrests. Listen to it here ››