Michael Coren: For the Conservative leader, a devout Roman Catholic, opposition to same-sex marriage is more about religion than politics 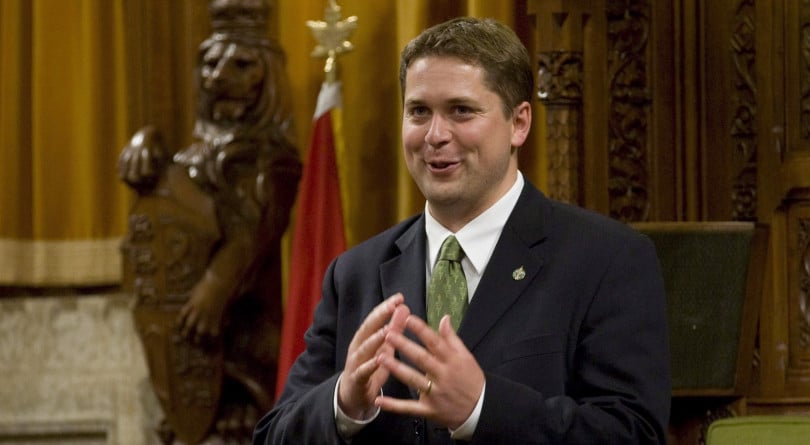 Scheer in the House of Commons on June 2, 2011 (THE CANADIAN PRESS/Adrian Wyld)

Andrew Scheer is in a very tough spot right now. His opponents have dug up—surely not especially difficult—a clip of him as a young MP speaking out in 2005 against the redefinition of marriage so as to include same-sex couples, and it’s trending on social media and forcing the Tories onto the defensive.

That he held this position isn’t in itself particularly surprising or shocking, in that most Conservatives and even many Liberals, including some high-profile progressives, were opposed to equal marriage back then. What makes the parliamentary speech so jarring, and still relevant, is the wording, and what has happened in the subsequent 14 years.

A seemingly nervous, and certainly inexperienced, Scheer argues in the footage that, “There is nothing more important to society than the raising of children, for its very survival requires it. Homosexual unions are by nature contradictory to this. There is no complementarity of the sexes. Two members of the same sex may use their God-given free will to engage in acts, to co-habit and to own property together. They may commit themselves to monogamy. They may pledge to remain in a loving relationship for life. In that sense they have many of the collateral features of marriage, but they do not have its inherent feature, as they cannot commit to the natural procreation of children. They cannot therefore be married.”

It’s standard Roman Catholic theory, convinced that marriage rests on its procreative nature, and even heterosexual couples that refuse to have children are seen as being in an invalid union. Inability to conceive is regarded as pardonable. Oh the compassion.

READ MORE: SNC-Lavalin may not be a ballot box winner for Scheer

Then, in words that are coming back to—forgive me—bite him, he becomes insensitively flippant. “How many legs would a dog have if you counted the tail as a leg? The answer is just four. Just because you call a tail a leg doesn’t make it a leg. If this bill passes, governments and individual Canadians will be forced to call a tail a leg, nothing more.”

Comparing the life-long and sacrificial commitment of two people of the same gender to the leg or tail of a dog was crass at the time, and disgusting today. But, as I said, people can change their minds, even about offensive comments. I should make it clear that this certainly happened in my case. The point with the leader of the Conservative Party, however, is that he has never apologized for such comments, and bland official party statements that he, “supports same-sex marriage as defined in law and as prime minister will, of course, uphold it” simply won’t do.

If he has changed his views, he could surely give a brief speech where he outlines why, shows some contrition for any harm he may have caused, and also end his boycott of Pride parades. Because it must not be forgotten that Andrew Scheer has refused to attend any Pride, anywhere, ever. Many other Conservative do so, even Doug Ford did so, but Scheer refuses. So why?

This is more about religion than politics. Scheer is described by his friends as a devout and sincere Roman Catholic, the son of a Roman Catholic deacon, and viscerally attached to a conservative and orthodox interpretation of his faith. In fact, it was while Scheer was Speaker of the House of Commons, when I was a guest preacher at Saint Patrick Basillica in Ottawa–Deacon Jim Scheer’s church–that I first learned of the politician’s deeply held Catholicism. Scheer was married at Holy Rosary Cathedral in Regina, is a regular communicant, and an active member of the Knights of Columbus. This clarification, this distinction, is important because while the Catholic Church may declare that “homosexual acts” are “intrinsically immoral and contrary to the natural law,” and that even tendencies are “objectively disordered”, many if not most of its adherents either don’t know this or, if they do, simply reject it.

There are countless priests who are gay, many of them in relationships, and while some may be hypocrites, others keep their personal lives private but refuse to preach against equal marriage and LGBTQ equality. Among the laity, full acceptance of gay marriage and gay people is even more common. Remember, Justin Trudeau is a believing Catholic, as are numerous politicians and public figures that march in Pride and proclaim equal marriage.

For someone like Scheer, who holds to such views, it is different, and for him to participate in a Pride parade would be, in strict Catholic terms, an affirmation of sin. That’s not to say that he is hateful as such, and he’d likely be appalled at personal animus towards someone due to their sexuality. But it appears that he is convinced that the catechism of the Roman Catholic Church speaks eternal truth. When he says he won’t re-address the marriage issue if elected, he’s likely telling the truth. A better question would be, would he re-address it if he thought he could do so and still be elected prime minister?

It comes down to simply honesty. Andrew Scheer has the perfect right as a man of the Christian right to not support equal marriage, but the electorate have the same right to know the truth, and to vote accordingly. Human rights matter, openness matters, and the separation of church and state matters, too.