What Elizabeth May wants to do with Canadian oil

The Green Party leader talks to Paul Wells about oil dependency, her deep disappointment with successive governments on climate change—and how Canada can move to a zero-carbon economy

This fall, Elizabeth May will lead the Green Party into her fifth election as leader. Her involvement in environmental issues on a national level began 30 years ago, when she served as a senior policy adviser to Brian Mulroney’s Progressive Conservatives. She was later the executive director of Sierra Club of Canada before becoming leader of the Green Party in 2006. She spoke with Maclean’s senior writer Paul Wells as Parliament wound down its final session before the fall vote.

Q: You’ve now been leader of the Green Party for 13 years.

Q: And it seems like our politics very often turn on questions of climate and the environment. It’s how Stéphane Dion became Liberal leader. It was central to Stephen Harper’s majority government. And it’s one of the key questions on which the Liberals will be judged in the fall. And yet, there often doesn’t seem to be an awful lot of progress on climate.

A: There’s none. We slide backwards, really.

Q: I assume you’re not thrilled by that.

A: We’re in a climate emergency. Everything is changed. And yet, every day in Ottawa, we don’t act as if we’re taking it seriously. We haven’t adjusted our emission-reduction targets from the one left behind from Stephen Harper’s administration, which is loosely referred to as the Paris target, even though it has never been consistent with the Paris Agreement [from 2015]. The Paris Agreement says to try to hold at 1.5 degrees [of warming above pre-industrial levels], and as far below two degrees as possible. Well now we know, thanks to the Intergovernmental Panel on Climate Change (IPCC), that two degrees is too dangerous. We have to hold at 1.5 degrees. So it’s bad luck for the current generation of politicians because the time for procrastination has run out. I’ve been working with every single government since June 1992 to try to get climate action. By the way, Paul Martin had a really good climate plan. That was the last good plan we saw.

Q: And what about this gang?

A: They don’t have a plan. It’s sad to say. I mean, they’ve taken measures. But their target was left behind by the previous government that didn’t take climate change seriously. And if you look at it globally, if you take all the targets of all the governments around the world as they existed in December 2015, when we negotiated in Paris, the cumulative effect of everyone hitting their targets is to increase the global average temperature somewhere between 2.4 and 3.5 degrees. And now that we know we have to hold at 1.5 or we really are playing Russian roulette with whether humanity survives—well, then you have to re-examine your targets. And for a government that has such good rhetoric, I’m deeply disappointed. They’re bringing in regulations on methane, they’re bringing in some measures. They claim we’re going off coal. But if we use fracked natural gas instead, we’re not actually making an improvement. I’m not going to say they’ve done absolutely nothing, but what they’ve done amounts to an abdication of responsibility.

READ MORE: Why you just may vote Green this time

Q: The next election is going to be a confrontation largely between the Liberals and the Conservatives over who’s got a real plan for the climate. How’s it going to feel watching a polarized debate between two parties when you don’t think either one of them has the answer?

A: I don’t see it as being a two-party choice. We have six parties that currently have seats in Parliament that are going to be fielding candidates in the election. And when you look at that mix, I think there’s a greater likelihood of a minority Parliament, which creates the possibility of co-operation. As Greens, we’ve put forward what we call Mission Possible. It’s not Mission Easy, but it is possible, and it will require a transformational effort, the kind of transformation of our economy that we haven’t seen since the Second World War. It’s major but it does lead us to a positive place where people have jobs and Canadians are happy, but it requires getting off fossil fuels as quickly as possible.

Q: There was a report that came out last year by most of the country’s auditors general. It said only Nova Scotia was meeting the targets it had most recently set. And what it says is that a lot of the problem in climate politics is not the parties that are against effective action on climate change, it’s the parties that support effective action and then never get around to taking it. They just say stuff to make themselves feel good, but then don’t follow through.

A: The problem is politicians look at what needs to be done and say, well, we’d better be incremental. The enemy of climate action right now is incrementalism. Now, the federal government has powers that the current administration hasn’t even thought about, as far as I can see. They haven’t once mentioned that carbon dioxide is listed as a toxin under the Canadian Environmental Protection Act. There are basically 200 facilities across Canada that are responsible for the lion’s share of greenhouse gases; they could be regulated. We don’t even need to pass a new law.

Q: What happens if you regulate a few hundred large carbon emitters on the principle that carbon is a toxin? What happens to the economy from one day to the next?

A: Well, I’m not advocating that we do everything through regulation. We want to do it through proactive development of a strong renewable energy sector. Andrew Scheer talks about an energy corridor. So do I, but his corridor is for pipelines and mine is an electricity grid that’s running 100 per cent on renewable energy. So there’s a lot of work to be done because we actually have gaps in our electricity grid: Quebec Hydro basically stops at Moncton, N.B., but it could reach all of Atlantic Canada.

So you start looking at the pieces to make sure we have to have an efficient electricity grid running on 100 per cent renewables. That isn’t done essentially only by regulation. But if you did bring in regulations for the large emitters, which are basically coal-fired electricity plants and cement, you could say they’re going to have to cut by 50 per cent by this date. And we also have some money to help you. If you’d like to shift right away to renewable energy, we’ll help you do that. So it’s carrots and sticks. 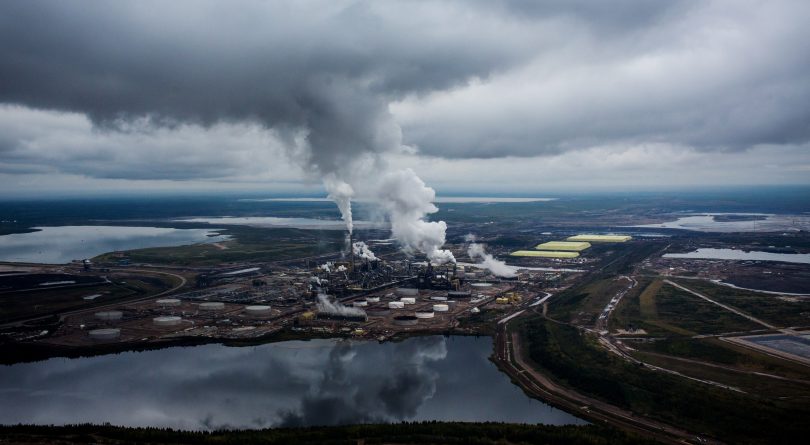 Q: Part of your plan is to use only Canadian oil during a transition period, at the end of which we wouldn’t be using any oil. And for that great idea, you got chewed out by the leader of the Green Party in Quebec, who said we’re not going to be using more Alberta oil, thank you very much.

A: He didn’t actually look at the full document. What we’re proposing is that for Quebec, and for Atlantic Canada, we can reduce the number of tankers moving through Atlantic Canadian waters. This is not going to be overnight. You can’t wave a magic wand and undo a lot of commercial contracts. But [Newfoundland’s] Hibernia oil is over 80 per cent exported. That oil would suit.

And for Western Canada, there’s an existing infrastructure that meets the needs of a domestic market. But we’ve been so conditioned by everybody in politics and in Alberta saying we have to get our oil to market. Well, there’s a market, and it’s Canada. Of course, our plan is not music to their ears in Alberta because the Greens are talking about quite a dramatic reduction in our use of fossil fuels. But Alberta has the best potential of any province for solar energy. It has enormous potential for wind power. And so replacing coal in Alberta with wind and solar is totally doable, and good for their economy. In the meantime, over time, bitumen can become the feedstock for a petrochemical industry instead of burning it.

Q: People look at the members of Parliament flying home to their ridings every weekend in airplanes. And they say if we’re going to go to a zero-carbon economy, that’s great. You go first. Is that not a fair claim for them to make?

A: You can’t blame individuals who are in their cars driving home at the end of the day. And you can’t say I’m going to snap my fingers and tomorrow all those cars are going to be electric. You can say by 2030, all those cars are going to be electric. A 60 per cent reduction by 2030 is doable. There is a real case here that human civilization is not just at risk but headed toward a breakdown without the kind of dramatic action I’m talking about.

A: The IPCC report of Oct. 8, 2018 [which warned countries have 12 years to avoid a climate catastrophe] changed a lot for the world. It is absolutely required reading for anyone who’s a serious political figure. You have to know what the odds are, what the risks are. The first step of Mission Possible is to create the equivalent of a war cabinet. Bring your political opponents into the same room. Because you have to actually have a consensus that says it’s a security threat, these are the steps we’re taking, and we’re holding to them because we’re making these decisions across party lines. I know it’s a big leap from the way we usually think about partisan politics. But if we keep doing politics the way we’re doing politics, and we keep doing climate action the way we’re doing climate action, we will not have a history that judges us because we, certainly as a civilization, won’t be here.

A: Oh, it’s not that I don’t have any plans to stop being leader. I certainly want to be a leader through this election. I want to get back to Parliament with as many Green MPs as possible. I want to do the best job I possibly can on delivering what needs to be done for this country. But anybody in a position of leadership should be thinking about succession planning. I just haven’t been thinking about it very much because I have a campaign to run. And frankly, I think having a lot of experience isn’t a bad thing for someone in political life.

This article appears in print in the August 2019 issue of Maclean’s magazine with the headline, “Disappointed, again.” Subscribe to the monthly print magazine here.