What the Liberals stirred up

Paul Wells: Trouble is brewing after Monday's results. But if this caucus could muster no empathy for Jane Philpott, who expects it to try harder with Alberta? 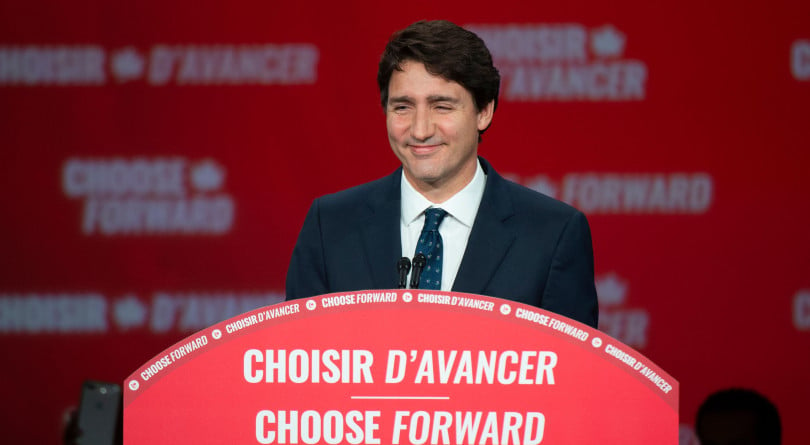 Some people I know, even some Liberals from an earlier age, were unimpressed by the triumphal tone of Justin Trudeau’s victory speech on Monday. But if you’re a Liberal who got re-elected, where’s the evidence the party’s done anything wrong? Sure, the caucus is smaller, but it’s more…concentrated. More Liberal-y. Julie Dzerowicz’s vote went up. Marco Mendicino’s vote went up. Marc Miller’s vote went up. In all of those Liberals’ big-city ridings, the first two in Toronto and the third in Montreal, the Conservative vote went down. It’s not hard to find Toronto ridings where the only large party whose vote declined was the Conservatives.

University of Calgary economist Trevor Tombe points out that the Conservative vote went down in a lot of urban ridings east of Manitoba, and not just in Toronto and Montreal, but in London and Kitchener and Ottawa. Urban-rural distinctions in voting behaviour are ancient and universal and not shocking, but even as Andrew Scheer pushed the Conservative vote up by half a million votes, he lost large numbers of thousands of urban votes.

I don’t yet know how many Trudeau Liberal MPs will walk into the next national caucus meeting with results similar to the three I listed above, but even if you have an intellectual understanding that the last year was hell for Liberals compared to the first three, and I know many do, it may be hard to maintain any fire in the belly for change against the worst habits of the leader and his office if, after all, the net result of losing Jane Philpott and Jody Wilson-Raybould and Andrew Leslie and Scott Brison and Celina Caesar-Chavannes and Leona Alleslev and then —whoopsie!—two dozen more, all in one night, is that your own margin of comfort at home increased.

In their first mandate, the Trudeau Liberals developed a knack for paying less and less attention to the parts of the country—geographic, demographic, socio-economic, ideological—where they could not expect a warm welcome. They are hardly the first party to do so. It’s a difficult urge to resist. It’s not obvious to me that the election results will discourage that urge. If this caucus could muster no empathy for Jane Philpott, who expects it to try harder with Alberta?

READ MORE: How Justin Trudeau held on: The story of a gruelling, messy campaign

Meanwhile out in that vast and distant hinterland, where some people apparently still insist on voting incorrectly, the early reaction to the election returns is intense. Say hello to Saskatchewan premier Scott Moe, who didn’t endorse any party in the federal election but is pretty sure the wrong one won. He wants a “new deal,” which resembles what would have happened if the Scheer Conservatives had won: cancel the carbon tax, renegotiate equalization and build “pipelines,” plural. Jason Kenney will have something to say too, soon after I finish writing this.

Interestingly, New Brunswick premier Blaine Higgs seems to have drawn the opposite conclusion on a carbon tax — his remarks suggest he’s dropping his opposition to the Trudeau policy. Add this to the list of things that will look like—indeed, are—a victory to the Liberals, but it also aggravates, rather than alleviating, the sense that this election has opened up big west-east divisions in the federation.

I have Conservative friends and family, many in or from the West, who are anguished by the election result. Most don’t want a confrontation. But they’re the ones who feel confronted. The pipelines Quebec premier François Legault cheerfully disdains ship a legal product that Legault uses. Quebec’s Caisse de dépôt pension fund has been a major oil-sands investor.

Some people remember the 2015 Bloc Québécois campaign ad that showed oil from a pipeline transforming into a Muslim woman’s niqab—you had to see it to believe it; it amounted to a fever-dream rejection of people who do or wear surprising things—and they noticed that every federal leader who was invited showed up for an extra, non-league-sanctioned TV debate organized by TVA, whose commentators can’t get enough of that Bill 21. I know a large Alberta institution that tried hard to get the nod as a host of the federal debate commission’s debates this year. Even that modest symbolic recognition didn’t materialize. Where did the commission hold its debates? At the Canadian Museum of History. In Quebec.

After the 2000 election—Jean Chrétien, chased by a scandal over business deals in his hometown, cleaned Stockwell Day’s clock and increased his Liberal majority—a former Reform MP named Stephen Harper wrote a deeply bitter op-ed for the National Post. Its theme was that, while Alberta shouldn’t embrace separatism, it should take Ontarians’ Liberal votes as a rebuke and react accordingly:

The rest of the country has responded by telling us in no uncertain terms that we do not share their “Canadian values.” Fine. Let us build a society on Alberta values.

What’s coming from Alberta may make Harper’s 2000 letter seem like a love note.

You can point out, as I plan to keep doing, that Alberta’s unemployment rate today is lower than Newfoundland’s, lower than Quebec’s was for years until quite recently, and projected to keep falling over the medium term. That Alberta pumped nearly 3.8 million barrels of oil today, product that has and finds a market. A larger market at a higher price would be even better. I often say the same thing about the market for magazines. And you could agree that Canada’s first-past-the-post electoral system exaggerates regional differences, a problem that used to preoccupy Justin Trudeau. In the short term these arguments are unlikely to help much.

Just as the Liberals are likely to feel more like victors than the numbers suggest, the Conservatives will need some time to decide how much of their defeat is a defeat, and how much of it is Andrew Scheer’s fault.

Everyone’s talking about remarks Kory Teneycke made on the CBC on election night, just after 3:31:00 in this video, about Scheer’s decision to stay well clear of Ontario Conservative Premier Doug Ford. (Teneycke was Ford’s campaign manager for the leadership and last year’s election, as he was for Scheer’s federal leadership rival Maxime Bernier. He founded the Sun News TV network. He was Stephen Harper’s communications director for two years. Make of all this what you like.)

“We’ll release some polling tomorrow,” Teneycke said (I haven’t seen that polling yet today), “but Doug Ford has been more popular than Andrew Scheer throughout the entire election campaign in Ontario. And I think it was a mistake. Because mobilizing conservative voters—we’ll see as the night unfolds—is something Ford was able to do very successfully 18 months ago. And we are not seeing the signs of that same enthusiasm for Andrew Scheer tonight.”

I wrote to Teneycke and asked him about his plans as a federal Conservative over the next several months. I haven’t yet heard back. A different former senior federal Conservative pointed out to me that next April’s Conservative convention is in Toronto, where Doug Ford’s provincial Conservatives tend to concentrate, forming as they do a large provincial government; that a leadership review vote at that convention is mandatory; and that a very large number of delegates to that convention will be driving in. From ridings that didn’t see their vote go up. A third prominent Conservative said there’s not much likelihood of an organized attempt to drive Scheer’s leadership-review vote down, but there is considerable anger in the Conservative caucus about how the campaign was run, and he needs to make large concrete moves to show he understands that anger.

But Scheer’s worries, for the moment, are secondary, because he’s not the prime minister of Canada. Speaking of large concrete moves to acknowledge anger, Justin Trudeau has a few such options available too. I made this one up, entirely out of my own head, for demonstration purposes: He could ask the independent, left-ish Alberta senator and former Edmonton Journal columnist Paula Simons to join his cabinet. Would that even begin to address the tension stirred up by Monday’s returns? Not even close. But doing less would accomplish less.