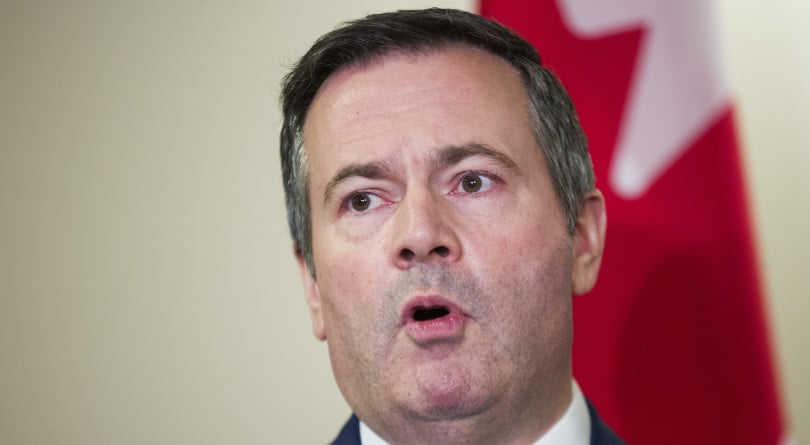 Welcome to a sneak peek of the Maclean’s Politics Insider newsletter. Sign-up to get it delivered straight to your inbox.

Teck-savvy: The House of Commons is not in session this week, which means the parliamentary proxy war over Teck Resources’s Frontier oil sands proposal has ended up on Twitter. Witness Tory MP Michelle Rempel Garner and Liberal MP Julie Dabrusin take opposite sides in a fight that, for their purposes, offers virtually no compromise. Cabinet, which has promised a decision on the $20-billion mine by the end of the month, reportedly remains divided.

CBC News obtained a letter from Alberta Premier Jason Kenney that warns of “devastating impacts” on the province in the case that Frontier is rejected. Kenney cautioned such a move “could raise roiling Western alienation to a boiling point.” But then he injected a small dose of recognition, adding that Western discontent is “something I know your government has been attentive to since the election.” Note that Kenney also admitted last week that fossil fuel’s days are numbered.

Westward ho: Well, add another trip to Alberta to the ongoing tally of cabinet ministers headed west. Finance Minister Bill Morneau was in Calgary yesterday to talk about growing an economy that “works for everyone.” The words Trans Mountain didn’t appear once in the Economic Club of Canada event description, but Morneau’s own press release focused almost exclusively on the merits of the government-owned pipeline expansion.

Environment Minister Jonathan Wilkinson is even further west today, delivering a keynote at the “sustainable business summit” known as the 2020 GLOBE Forum. No word on whether the minister will attend “GLOBE After Dark,” a late-night party that celebrates the summit’s three decades of “big deals, big ideas and big impact.” Tomorrow, Wilkinson has scheduled an announcement on the politically popular plastics pollution ban.

It’s a rare Canadian politician who wants the words SNC-Lavalin to stick to them. Writing in Maclean’s, Stephen Maher connected the dots between Peter MacKay and a powerful lobbyist who supports his campaign, William Pristanski. The pair have known each other for decades, and Pristanski’s impressive client list bloomed all the while. A few years ago, he added a global construction giant in major legal trouble to that roster—and played a key role in convincing the feds to pass a deferred prosecution law.

When MacKay ran for the Progressive Conservative leadership in 2003, Pristanski served as campaign chair. In the years since, the pair “played hockey together and their paths crossed on files that Pristanski was promoting,” writes Maher. The official word is Pristanski has no role on the MacKay leadership campaign, but party insiders say he’s in the middle of the action.

Commandos staying put: Eight years after the feds started a fight with a beloved farmer named Frank Meyers, ultimately expropriating his family’s land for a new special forces training facility, the Canadian Forces have decided to stay put at the original base outside Ottawa—a decision that isn’t a total surprise. (We know you love links to maps, but given all the “no photography” signs on the perimeter fence, even sending your eyes to Google Streetview’s cameras seems like a national security threat. Hint: Go west from this point.)

When it comes to Venezuela, Canada’s on the wrong side of the coup: Writing in Maclean’s, Andray Domise finds a strong echo of recent Haitian history in Canada’s approach to today’s Venezuela. He says Liberal support for Juan Guaidó, the disputed leader of Venezuela who they call interim president even though he never ran for that office, “continues the tradition of undermining the ability of oppressed people in foreign nations to achieve self-determination, while covering its actions in the gossamer-thin ruse of actually supporting those human rights abroad.”

Ottawa is forging ahead with its last set of Budget 2019 promises on student loan reform. The feds will, unless all hell breaks loose in public consultations, rewrite the rules so that students who take six-month leaves from their studies won’t inadvertently pay interest on their loans (which is currently an outcome). In not-totally-unrelated news, the auditor general is due to report on “student financial assistance” this spring. That’s almost never universally good news for whomever lies under the microscope.

It feels like Avril in Fevrier: Today, Minister of Innovation Navdeep Bains will head to the launch of the Autonomous Vehicle Research and Intelligence Lab (ahem, AVRIL) facility at the University of Waterloo. Rumour has it the qualifications for new hires include “independent and self-driven” as requirements.