Philippe J. Fournier: The latest 338Canada analysis shows the party struggling in Quebec and B.C. and far off its 2015 results 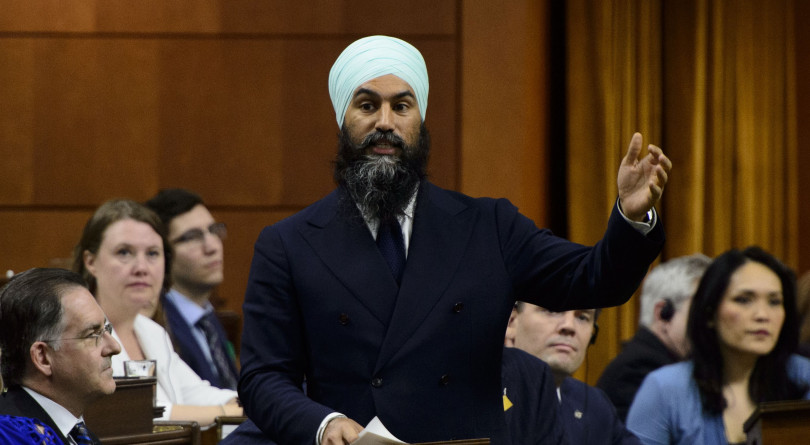 Singh stands during question period in the House of Commons on Parliament Hill on May 15, 2019. (THE CANADIAN PRESS/Sean Kilpatrick)

Polling numbers for the federal New Democrats have not been kind in the past two years. Ever since Tom Mulcair’s ousting in 2016 and the nomination of Jagmeet Singh as leader in the fall of 2017, the NDP has not been able to gain any kind traction in public opinion.

In fact, when we look at the grand picture of NDP polling over the past two and a half years, all we see is noise—fluctuating at best around 20 per cent and at worse below 15 per cent.

Here are the federal polling numbers for the New Democratic Party since January 2017: 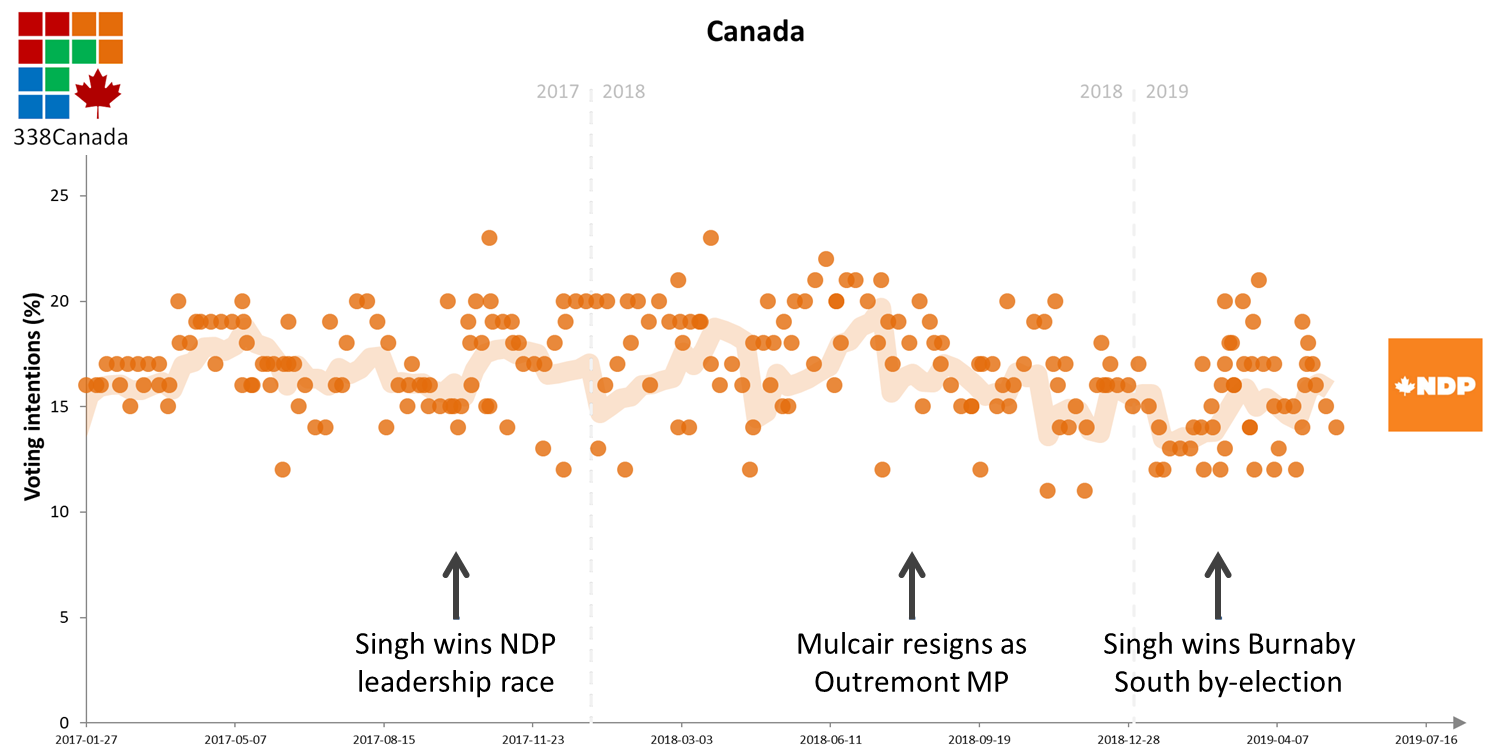 Several party leaders have experienced a polling boost shortly after their nomination as party leaders. Some of this could be due to increased media coverage over the nomination process and some could be explained simply by the novelty effect and their candidacy. In the spring of 2012, shortly after Tom Mulcair won the NDP leadership, poll numbers clearly showed a quick (but ephemeral) surge that resulted in the NDP and CPC being in a statistical tie over the following months (see Éric Grenier’s poll tracker here).

Ditto in 2013 when Justin Trudeau won the liberal leadership: the Liberals went from third to first in quick fashion in the polling average. That Trudeau novelty effect lasted well into the fall of 2014.

And even though the nomination of Andrew Scheer in May 2017 did not seem to produce an immediate boost for the Conservatives, he at least seems to have benefited from souring Liberal numbers since Trudeau’s honeymoon period came to an end.

Not so for Jagmeet Singh. At least not yet.

Even the latest Liberal misfortunes and the long-awaited election of Singh in Burnaby South in February did not seem to give the NDP a much-needed boost in voting intentions. Here are the NDP numbers since the fall of 2018: 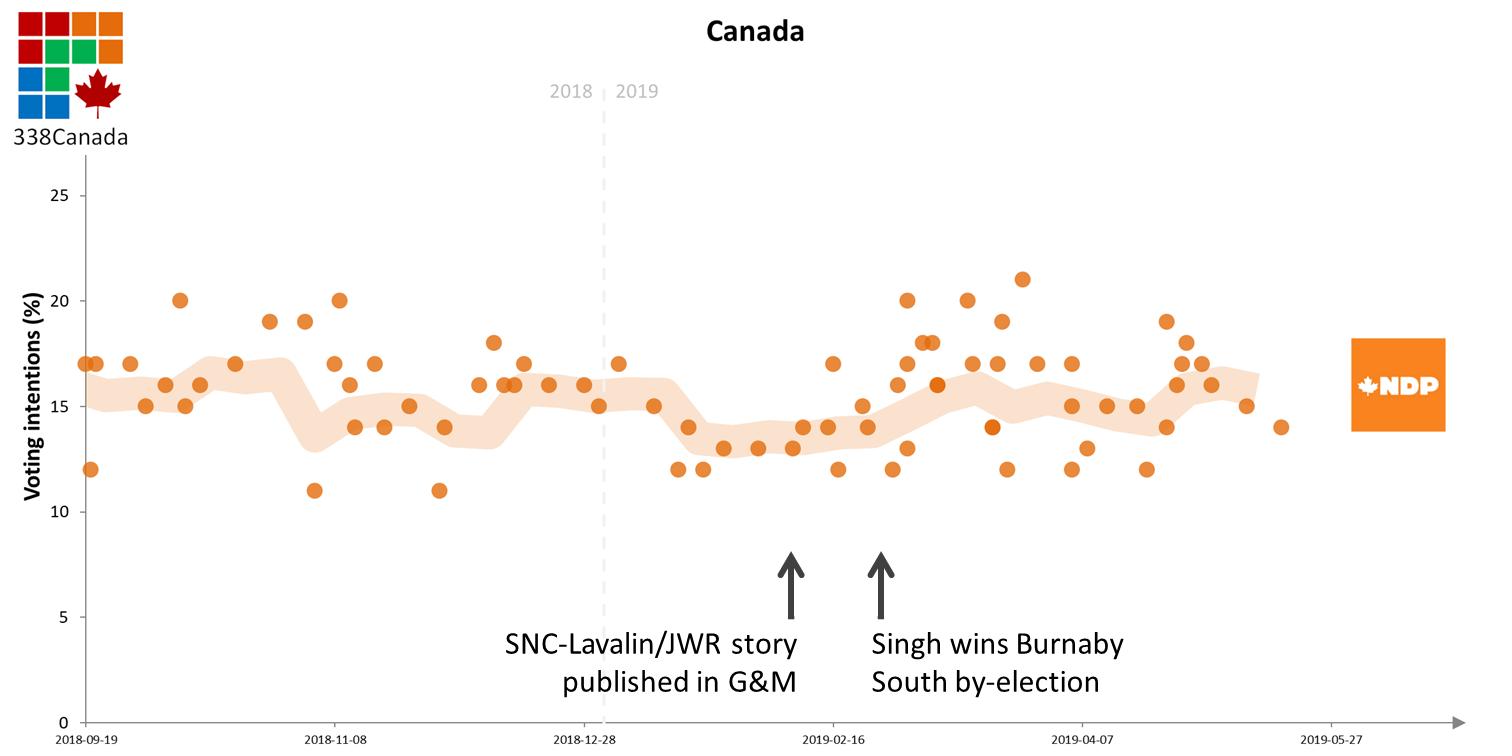 Some polls have had the NDP as high as 20 per cent nationally, but the polling average remains closer to 15 to 16 per cent. (The complete list of polls is available here.)

Let’s compare the latest NDP projections to the 2015 election results in the main polling regions of Canada: 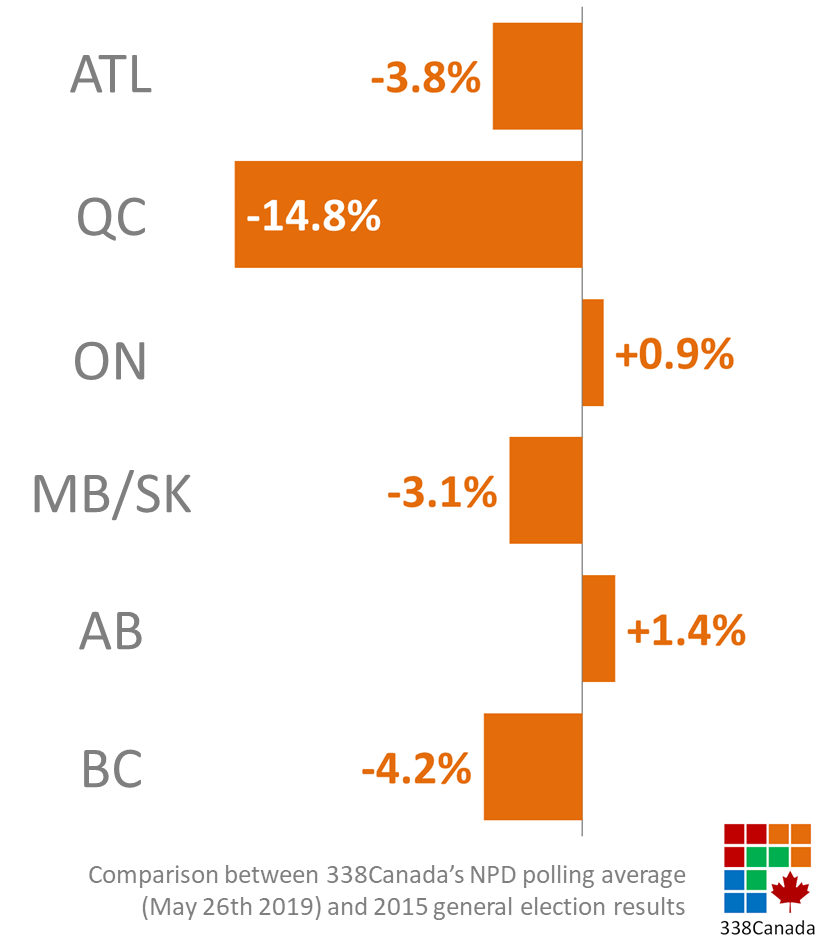 The graph above tells us that NDP support has not decreased in a uniform fashion since 2015.

Even though the receding NDP numbers should have no effect in the seat projections for the Atlantic provinces (where the NDP was shutout in 2015), the decreasing support in British Columbia (combined with the recent Green rise) could spell trouble for Singh.

In 2015, the NDP won 14 seats in B.C., but is currently projected at an average of only 7 seats in the province. (Obviously, no votes have been cast just yet, but such a result would be the lowest NDP seat count in B.C. since the 2004 election.)

But it is in Quebec, the province where the NDP won its greatest shares of seats in the past two general elections (59 in 2011 under the Hudson, Que.-raised Jack Layton and 16 in 2015 under Mulcair), where the NDP’s decline is most striking. The NDP is currently polling close to 15 points lower than its 2015 result in the province. The latest 338 projections have the NDP winning at most 3 seats in Quebec. Both the Liberals and the Bloc québécois are looking to increase their Quebec seat totals at the expense of the NDP. 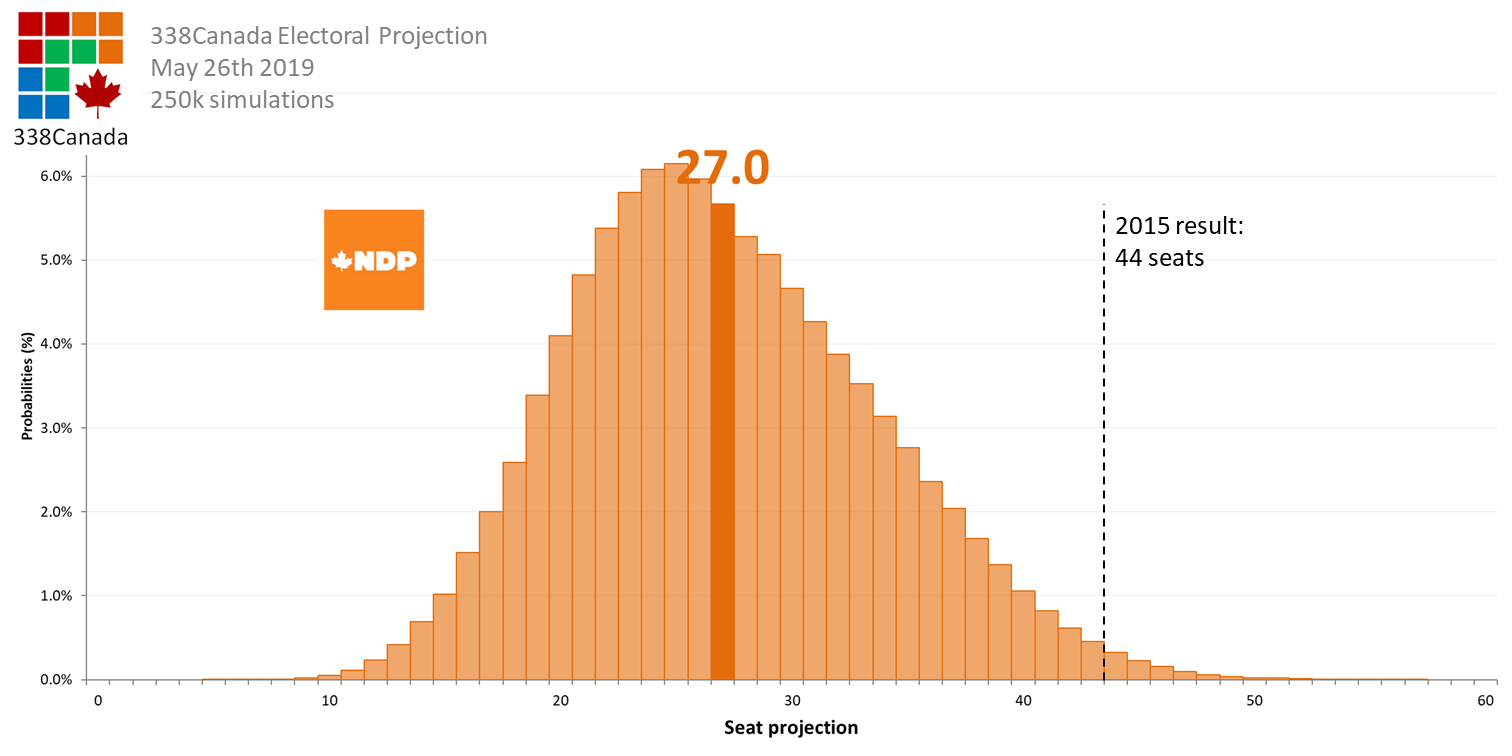 According to the list of districts ranked from most likely to least likely, the NDP has 20 safe or likely seats, and is competitive in at least 15 more. On average, the NDP currently wins 27 seats per simulation. Even though the 95 per cent confidence intervals remain fairly wide, the 44 seat result from 2015 seems, at least for now, unattainable.

We are still 147 days away from the federal general election in Canada, which, as the saying goes, is an eternity in politics. The NDP numbers have dropped since the last general election, but so have those of the NDP’s main opponent: the Liberals.

Like the Liberals, the NDP now has to defend its environmental flank from Elizabeth May’s Green Party, but whether the Greens are ready for prime time is still up in the air. With better poll numbers comes more scrutiny. It’ll be interesting to track these numbers all the way to Oct. 21.