Which military hero do you want for PM?

Lynton Crosby was inspired by British Field Marshall William Slim. We matched the other major party leaders to their military muses.

Military metaphors have been used for more than a century to describe political races. It’s a natural comparison: each party’s strategy emanates from “war rooms.” The campaign, as political scientist and former Conservative adviser Tom Flanagan points out in his 2014 book, Winning Power: Canadian Campaigning in the Twenty-First Century, typically consists of both a “ground war,” in which candidates have personal connections with voters, and an “air war,” in which the message is delivered through the mass media.

“Maybe it’s just playing at soldiers, but it helps to justify the effort and intensity necessary for a successful campaign,” Flanagan writes.

It is thus not surprising that, according to a segment aired BBC TV recently, the Australian political guru and strategist Lynton Crosby, who was recruited by the Conservatives to re-energize and re-focus their campaign—he’s known as the “Wizard of Oz” and the “Master of the Dark Arts”—cites as one of his military role models British Field Marshal William Slim. Commander of the British field army in Burma during the Second World War, Slim also served as governor general in Australia from 1953 to 1960. Slim led by example and inspired his smaller army to defeat the sizable Japanese troops that confronted them. 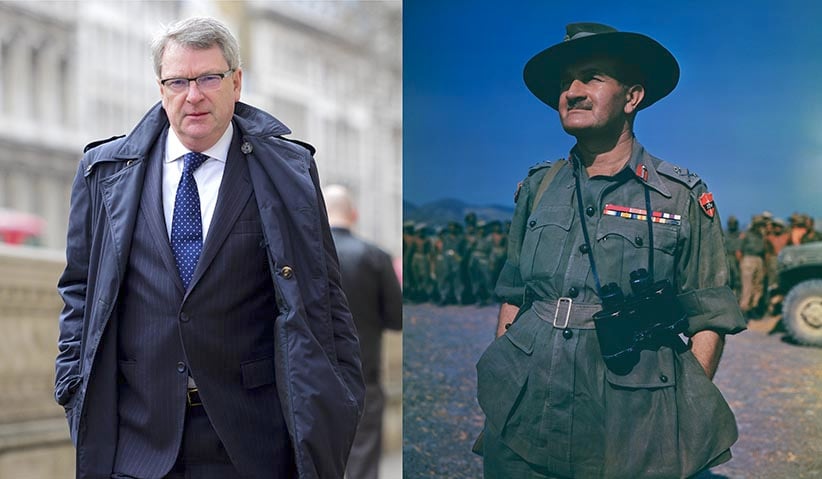 Some of Slim’s key strategies (as outlined by U.S. Major Crispin Burke, an aviator stationed at Fort Bragg, N.C.), that Crosby might keep in mind for his Canadian assignment:

• Planning is everything. And nothing.

• Give up your best people for the good of the institution.

• Keep it short and sweet.

Well, it may be be a bit late for that last one. But if General Slim now characterizes the Conservative campaign, which generals fit the NDP and Liberal campaign strategies? 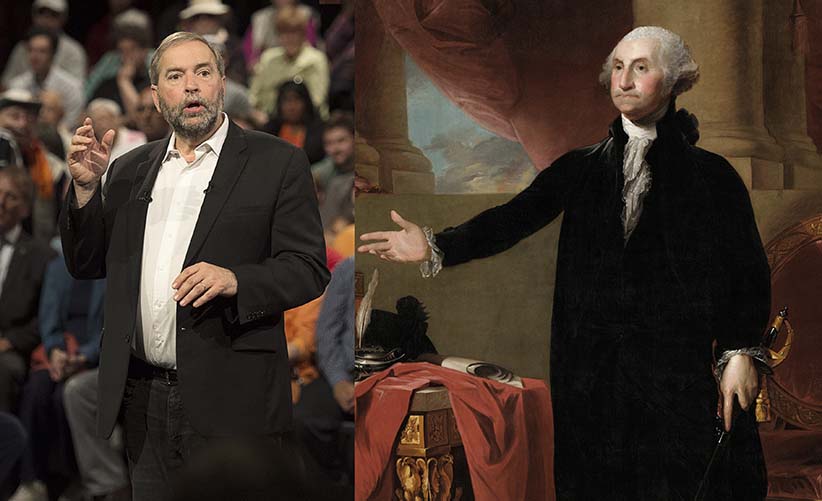 NDP Leader Tom Mulcair has emerged as a miracle worker: He has made the traditional third-party status NDP into a real contender for power, making the results of the 2011 federal election (59 NDP seats in Quebec and 44 in the rest of Canada) the first stage of a remarkable political realignment. As a self-proclaimed fighter for social justice, Mulcair has relocated the party to the centre with determination and stubborn resolve reminiscent of George Washington.

The American revolutionary general who became the first U.S. president also was a miracle worker: he forged a rag-tag group of colonial soldiers into a fighting force that helped defeat the British Army, the mightiest in the world in the 18th century. Washington believed in the cause of the revolution, and convinced the people of its merits. And despite his military background, Washington detested war and may well have supported Mulcair’s controversial foreign policy plank that Canada should stop participating in air bombing raids on ISIS.
Some of Washington’s words for Mulcair, and indeed, all the leaders, to live by:

• “Labour to keep alive in your breast that little spark of celestial fire, called conscience.”

• “However [political parties] may now and then answer popular ends, they are likely in the course of time and things, to become potent engines, by which cunning, ambitious, and unprincipled men will be enabled to subvert the power of the people and to usurp for themselves the reins of government, destroying afterwards the very engines which have lifted them to unjust dominion.” 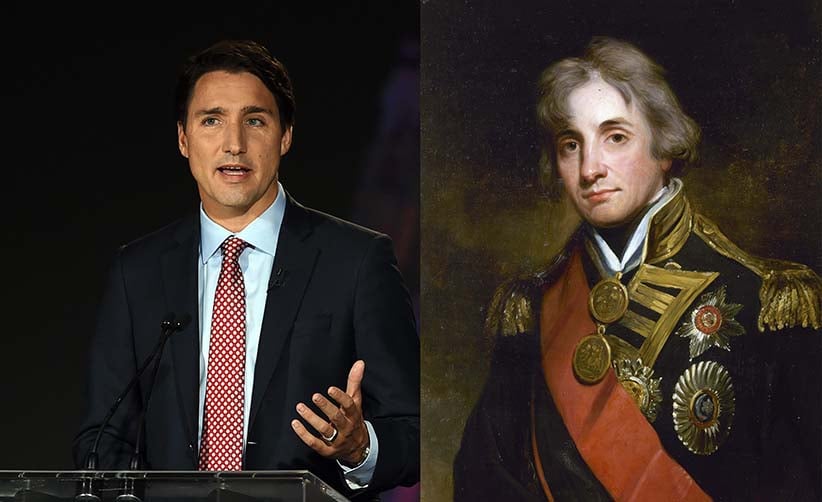 Liberal Leader Justin Trudeau has said that if he becomes prime minister, he will run a more open and less controlling PMO than his father, Pierre Trudeau, did. Yet the younger Trudeau can’t deny that he is his father’s son. In designating candidates in several ridings and ruling that Liberal candidates in this election must be pro-choice on the abortion issue, he has shown that he has inherited his father’s authoritarian streak as well.

That’s also something Trudeau shares with Horatio Nelson, the British vice-admiral who defeated Napoleon’s fleet at the Battle of Trafalgar in 1805 (and lost his life doing so). Known to be bold in battle, early on Nelson showed himself to be a severe authoritarian; on a long voyage he commanded when he was only 29, he ordered that 61 of the 142 crewmen be flogged for disciplinary purposes.

Nelson too had to put up with annoying questions about his preparedness for command, even though he was a high- ranking officer and had seen a lot of action at sea in Europe and North America. As he grew more experienced, Nelson mellowed. Still, as one online biography points out: “He was also vain and loved to be flattered and receive praise.”

And there was that hair.

Wise words from Nelson’s approach to battle and life:

• “First gain the victory and then make the best use of it you can.”

• “Gentlemen, when the enemy is committed to a mistake we must not interrupt him too soon.”

Historian and writer Allan Levine’s most recent book is Toronto: Biography of a City.