Who we're Googling in the 2015 election

According to Google Trends, we’re only slightly more interested in the federal leaders, unless there’s a debate

So, are you interested yet? Way back in August when the writ dropped, many feared that a long campaign would mean an especially disinterested public, and there’s still almost an entire month left before Canadians head to the polls. It’s not easy to judge the political interest of the population, but it’s possible to at least determine relative interest. Taking a look at Google Trends, we can see how searches for the leaders change over time. For example, searches peaked right after the Maclean’s and Globe and Mail debates, but interest between them wasn’t significantly higher than before the writ dropped. But before you peruse the chart, here’s some important context: This Google interest in our leaders is still only about 50 per cent of our Google interest in Donald Trump. 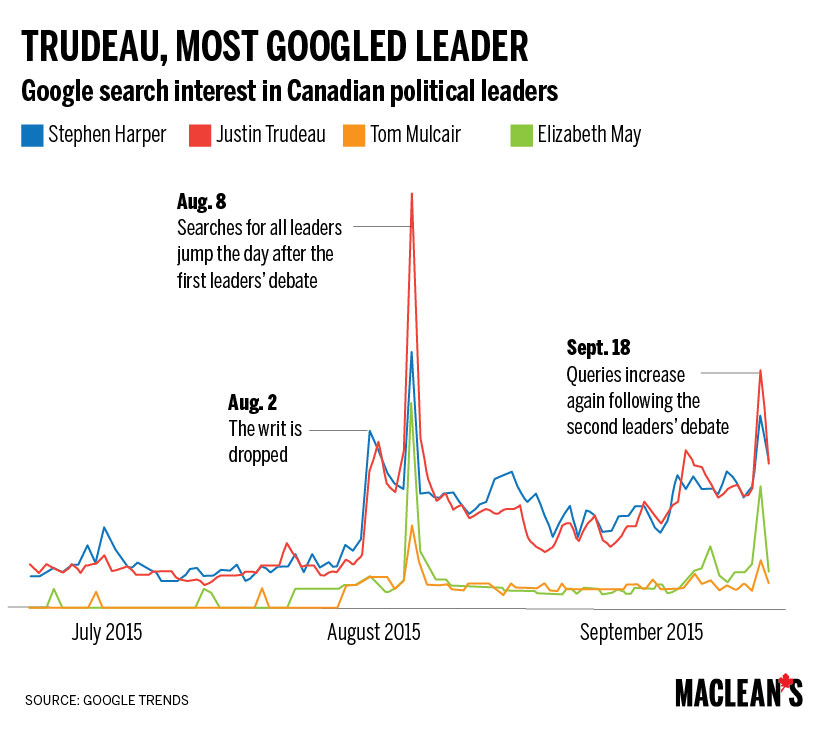