Why do you vote? Tell us.

What are your reasons for casting a ballot? Let us know with the hashtag #WhyIVote 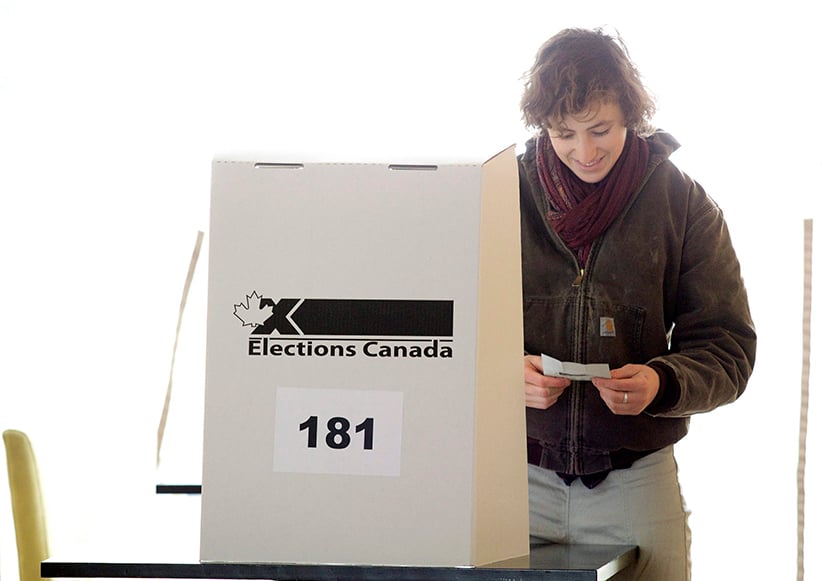 A voter prepares to cast a ballot for the federal election in a polling station on Toronto’s Ward Island on Monday, May 2, 2011. (Chris Young/CP)

Why does Norm Kelly vote? Simple. “It’s cathartic,” the Toronto city councillor (and perhaps the world’s No. 1 Drake superfan) writes us.

Celebrity gossip blogger Lainey Lui votes “because there was a time when a woman who looked like me wasn’t allowed to speak, let alone have a hand in deciding our government.

“I come from a family of immigrants,” the co-host of The Social tells Maclean’s. “They gave up everything they had so that I could live with these privileges. I vote to honour them.”

Approximately 3.6 million Canadians cast their ballot at advance polls during the Thanksgiving long weekend. On Monday, Oct. 19, millions more will go to the polls to decide the future of this country. Many will vote because it is their civic duty. Others will vote to make their voices heard.

War Child Canada founder Dr. Samantha Nutt votes “because I have a stake in the future of this country: where it’s going, and what I’d like it to be. And because not voting is like refusing to wear clothes on the subway: If you won’t do it for yourself, do it for everyone else.”

So why do you vote? Tell us by tweeting @Macleansmag, using the hashtag #WhyIVote, or share your reason in the comments below. Maclean’s is not looking for your endorsement, nor do you have to say whom you’re voting for (or against). We will publish a selection of your answers in an upcoming Maclean’s Election Daily, our “bulldog” digital edition.

What are your reasons for voting? Here are some of the answers we’ve received so far: 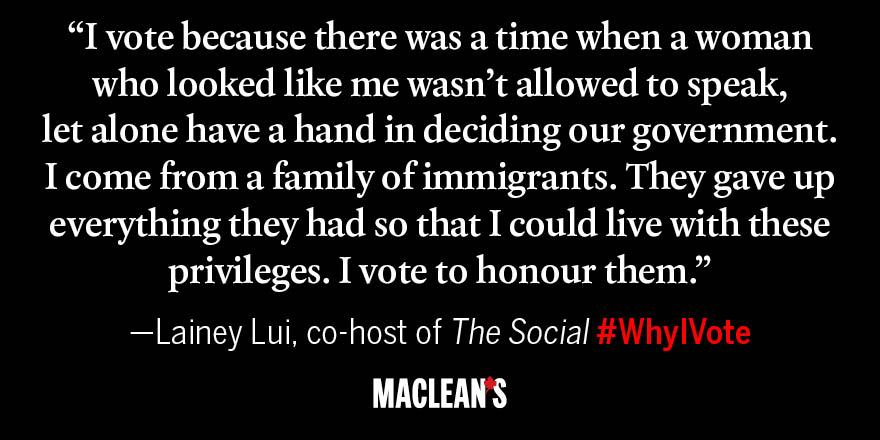