Why Harriet Brooks fits the bill

A pioneering physicist, Brooks wrote that a woman 'has the right to the practice of her profession' 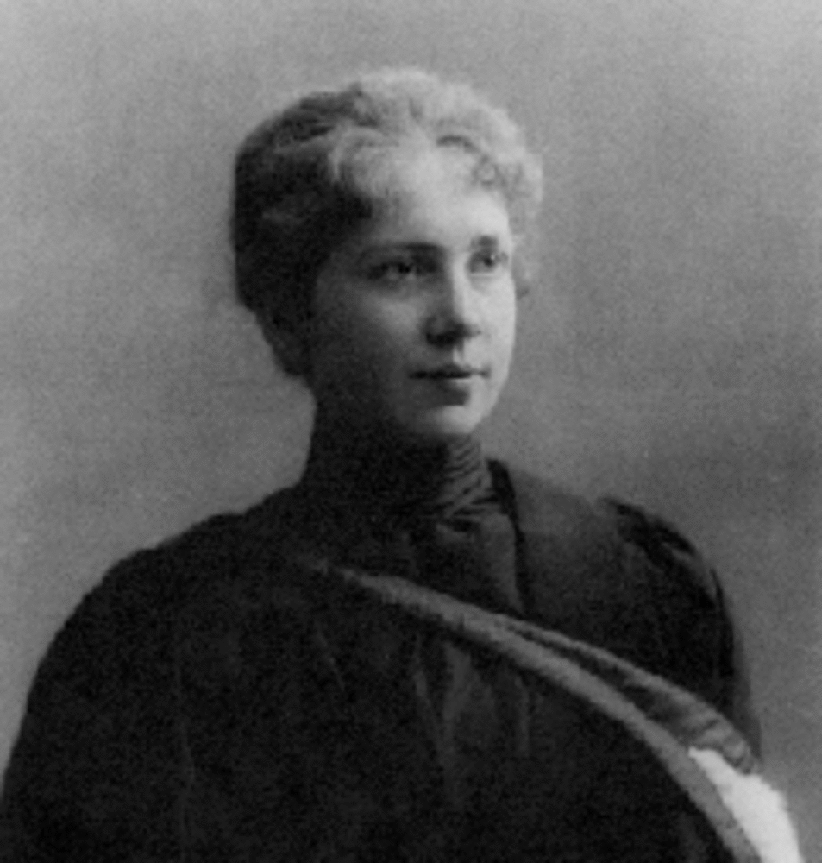 The Bank of Canada is fielding suggestions through its website for an iconic Canadian woman to grace a new bank note, slated to enter circulation in 2018. It would be the first woman, other than the Queen, to be pictured on a Canadian bill.

Pioneering physicist Harriet Brooks strikes me as an intriguing candidate for the honour. So I called Geoff Rayner-Canham, a chemistry professor at Newfoundland’s Memorial University, to ask about her. He wrote a landmark article about Brooks, co-authored with his wife, Marelene Rayner-Canham, published in the journal Physics in Canada back in 2005.

Before then, Brooks, who was born in 1876 and died in 1933 (at just 56, likely as a result of radiation exposure in the laboratory) was an all but forgotten figure. This is an edited version of my telephone conversation with Rayner-Canham:

Q: For those who haven’t heard about her, who was Harriet Brooks?

A: She was born in the late 19th-century in Ontario and did degrees at McGill University, back when it was pretty pioneering for women to go there—

I think McGill credits her as the first women to earn a master’s degree at the university.

Yes, indeed. She was a brilliant scholar. At that time, Ernest Rutherford, one of the world’s top experts on radioactivity, came to McGill because a tobacco company had built a new physics building (they don’t tend to do that these days). Rutherford took on Harriet Brooks and later remarked that she was the most prominent woman in the field of radioactivity after Marie Curie.

She really did outstanding work. One of her contributions was discovering that elements like uranium decayed in a series, they didn’t just go from one thing to another. She was the first person to come across radon, the gas that’s a problem now when we find it in basements. She went to England to work with J.J. Thomson, the most prominent physicist of the time, then worked briefly with Marie Curie. Then she was given a scholarship to work again with Rutherford, who was by then in Manchester, England.

It seems she never quite found her place, though.

The real problem, as Ernest Rutherford’s wife pointed out in a letter—quite a lot of correspondence remains—was that really in those days there wasn’t much in the way of opportunities for brilliant women scientists. She could become a tutor or something like that, a lab person, but never really advance much.

Yet her life was hardly uneventful.

There are many interesting side stories. She was friends with the Russian writer Maxim Gorky—

Really? The author and revolutionary?

That’s right. Not romantically, although she was with his male secretary. Brooks lent Gorky’s wife her passport so she could go back to Russia, where Gorky’s wife was persona non grata.

The Gorkys were in the United States at that time?

They were down in the States. Brooks worked briefly at Barnard College and this was where she met Maxim Gorky and his wife. Very colourful story. She was an amazing woman, decades before her time. Had she lived in these days, I’m sure she would be an award-winning research physicist.

Even facing the obstacles she did, you’ve written that she really did make some remarkable contributions. Is it true she was the first to discover that one element could turn into another element?

I’m interested by what you’ve written about what happened when she had to resign from a faculty position at Barnard College. Can you tell that story?

What happened was that she got engaged to a physicist at Barnard College, which is an old women’s college in the States, and she told the dean she was planning to marry. The dean sent a letter back saying that she was not willing to have anyone in the department who put her work second, but didn’t think it was appropriate for a married women to put her career before her family. Brooks wrote a very stirring response, I wish I had it at hand—

Actually, I have your article on her from Physics in Canada right in front of me. You quote her as writing in that letter, “I think also it is a duty I owe to my profession and to my sex to show that a woman has the right to the practice of her profession and cannot be condemned to abandon it merely because she marries.”

Lovely. You’ve saved me there.

No, thanks for bringing all this to light. It really is sad to think what she might have accomplished if not for the sexism of her era.

I think there’s a second factor. When you’re associated with a famous name, your accomplishments get attributed to that person. Rutherford was very good whenever he spoke or in his articles, quite often co-authored with Harriet Brooks, he would refer to ‘Miss Brooks’ having done this.

But in later history, it was Ernest Rutherford who made these discoveries. In fact, it was very irksome when the Bulletin for the History of Chemistry, which is very prestigious, had an article saying Ernest Rutherford discovered radon. We had to submit a letter saying, ‘No, he was the professor who sat in his office smoking his pipe while Harriet Brooks did this.’ They were delighted to publish it.

How do you think she’d look on a bank note?

I’d love to see it. Not just as an example of a prominent women, but because women in science is still a problematic area. Women still face the same problems of balancing research and life. It’s not quite as extreme as the dilemma she faced.

A professor of geobiology at Unviersity of Hawaii, Hope Jahren, wrote recently in the New York Times about the harassment of women just trying to do their jobs as scientists.

The other things is awards. Awards in the physical sciences almost all go to men. It’s men on the selection committees, men who put their names forward, women tend to be more reticent. One of my former students spotted this and went after the big university she’s at, saying, ‘Hey, you’ve got a committee that’s all guys and, what a surprise, the winners are always guys.’

Maybe if would be different if they all had pictures of Harriet Brooks in their wallets.

I think you’ve got a very good point there.