Harper's controversial appointees are out of the diplomatic corps. Unsexy federal bureaucrats are back. 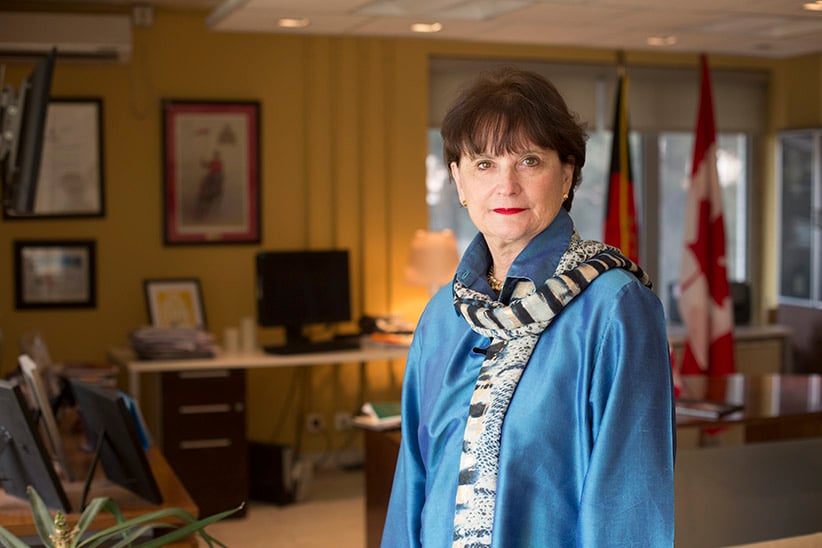 The Liberal government cleaned diplomatic house on Tuesday, announcing the appointment of 26 new ambassadors, high commissioners and consuls general from Havana to Tel Aviv. The list is heavy on foreign service experience, short on overtly political appointments and pristinely gender balanced. In a statement, Global Affairs Canada said the recalls and new postings “ensure its diplomatic leaders represent a wide diversity of Canadians.”

Ferry de Kerckhove, former high commissioner in Pakistan and ambassador to both Indonesia and Egypt over a long career in the foreign service, said the appointments signal a conscientious shift in approach for Justin Trudeau’s government. “We’re back to what I would call normalcy in diplomatic appointments,” he says. “It confirms the Prime Minister’s early statement about giving back to the foreign service its role in representing Canada abroad, and also giving back its ability to actually do their job, which is to report, comment and provide advice.”

One diplomat being recalled conspicuously early in her tenure is Vivian Bercovici, a Toronto lawyer who was named ambassador to Israel in January 2014. She drew criticism for her outspokenness, including a series of pro-Israel tweets that were distinctly undiplomatic in tone. Rumours of Bercovici’s ouster had been swirling for months. “We did a lot of damage to ourselves internationally by having a person who was so one-sided, supporting both [Israeli Prime Minister Benjamin] Netanyahu and installing [former Prime Minister Stephen] Harper’s views, and being very demeaning toward the Palestinians,” says de Kerckhove.

Bercovici will be replaced by Deborah Lyons, ambassador to Afghanistan since 2013 and before that, deputy head of mission in Washington, as part of a lengthy career in the foreign service. “She has a vast swath of experience, she was in Afghanistan—she’s solid like a rock. She’s very, very smart,” de Kerckhove says. “Her nomination there underscores the importance that Canada attaches to Israel.”

Another Harper appointee who drew criticism was Bruno Saccomani, an RCMP superintendent and the former prime minister’s bodyguard, whom he named ambassador to Jordan in 2013. Saccomani has now been recalled in favour of Peter MacDougall, a career bureaucrat who most recently worked as assistant secretary to the cabinet for foreign and defence policy. De Kerckhove says there was “resentment” in the ranks that Harper had given short shrift to a highly political and social post, given that the royal regime in Jordan traditionally had close ties to Canada. “Jordan has always been a bit our darling in the foreign service,” he says.

Chris Cooter, former high commissioner in Nigeria, replaces John Holmes as ambassador to Turkey—a locale that is suddenly fraught and important, given the attempted coup last week. Cooter’s appointment would have been in the works long before unrest roiled the country and its government, but de Kerckhove, who has worked with him, says while Cooter’s new job just got more difficult,  he is “a solid guy” who is more than up to the task.

There is at least one more diplomatic appointment on the immediate horizon. Donald Bobiash, the current ambassador to Indonesia, has been named the new ambassador to Colombia, but his successor has not yet been announced. That’s because the Indonesian parliament must ratify its foreign envoys, de Kerckhove says, though he predicts the Canadian government would already have presented its choice. “When I was ambassador to Indonesia, I think it took 45 days, and that was deemed to be short,” he says.