Why Kelly Knight Craft was made U.S. ambassador to Canada

She's a respected GOP fundraiser who backed Donald Trump. 'I think the Canadians are going to love her,' says her sister. 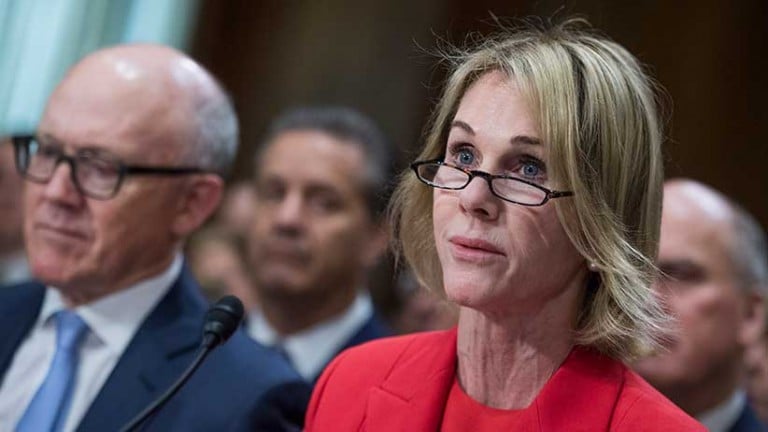 Kelly Knight Craft isn’t a first-time diplomat, but her experience in international relations has recently been quite equestrian. Horse breeders in Kentucky have sought thoroughbreds from overseas, so she’s travelled as a delegate of her local chamber of commerce, says one of her colleagues there, and been hosted by the princess of Dubai.

“My sister’s always had an international flare,” says her younger sibling Micah Guilfoil. “I think the Canadians are going to love her. I think she’s going to endear herself to you.”

As Knight Craft begins her job this week as America’s ambassador to Canada, she arrives not as a professional diplomat but rather as an influencer in Kentuckian affairs. She is a talented fundraiser—with her husband, she contributed seven figures to Donald Trump’s presidential campaign—and she is a name who helped legitimize Trump for many undecided voters.

Basketball teams, orchestras and horse derbies in her home state have all been shaped by the woman who so expanded the Republican Rolodex. “Honestly because Kelly was so strongly for Trump, contested states like Ohio [swung],” says her friend and lawyer Christy Trout. “Certain people on the fence, when they saw Kelly was a supporter, they wanted to be on board, too, because Kelly has such a great reputation of backing winners.”

Although the couple initially supported Marco Rubio, they announced their Trump support in June 2016, partly because he agreed in private that he wouldn’t replace House Speaker Paul Ryan or Senate Majority Leader Mitch McConnell, whom they’d also helped elect.

The announcement brought Trump instant credibility, according to Scott Jennings, a political observer in Kentucky. “If you’re a donor outside of Kentucky,” he told a local media outlet, Spectrum News, “and you’re not paying as close attention, for instance, to our upcoming governor’s race, but Joe Craft and Kelly Knight call you and say, ‘Let me tell you why this is important,’ then they’re going to listen and those people are going to take note of what’s happening in Kentucky.”

Knight Craft backed George W. Bush in 2004, and he gave back by appointing her an alternate delegate to the United Nations in 2007. The kinship was proven during a visit to the White House by the Kentucky Chamber of Commerce, when one of the wives of her chamber colleagues was denied entry. “This lady was very upset,” recalls Bob Quick, president of the chamber, “and as she was walking back to the hotel, she told [Kelly] how she wasn’t allowed in, how they’d goofed.” He says Kelly got the woman inside by calling up Karl Rove, the president’s senior advisor.

Knight Craft is also tight with Kentucky Governor Matt Bevin, who congratulated her on the new job by holding a luncheon in the rotunda of the governor’s mansion. She’s close enough to Mike Pence and Ted Cruz to stop them eating during a recent dinner so they could observe the birthday of her younger brother, Mark (president of the Kentucky Horse Racing Commission). “Leave it to Kelly to organize not one but two cakes,” says Trout, who was at the meal. “There is nothing she wouldn’t do or give to another human being.”

Née Kelly Guilfoil, she grew up on a farm in Glascow, Kentucky. Her father, Bobby, was a thoroughbred Democrat who hosted party pig-roasts. Although they raised cows and horses on their farm as hobbies, he earned money as a veterinarian—“he took care of your horse, and he took care of your kitty cats,” says Trout.

Knight Craft helped take care of her two younger siblings when they were toddlers, establishing a classroom in their mother’s sewing room and pasting the alphabet around the walls. “She would come home from school, and then it would be my turn,” Micah recalls. “She had me sitting in a room for several hours a day, for years of my life.” 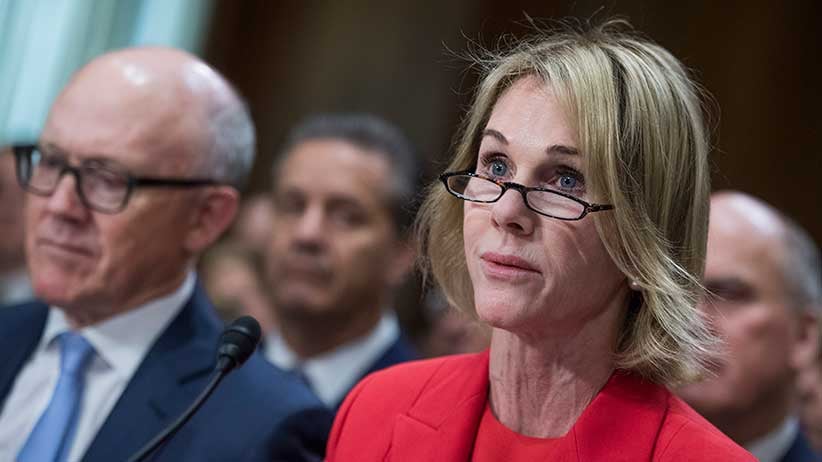 Knight Craft studied at the University of Kentucky and earned a Bachelor of Arts. She married David Moross, CEO of a private equity firm, and within one year became mother to Mia Moross, who is now a businesswoman who sells antique jewelry. Knight Craft later had another daughter, Jane Brady Knight, with her second husband, Judd Knight, an orthodontist.

Joseph Craft, her current husband, owns a billion-dollar coal company, Alliance Resource Partners. Joseph has expressed skepticism on climate change to a local newspaper, though no friends or family members commented on Kelly’s position. In an interview with CBC this week, Knight Craft said she respects “both sides of the science” on climate change.

While the couple donated more than $2 million to Donald Trump’s campaign, the job application for ambassador has never been known as a meritocracy. Bruce Heyman, who also grew up in Kentucky, donated $1.2 million to the Democrats before Barack Obama appointed him ambassador, holding little diplomatic know-how as vice president of Goldman Sachs.

“I think she is extremely qualified,” says Micah. “I don’t know if you all realize what a focused person she is.” Kelly runs at least five kilometres most days, and the couple is fanatical for sports at the University of Kentucky, where they financed a new football facility, with Kelly offering to add the extras of a press box and medical centre. Recalls Mitch Barnhart, athletics director of the university: “She flat out just said, ‘I think we can do this differently.”

When home in Lexington, Kelly and Joe often eat at Dudley’s on Short, a restaurant ironically located in a district named Cheapside, where Kelly orders Rombauer chardonnay and a kale salad with pine nuts and sundried cherries, according to owner Debbie Long. She says the couple quietly supports myriad charities including an academy for gifted science and math students. “They’re doers,” says Long. “They financially do, too.”

Horse competitions have often benefitted from their largesse; Knight Craft recently gifted jewels to the owner of the horse American Pharaoh when it won three categories in the Breeders’ Cup—what her colleague at the chamber of commerce calls, “the big grand-daddy race of them all.”

Knight Craft will be the first female to hold the big grand-daddy job of diplomacy. The United States and Canada have the largest trade partnership of any two countries, and Canada has never had a female ambassador manage the relationship either (though Knight Craft has identified Canada as female; when talking about the death of Gord Downie in a speech Monday, she noted, “Canada will lay to rest one of her favourite sons.”)

“What a privilege it is to be part of one of the most enduring partnerships the world has ever known,” she said as she presented her letter of credence to Governor General Julie Payette. “We are bound together by history, our values, our economy, our families, our environment and our resolve to improve the lives of of our citizens.” And now, also by her.

MORE ABOUT THE U.S.-CANADA BORDER: