Why Shepell is not happy with Morneau

Warren Shepell sold his company in 2005, but his name lives on as part of Morneau Shepell—and he wants it to stop 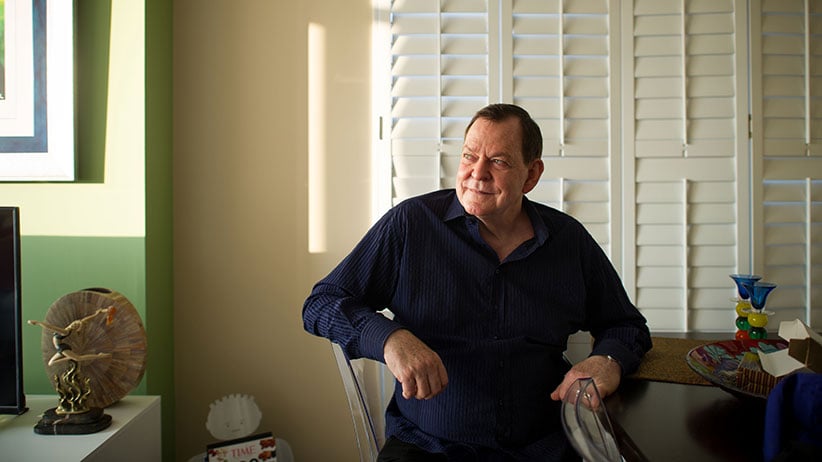 In 2008, the company led by Bill Morneau bought a firm called Shepell.fgi. The namesake was a psychologist from Fisher Branch, Man., who pioneered the concept of employee assistance programs in Canada.

But Warren Shepell would have no connection to Morneau’s new company, which today serves two-thirds of the largest companies listed on the Toronto Stock Exchange (including Rogers, which owns Maclean’s). He’s not even mentioned in the company’s official history. Shepell asked the owner not to use his surname, but lawyers got involved, the Ontario government agreed with Morneau and the company became Morneau Shepell.

He subsequently asked Bill Morneau, who of course is now federal finance minister, to either drop the name or let him work with the company. Morneau wasn’t interested.

This fall, Shepell and his siblings—his brother is a retired construction worker, and his sister sold pierogis for much of her life—started hearing their name slingshot through Parliament as the finance minister faced allegations of conflict of interest.

There are two names in Morneau Shepell, and the second one is mortified.

On a Sunday afternoon in Toronto, Shepell, 73, is at home drinking a chilled bottle of ginger juice. He sublets a condominium from a friend, and he keeps a television but avoids watching the news.

“It hurts. It does hurt,” he says of following recent politics. “I don’t have children, but my brother and sister, for them, they hear my name in public and they find it odd. It’s kind of an inconceivably difficult experience for them.”

Relentless opposition attacks battered Moreau all fall in the House. The revelation that he didn’t sell his Morneau Shepell shares, or put them in a blind trust, when Prime Minister Justin Trudeau named him finance minister handed the Conservatives and NDP plenty of ammunition. The company manages pensions and benefits for about 20,000 businesses, including Bombardier. Why, critics demanded, hadn’t Morneau recused himself from discussions of the federal government’s latest Bombardier bail out? Why had he pushed ahead with a pension reform law, Bill C-27, which contained measures he’d called for back when he was running Morneau Shepell? Even pledging to donate to charity about $5 million in profits he made by, finally, selling his stake, didn’t end the assaults.

“I feel embarrassed. I don’t feel favourable,” says Shepell about the controversy. Every morning, he sits on his couch and chooses a word to guide his day. He recently dedicated 24 hours to Harmony, and another to Friendliness. On this particular Sunday, he’s picked Passion and reminisces about his former business, Warren Shepell Consultants, founded in 1979. “I was so involved, so intensely passionate about what I was doing,” he says. “I know what is past we cannot redo.”

In his furthest past, Shepell grew up on a farm two hours north of Winnipeg, with five older siblings. “There were few moments for levity,” he says. At 12, he was ready for high school, which was too far away for a commute, so his parents rented him his own house in the town of Fisher Branch for $20 per month. He ate cans of Chef Boyardee, and he adopted dogs throughout his youth—“I had many. I had about 13.”

At 15, he wrote a speech about threads of emotionality between people and nature, but his father suffered a heart attack the night of a provincial speaking competition and died.

His brother, David Shepell, took over the farm, and his sister married a local schoolteacher when she was 17. Shepell wanted to attend the University of Manitoba, so his mother moved to Winnipeg and cleaned rooms and lived in a hotel, while Shepell worked in a prison in the summers conducting aptitude tests for new inmates. After a Master’s degree at the University of Waterloo, Shepell did his PhD in clinical psychology at the University of Pennsylvania.

Shepell moved to Toronto and soon founded Warren Shepell Consultants, which counseled employees on mental and physical health, childcare and marriage issues, though he remained a bachelor himself.

He won his first contract with North York Board of Education, and later expanded to serve American Express and a mining company for which he dispatched councillors to the North and South Poles. “He had this trusting thing about him, this character that gave us no doubt that our employees were in the best hands,” says Ralph Stevens, a former human resources manager at IBM. “I remember going in every year with the executives and selling the need to keep Warren Shepell.”

Shepell bought a modest house in Stonewall, Man., for his brother David, who worked in highway construction until he started to lose his hearing from the work. Today, David and his wife rely on the Canada Pension Plan and Old Age Security. “There isn’t too many dollars left over every month,” says David. “If we had to pay the mortgage right now … I don’t know what would happen.”

When Shepell’s father had moved to Manitoba at age 16, his name was anglicized from Polish. “I’m related to all of the Shepells that you’ll find in the phone book or anywhere else, and so is Warren,” says Shepell’s sister, Betty Gorchynski, who sold deep-fried pierogis at a chip stand and later while running a Hungarian restaurant in Winnipeg. The name was almost never heard beyond these siblings’ business ventures. “It was pretty much just me and my pierogis, and Warren and his business.”

At a club on Wellington Street in Ottawa, in or around late 2009, Shepell met Bill Morneau for a bowl of consommé, Shepell says. (“I’ll always remember what I had for lunch.”) Shepell doesn’t recall who initiated the meeting.

Shepell and Morneau never had a business relationship. Shepell sold his company to Clairvest in 2005, with four shareholders receiving a total of about $45 million, he says. (The other shareholders were employees, he says, who were gifted shares). “My accountant and business advisor said it was a very good time to sell,” Shepell recalls.

Clairvest then merged Shepell’s company with FGIWorld, and the new company was called Shepell.fgi. When Morneau’s company subsequently bought Shepell.fgi for $322 million, Shepell asked Morneau not to include his name, or to hire him with the company. “He was very abrupt and cold and closed,” Shepell recalls of the luncheon. “He said ‘absolutely not.’”

Morneau had no duty to hire Shepell. Nor was he obliged to change the name of the company he’d just bought. On Apr. 1, 2011, Shepell’s lawyer objected to the name Morneau Shepell Inc. as a violation of Ontario’s Business Corporations Act, which says a corporate name shall not contain a family name or even an “element” of the name unless the person consents and holds a material interest in the company. His lawyers also argued that in the sale to Clairvest, Shepell did not provide the right to use ‘Shepell’ in a corporate name as it was used by Morneau’s firm. Shepell says that the government of Ontario ultimately disagreed and he didn’t have the money to keep fighting.

By any fair reading of the situation, Morneau is not the villain here. This is the story of an accidental victim. Shepell says that he now regrets selling his business. Most of the large sum of money he made selling it is gone. Shepell says he lost money in investments including three condos, an e-book venture, the 2008 stock market downturn and other ventures in the employee assistance industry.

After 2005, he moved to Miami. In 2007, Shepell and a company he directed was sued in Ontario and California by a male model in a dispute over photographs and a contract. Shepell says this venture was solely a hobby, and that the lawsuit is “ancient history” with no relation to his career in employee assistance programs.

About losing his money, he says, “I was trained as a psychologist, not as a businessman.”

He wrote to the Minister’s office in 2015, congratulating him on the election and writing, “I would certainly be interested to step into the MorneauShepell and Shepell organization in a capacity that you deem best since you will be away from the organization much of the time in your government obligations.” He did not get a response.

The Minister’s office would not comment on the e-mail or the use of Shepell’s name—“after the election, on Oct. 26, 2015, Minister Morneau resigned from the company and all its subsidiaries and has had no contact with the firm since,” wrote a spokesperson for the minister in an e-mail.

Why is there no mention of Warren Shepell on the company’s website? A spokesperson at Morneau Shepell says the company doesn’t cite any of the individuals linked to acquisitions.

But the name has acquired notoriety in the House of Commons, where it was dropped 477 times during debates since January, including 78 times by finance critic Pierre Poilievre. In the House, MPs are not allowed to address each other directly by name; using the company name is way to get ‘Morneau’ into news soundbites. Poilievre referenced “the Morneau Shepell millionaires”, and the minister’s “billion-dollar family business, Morneau Shepell.” Leader of the Opposition Andrew Scheer called for the finance minister to resign following his dealings with shares of Morneau Shepell.

David says his brother deserves compensation. “His name is coming up and up, and he didn’t get nothing from it,” says David. “I don’t think it’s really fair for them to keep saying our name and we’re not very involved.” Although he wishes to get involved in the company, Warren Shepell says, “they want my name, but they don’t want the person.”

Shepell is still healthy enough to do occasional consulting, but “if I were younger, I would move to another country,” he says. “I would move to France or to England. I wouldn’t be reminded of my name being an EAP firm when I don’t have it.”

While Morneau Shepell administers pensions for thousands of companies, Shepell, who not so long ago was a multimillionaire, says he cannot afford to retire. He has furnished his half-price rental residence with plastic chairs, a Canadian Tire dining table and a couch-side stand costing $49.99.

He never asked for recompense from his family, after buying four houses: for David, his niece, brother Charlie and step-brother Joe. “I wish I had more and could help him back again,” says his sister, “but the only thing I can do is, when he comes home again, I can make him sauerkraut pierogis.”