Why shouldn't Marilyn Gladu be a contender? 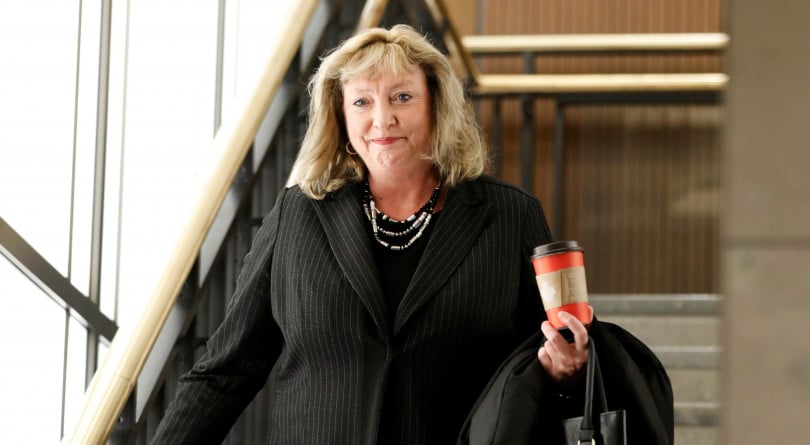 By the end of January, the 2020 Conservative leadership selection process was two weeks old and the field was settling into three strata: the front-runners, the nobodies and the ones who got away.

Almost all the big names were in the third group.

The 2019 election had cost Justin Trudeau’s governing Liberals 20 seats, their majority in the House of Commons and popular-vote bragging rights: the Conservatives, under Andrew Scheer, might have won fewer seats than the Liberals, but they had won 200,000-odd more actual votes. In theory, this all demonstrated that, with the right leader, the Conservatives had realistic hopes, though never any guarantee, of forming a government after the next election.

A party committee had set the leadership rules to discourage flakes and dilettantes. To run, candidates needed to pay $300,000 and gather 3,000 signatures from party members in seven provinces. None of this was meant to ward off serious candidates, but various other considerations did anyway. What’s worse, the rules seemed not to dissuade a flock of candidates with almost no public profile or political experience: Clayton Knutson, Jim Karahalios, Leslyn Lewis and more.

As for candidates with broad support, a decent public profile and impressive CVs, there were perhaps only two, Peter MacKay and Erin O’Toole. And that ranking probably flatters O’Toole. MacKay was the last-ever leader of the old Progressive Conservative party. He brought most of its support into the new Conservative party, serving in a succession of senior cabinet roles under his former rival, Stephen Harper. Especially with Charest out, he could count on the support of most former PCs. 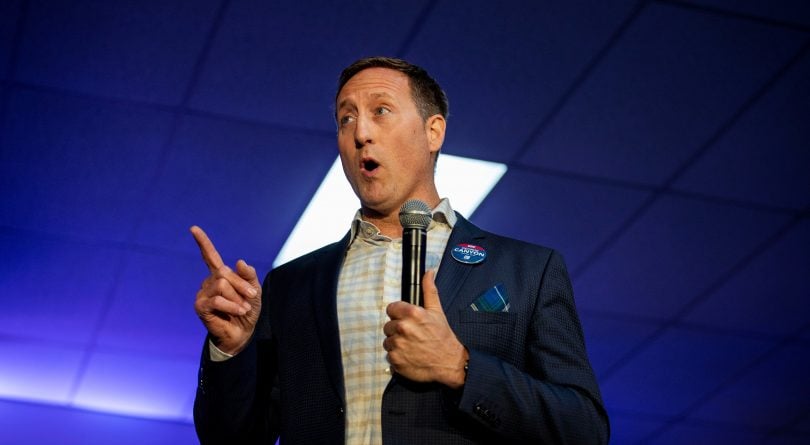 But MacKay also racked up endorsements from veterans of the party’s more staunchly conservative Reform-Alliance wing: Western-based former cabinet colleagues such as Monte Solberg and Ed Fast, political scientist Tom Flanagan, pollster Nick Kouvalis. The support doesn’t seem based on anything MacKay has said or proposed, because he has taken care not to say much. MacKay’s momentum seems, instead, to be an extension of the original 2003 Conservative founding deal: just as MacKay accepted then to stick with a leader from the other side of the party, now important figures from that side are willing to stick with him.

Still, the emptiness of the MacKay campaign in the early going has been a wonder to behold. “Canada is strong because Canadians make it strong,” MacKay tweeted in one of a series of social-media Zen riddles. O’Toole, a cheerful lawyer and Royal Canadian Air Force veteran who was first elected in a 2012 by-election and served briefly as Harper’s last veterans affairs minister, was left to bluster that at least he stands for more than that. He’s here to “start fighting and take Canada back,” he says, while MacKay represents “Liberal lite.”

This is the narcissism of small differences taken to new heights. MacKay and O’Toole are soft-spoken lawyers, Dalhousie grads and sons of elected politicians, with professional experience in Nova Scotia and Ontario. If you locked them for a day in separate rooms with pens and the same list of 100 issues, you’d discover that they had written identical views on 97 of them. The absurd dynamic of a leadership contest requires that each describe the other as a peril to the nation, until the day one wins and appoints the other deputy leader.

Could someone open a window? It’s getting a little close in here. 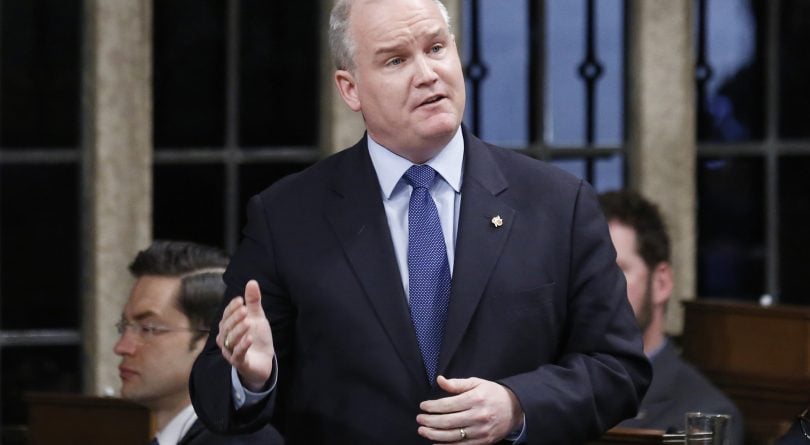 I’m not sure what there was about the spectacle of these two circling each other that made me ask for a meeting with Marilyn Gladu, but desperation leads to surprising choices. Gladu is, as I write this, the only woman candidate currently in the Conservative caucus. Depending when you read this, it’s entirely possible she’ll already be out of the race. Raising $300,000 and gathering 3,000 signatures is hard. Doing it in an environment where the likely outcome—a MacKay coronation—seems baked-in adds another level of difficulty.

“There are a third of our caucus that are helping me to get signatures and to reach out and collect volunteers,” Gladu told me in a noisy Sparks Street diner two blocks from Parliament Hill. “Many of these would be new people [recently elected MPs] who would be afraid to come out, let’s say, and support me—in case I lose and Peter MacKay wins, and they end up on the back bench.”

RELATED: The first woman in the Tory leadership race

Gladu is the MP for Sarnia-Lambton, my hometown. I didn’t know her when she was first elected in 2015, don’t know her well now and offer no endorsement. But the life she’s lived and the way she does politics raise interesting questions about how, precisely, one becomes a front-runner while others become also-rans as a party tries to redefine itself for a new era.

When I asked why she was running, she hit LAUNCH on a prepared pitch. “I really love this country and I feel like the policies of the current Liberal government are ruining it,” she said. “So if the Conservatives are going to win, I think they need a few things. I think we need a strong, dynamic leader that can actually expand the base. And I think we need a policy shift to a better balance of fiscal responsibility and social compassion.”

Meaning what? Balanced budgets, lower taxes on the fiscal side. “But, increasingly, people want help with our ailing health care system. Clearly in the last election they didn’t think our climate plan was credible. And they want, I think, compassion on Canadians who are in difficulty: so, seniors that can’t afford to live, veterans that are homeless, people that can’t afford their prescription medications and those that are caught up in the affordable housing crisis.”

Were there glimmers of something interesting in there? Surely if so, it can be stolen by one of the more saleable candidates. Except Gladu turns out to be pretty good at sales herself. “I do have 32 years of global business experience as well as a successful career in Parliament,” she said. “I worked in petrochemicals, oil and gas. I worked for Suncor, Dow Chemical, WorleyParsons, many companies that would be familiar names that have been decimated by Liberal policies.”

She’s an engineer by trade. Has she met Justin Trudeau, I asked. Sure, she said, at social events. Did engineering school come up, I asked? Because they have that much in common. Gladu brightened. “Correct. I completed, he did not.”

So in a party that’s obsessed with oil and gas, here’s a candidate who worked in the industry longer than some of its MPs have been alive. A candidate who had an entire career in the private sector that so many of her political lifer colleagues revere. Gladu learned a rough-and-ready French during business trips to Quebec. She is refining it in lessons and takes evident pleasure answering reporters’ questions in French. She’s only been an MP since 2015, but O’Toole had been an MP for about as long when he ran for the leadership the last time.

In the last Parliament, she briefly chaired the Commons status of women committee. “When I was chair of status of women, we studied why there are not more women in politics. Two of the main barriers are ability to fundraise and ability to network.” The main difference between this year’s Conservative leadership race and 2017’s is that candidates need to raise more money and collect more signatures. Gladu suspects that helps explain why she’s the only woman with a record in electoral politics in the race. “I was disappointed” by the rules, she said. Can she stay in? “That is the question.”

Gladu is one of Parliament’s tallest MPs. She seems comfortable in her skin. “Jean Charest called me” when he was still testing the waters for a leadership run, she said. “That was interesting. And he said, ‘Marilyn, I don’t know you, but when I heard you were running I googled you. Wow, you are one impressive lady.’ . . . Then he asked what I had heard about him. I said, ‘Well, to be frank, I’ve heard that you’re a Liberal; there was a lot of corruption when you were in power; and that Huawei thing is what I’m hearing.’ [Charest counts the Chinese communications giant Huawei among his clients in private practice.] And he laughed and he said, ‘Yeah, that’s exactly what I’m hearing too.’ ”

When Rona Ambrose asked her to be the Conservatives’ science critic, Gladu asked whether Ambrose was planning to change the party’s science policy. Stephen Harper’s abandonment of the obligatory long-form census didn’t sit well with Gladu, and neither did a policy of restricting government scientists’ ability to discuss their research in public. Ambrose let Gladu help set the party’s new policies.

How will she reconcile climate and energy, human rights and the substantial social-conservative base her party depends on for donations and volunteers? We talked about those questions, and Gladu’s answers suggested she has no magic formula. But I haven’t met anyone who does. The 2019 election returns were a paradox for Conservatives: substantial gains in seats and votes, but signs of tough sledding ahead. Marilyn Gladu can’t make the party’s challenges and contradictions go away. But she brings serious experience and a thoughtful mind to the challenge. I’m not sure the Conservatives get closer to power if she gets added to the long list of candidates who couldn’t stay in the race.

This article appears in print in the March 2020 issue of Maclean’s magazine with the headline, “A party in need” Subscribe to the monthly print magazine here.