Why we should watch Stephen Harper and learn 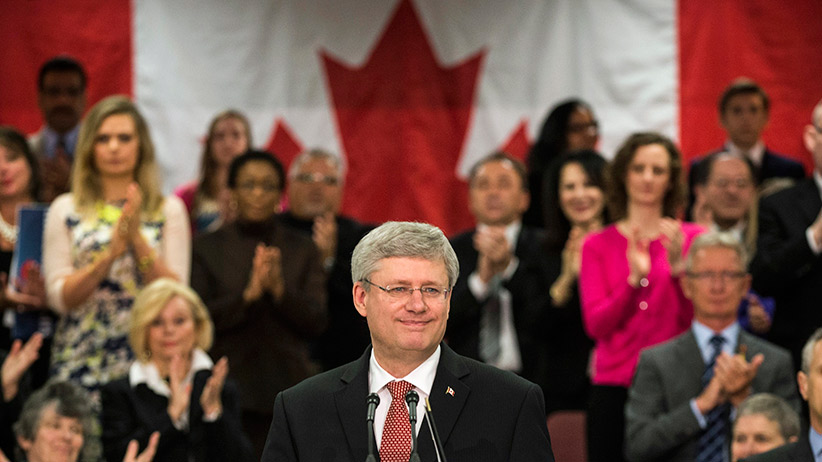 Here in the Parliamentary press gallery, we take our role as gatekeepers seriously, which is why we tend to laugh nervously when somebody takes our gate away. Hence the forced hilarity in response to news that the Prime Minister’s Office has been producing, since January, weekly videos of Stephen Harper going about his business.

These videos, which appear on the PM’s website and on YouTube under the rubric 24-Seven, could hardly be more bland. Each runs under four minutes. In one, Harper announced government funding into autism research. In another, he shook hands with Prince Charles in Winnipeg. In a third, he sat down with Jakaya Kikwete, Tanzania’s president, to discuss maternal and child health. In yet another, Laureen Harper told schoolchildren, “We need to make texting and driving as unacceptable and intolerable as drinking and driving.”

We were soon told this is an outrage. The Canadian Press rang up the Canadian Taxpayers Federation. “In democratic nations, the government leadership does not employ camera operators, sound editors, video editors to produce regular updates on what the leader is doing,” said the CTF’s Gregory Thomas. “That’s a Kim Jong Un kind of operation.”

You can see the similarity. Kim Jong Un presides over a North Korean regime that shoots defectors, starves its population and threatens nuclear war against its neighbours. Stephen Harper appears on YouTube videos throwing paper airplanes in a school gymnasium next to Prince Charles. It’s tomayto-tomahto, really.

To the extent the CTF had a substantive point, it’s wrong. Barack Obama in Washington, David Cameron in London and Tony Abbott in Canberra all produce regular video updates. Canadian prime ministers have had official photographers for decades. The photographers’ cameras these days shoot video. It would be weird if a government passed up the chance to tell its story with moving pictures, an option that is, after all, easily within the technical grasp of most Canadian schoolchildren.

But let me make a grander claim for Harper’s videos. His political opponents had better be watching every instalment, because if Harper’s Conservatives win in 2015, it will be because he routinely does the sort of thing 24-Seven chronicles.

There are always two stories to tell about any government. Any government is a parade of cock-ups and lousy judgment calls. Any government is also an army of people working hard to improve the life of Canadians. We’re loaded for bear when it comes to telling you the first story, as reporters should be. But in an election campaign, the Conservatives will get to talk about the things they’ve gotten right, or tried to. The tale Harper tells at the next election will have a lot more to do with autism research, safe texting and maternal and child health than with Nigel Wright’s cheque to Mike Duffy.

Now, if that’s the test, millions of voters will cheerfully flunk the Harper Conservatives. This government is good at doing outrageous things. Its prostitution bill has come under a lot of criticism. Its cyberbullying bill is loaded with threats to the privacy of Canadians who may have done nothing wrong. Its new privacy commissioner used to help the RCMP invade your privacy. It seems bent on buying F-35 fighter jets, after it got into so much trouble for trying to buy F-35s before the last election.

The current moment is starting to remind me of the period before the last election, which the Conservatives won with a solid plurality of the vote and a majority of the seats. Then as now, there was a lot of good reason to be cross at Harper: Afghan detainees, Bev Oda’s doctored memo, the Conservatives’ refusal to table proper cost estimates for the F-35s. Taken together, these issues were the stuff of Michael Ignatieff’s “Rise up” speeches near the end of the 2011 campaign.

Ignatieff lost. Voters had other concerns on their minds. On those concerns, what do the Conservatives have to show for themselves now? Well, there’s the Luxembourg Income Study, which concludes that Canada has passed the United States as the country with the most affluent middle class in the world. There’s a report from the parliamentary budget officer detailing a recurring $30 billion every year in income tax cuts that have been introduced since 2005. The budget ofﬁcer speciﬁes that, in the aggregate, those tax cuts are progressive, bestowing more benefit on low-income Canadians than on those with higher earnings. There are successful visits to Poland for the anniversary of the free elections of 1989, to Normandy for the D-Day commemoration, and to Brussels for a G7 meeting on the situation in Ukraine.

Even on the stuff the government likes to talk about, its record is unfinished. It’s frankly amazing to me that, eight months after Harper was in Brussels to announce free trade with Europe, we still don’t have free trade with Europe. It’ll be more amazing if he doesn’t have it nailed down in time for the 2015 election. Then he can make his case for re-election—the case he has been building week after week this year, if anyone cares to pay attention.