Won't somebody please think of the tax collectors

Politics Insider for February 6: Mulcair has boundary issues, Trudeau pans Conservative proposal to create a single tax form in Quebec, and the idea of a Western Party is popular in, well, the West 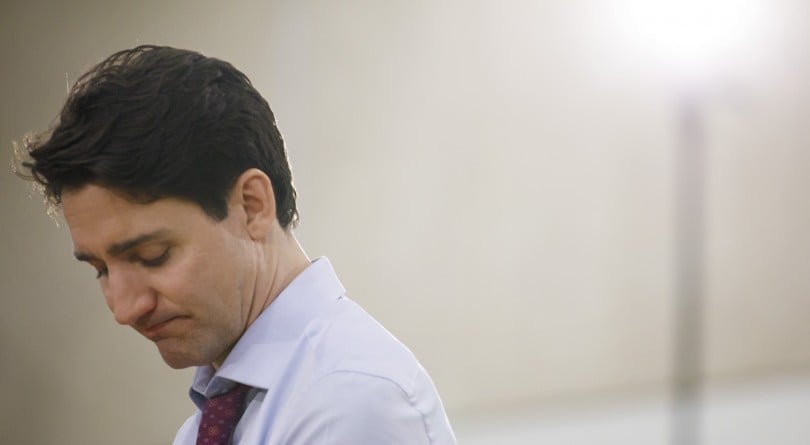 President Donald Trump used his State of the Union speech last night to call on Congress to pass the USMCA trade deal to replace NAFTA. “Our new U.S. Mexico Canada agreement will replace NAFTA and deliver for American workers like they haven’t had delivered to for a long time,” he said, before vowing the deal would ensure “more cars are proudly stamped with the four beautiful words: MADE IN THE USA.” That’s far from certain, since the new deal involves only minor tweaks of the old NAFTA agreement. As one former Republican trade official observed: “President Trump has seriously overhyped this agreement.” (Associated Press)

The Trudeau government’s new legislation that aims to protect Indigenous languages was praised by First Nations and Metis groups as “historic” but at least one Inuit organization didn’t share that enthusiasm. The Inuit Tapiriit Kanatami called it the bill symbolic of a “colonial system” for failing to include safeguards and measures to protect Inuit languages. (Canadian Press)

David Moscrop looks at Tom Mulcair‘s one-man campaign to derail the federal NDP. Mulcair’s defeat as leader wasn’t merely a punishment for losing the last federal election, he writes, it was a rejection of his politics. And it’s time for Mulcair to let his successor lead:

The defence of Mulcair’s turn from politician to commentator is that he’s an expert: he’s lived what he’s discussing and now he’s offering his experience as insight. More to the point, he isn’t saying anything that’s indefensible or implausible. He’s just doing the job (a job he didn’t have to take) for which he’s paid. That may be true. Still, the commentary itself violates the boundaries of decorum implied and adopted by those who serve or have served as a leader that limit hostile incursions into party territory post-tenure—which is to say, it’s bad form to trash your side from the bleachers after coaching the team. (Maclean’s)

Western Block: A new poll by Angus Reid finds strong support for a ‘Western Canada Party’ among B.C., Alberta, Saskatchewan and Manitoba. Thirty-five per cent of people polled in those provinces said they’d vote for such a party, with the Conservatives following next at 29 per cent and the Liberals and NDP at 15 and 13 per cent respectively. As for the question of Alberta outright separating from the rest of Canada, half of respondents in the province believe it’s a “real possibility.”  (Huffington Post)

Stay away: As Venezuela’s economy collapses and political turmoil spreads, Ottawa has a message for any Canadians who were considering a trip there: don’t do it. “Avoid all travel to Venezuela due to the significant level of violent crime, the unstable political and economic situations and the decline in basic living conditions, including shortages of medication, food staples, gasoline and water,” reads the latest travel advisory from Global Affairs.  (CBC News)

After the Conservatives called for Ottawa to create a single tax return in Quebec to collect both federal and provincial taxes, Prime Minister Justin Trudeau warned such a move—which has also been proposed by the NDP—would lead to the loss of potentially thousands of redundant jobs at the Canada Revenue Agency in the province. Quebec is the only province where personal taxes are collected by the two levels of government separately. For their part the Conservatives have promised no jobs would be cut as a result of the move.  (iPolitics)

We have our first guess at when Finance Minister Bill Morneau will release the Trudeau government’s pre-election budget. Based on Morneau’s planned meeting with Bay Street economists set for Feb. 22, a pre-budget tradition, the Globe predicts budget day will land during the week of March 18. “The upcoming budget’s going to be more of a political document than a policy document,” said RBC chief economist Craig Wright. “It would be nice to see some spending restraint, but it’s probably not likely in an election budget.” (Globe and Mail)