You can go home again: Returning to 24 Sussex 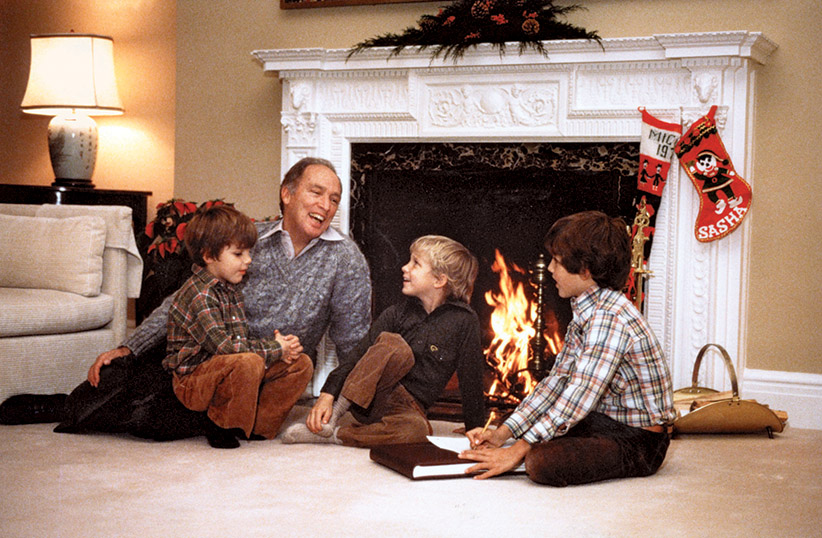 Update via the Canadian Press: Prime Minister-designate Justin Trudeau is taking a few days to decide whether his family will delay moving into the prime minister’s official residence. In 2008, an auditor-general’s report estimated it would cost about 10-million dollars to fix up the aging building, which hasn’t undergone any major upgrades in more than 50 years.

Political dynasties are not as rare as Canadians like to think. There was that four-decade stretch, for one, when the premier of B.C. was almost always some guy named Bennett—but dynasties were unheard of on the federal level. Until now. There’s more than one Back to the Future aspect to Justin Trudeau’s triumph—the electoral map looks eerily like the one depicting his father’s last victory in 1980—but the literal return of a son of the manse is what will resonate the most.

Twenty-four Sussex Drive is no White House, and not just because it’s never been the epicentre of a nuclear crisis. It’s a home, not much of a workplace, and not at all a glamour site—that falls to Rideau Hall—and it has never caught on as a synonym for “the government of Canada.” Yet it has its place in the conflicted, tall-poppy-hating Canadian psyche, part national icon and part money-swamp irritant. It’s the place where Winston Churchill and John F. Kennedy visited, where the country nitpicked over Pierre Trudeau’s swimming pool and Mila Mulroney’s renovations, the house where one prime minister guarded a door with an Inuit carving until the Mounties arrived and another groused about the antiquated air-conditioning.

It was also very nearly Justin Trudeau’s birthplace. In 1971, his mother, Margaret, outraged that Ottawa Civic Hospital still excluded husbands from delivery rooms—even prime ministerial husbands—threatened to give birth at 24 Sussex. The rules were quickly changed, and instead, the prime ministerial residence became the first place Justin came to live after he left the natal ward. 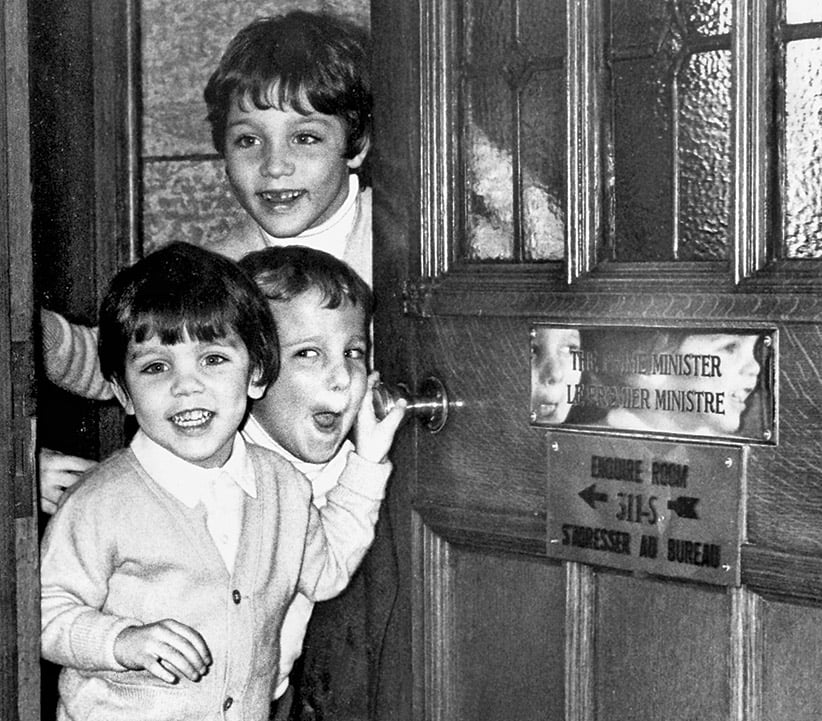 It remained the Justin’s home for most of his first 12 years, where Trudeau, as he sets out in his 2014 memoir, Common Ground, wrestled with his two young brothers on tumbling mats in the basement, where Dominic LeBlanc—son of a cabinet minister and now touted as a shoo-in for the new Liberal cabinet—babysat the Trudeau boys, the home where Justin clung to the door frame in a desperate attempt to get out of ballet lessons. But the place too, where an 11-year-old Justin, playing in the driveway with a friend, came fact-to-face with Princess Di when she arrived, gym bag in hand, hoping to swim a few laps during a gruelling royal tour.

That was only par for the course in a privileged childhood that seemed normal to Justin. Two years earlier, his father introduced him to U.S. president Ronald Reagan. Otherwise alone before lunch with the two men in 24 Sussex’s sunroom, Trudeau recalls Reagan smiling warmly at him and asking if he’d like to hear a poem. Before the bemused elder Trudeau, who often assigned verses from Shakespeare or Racine for his sons to memorize, Reagan launched into, “A bunch of the boys were whooping it up in the Malamute saloon.” Justin was impressed enough with the president’s rendering of Robert Service’s “The Shooting of Dan McGrew” to memorize it himself (between assigned bits of The Tempest), as well as Service’s other masterwork, “The Cremation of Sam McGee.”

But a family home is good times and bad times mixed together. Other new prime ministers, should they be attuned to history, might spare a thought for the lingering presence of political heroes or enemies when they move into 24 Sussex. For Canada’s 23rd prime minister, though, his new home will be stuffed with real memories, not just of presidents and princesses, and a mother and father devoted to their children, but of a beloved brother who died in a B.C. avalanche and of his parents’ dissolving marriage. On the night of his election victory, Trudeau, the first prime minister to truly know what a PM’s child goes through, addressed his three children directly, even though they were long in bed: “There will be tough times ahead for you, but daddy will be there for you.”