P.E.I. made history with this election—just not the kind everyone expected

David Moscrop: The Greens are travelling Canada's political landscape without the excess baggage other parties carry—and they're making serious headway 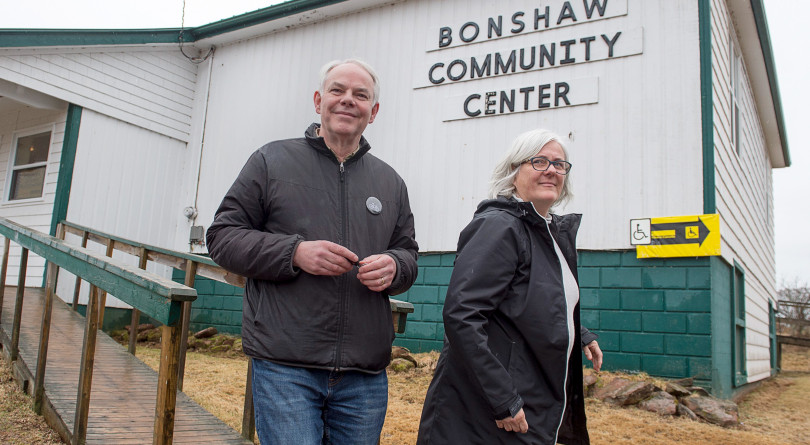 Prince Edward Island is home to just over 153,000 Canadians and a provincial legislature of 27 seats. On Tuesday night, the birthplace of Confederation drew considerable attention, returning 12 Progressive Conservatives, who are likely to form government—the first minority government in the province since the 1890 election, defeating the premier in his riding, electing Canada’s first Green Party Official Opposition, and nearly voting to change the electoral system to mixed member proportional system.

The most remarkable storyline of the election is the Green vote. In 2015, Islanders elected one Green MLA on the strength of 11 per cent of the popular vote. Four years later, with 31 per cent of the vote, the Greens won nine seats and will take on the task of holding the Tory government to account—officially. In a minority situation, they will wield considerable power along with five Liberals.

What explains the Green rise? Jason Markusoff, Maclean’s own, suggested to me that outside of P.E.I., the Greens would have suffered considerable damage from negative attacks by the Tories and Liberals, but the political culture of the province prohibited such barbarism. Also, the Greens didn’t have to worry quite as much about voter mobilization as they would elsewhere—though a more effective get-out-the-vote might have helped them—since over 80 per cent of P.E.I. residents cast a ballot. Islanders mobilize themselves.

It also didn’t hurt that Green leader Peter Bevan-Baker is a patently decent and affable fellow. Once the votes were in, he made clear that he looked forward to working with the government for the next four years, noting that he is “a strong believer in the capacity of minority government to create a collaborative environment where competing parties can put the interests of constituents and Islanders first.” People like that. Political culture and the quality of the Green leader explain a lot. But there’s more to it.

As the votes were counted Tuesday night, observers and politicians talked about a changing tide, a reset, or another routine switcheroo in a province that has gone back and forth between Red and Blue for many, many, many years. There is surely plenty of that. But the Red and Blue back and forth has been joined by a different colour.

The word “different” is important. While P.E.I. is unique in returning a Green Official Opposition, it’s not unique in expressing interest in a the Green brand. In 2017, British Columbia elected three Green MLAs in a minority-government legislature. In 2018, Ontario returned its first Green member of Provincial Parliament, Mike Shreiner. The current CBC Poll Tracker has the federal Greens under leader Elizabeth May drawing 8.5 percent support and projected to win three seats—and as many as seven—up from the one they have now. Voters are shopping around a bit. And some of them will be willing to change brands. Some of them want something different.

Throughout Canada, the Greens may be the beneficiaries of both their own hard work and, for lack of a better word, luck. They have been working for years on party-building efforts, some of them carefully targeted campaigns to build capacity in specific spots. But they are also a party associated primarily with environmentalism during a time of growing green consciousness. A recent Abacus Data poll suggested that climate change is on the minds of Canadians and will be a federal ballot box issue in the fall of 2019.

Additionally, the party is both an outsider and honest broker who move throughout the political world without the baggage of the traditional top parties—the Liberals, Tories, and even the New Democrats. In an era of distrust, rising populism, and dissatisfaction with status-quo, the Greens are just familiar enough to be a reputable option while not being too closely associated with any of the ancien regime parties. What’s that old bit about luck? It’s when preparation and opportunity meet?

Prince Edward Island might have made more history on Tuesday night than they know. By electing a Green opposition, the province might have put the party on the register as a viable option for voters who have noticed their achievement, offering a proof-of-concept for other provinces and for the country, allowing the party to say to voters, borrowing from greats James Brown and Van Morrison, “If you’re tired of what you got, try me.” Voters might do just that.

The Greens in P.E.I. must now perform, though. Eyes will be on them and their failures and successes may end up being more than their own—they may be Green failures and successes writ large. But if they manage to impress, they could end up as the pace car for others like them across the country to follow. And that might get the party where it needs to be beyond the home of Confederation.