Pamela Anderson dips her spoon into the federal election campaign

Election Image of the Day: It was a get-out-the vote event, but let's be clear: this former Baywatch star is vegan soup for the Green Party soul 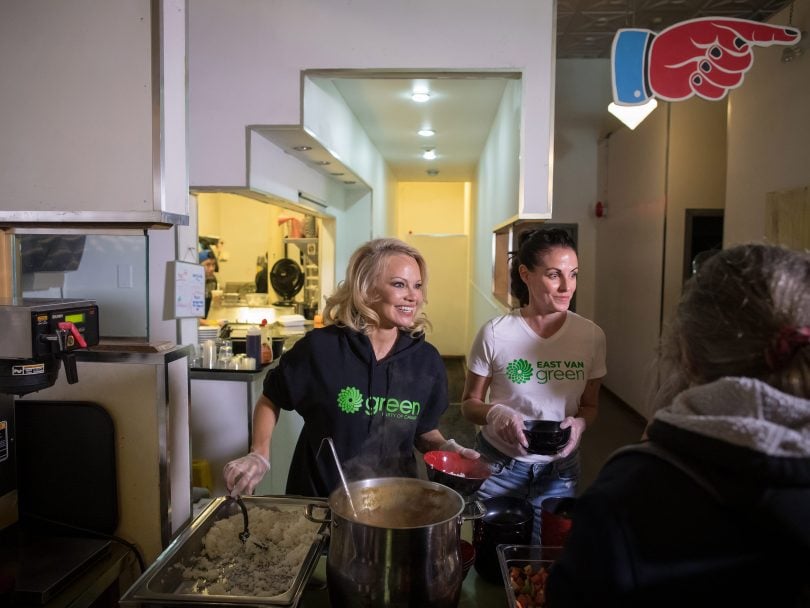 In case you haven’t heard, the post-Playboy life of Pamela Anderson revolves around political activism, as she inserts herself into debates around Russian seal hunting, the Israeli Defense Forces and the plight of Julian Assange. But the B.C.-born model has also stayed close to home, which is why she joined Bridget Burns, the Green candidate in the riding of Vancouver East, in handing out vegan meals and helping people register to vote. “We really need to vote for people that are going to help these people,” she told CTV News. Fans of hers shouldn’t be surprised; Anderson was one of 100 people who showed up to the B.C. Greens’ town hall in Nanaimo this past summer. In fact, she’s one of the higher-profile celebrities to wade into Canadian politics at all; in the 2015 election, some of the biggest homegrown stars were Wayne Gretzky, Leslie Feist and Ed the Sock. Some will argue it’s a good thing our celebrities don’t wade into politics, but, really, why not? She’s got opinions and a platform from which she can yell them. Or at least serve them with a side of vegan stew.