Patrick Brown downfall: What's next for the Ontario PCs?

Brown's departure has knock-on effects for countless political players, from former Tory contenders on the sidelines to Premier Kathleen Wynne 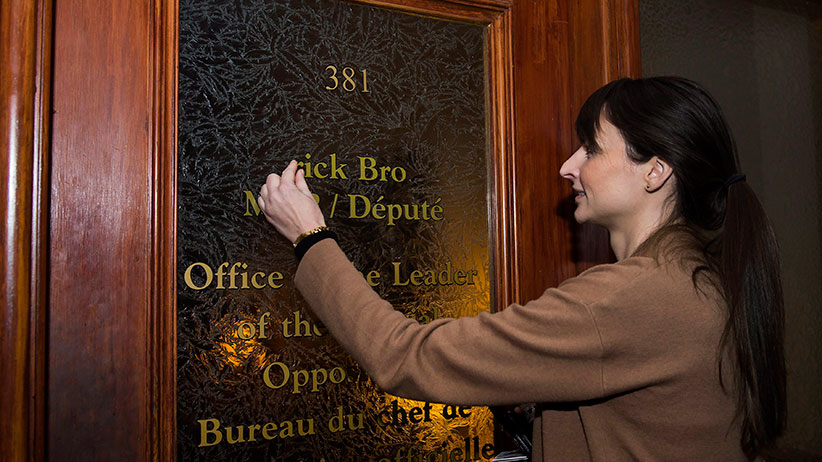 On Wednesday morning, Patrick Brown was leading the polls to become the next premier of Ontario. Come the early hours of Thursday, Brown resigned as leader of the Ontario PC Party, his political career in ruin and his party scrambling to figure out what to do now with an election mere months away.

But the accusations against Brown are tough to overlook. Two women came forward to CTV News with allegations of sexual misconduct on Brown’s part, including one incident said to have taken place 10 years ago when one of the women was still in high school. After meeting at a bar, Brown allegedly invited the teenager back to his place where he exposed his penis and asked for oral sex.

Brown called the allegations “categorically untrue.” Nonetheless, he resigned as party leader after several of his staffers quit and he consulted with his caucus. And while Brown plans to stay on as an MPP, as he defends himself against the accusations, there are plenty of questions about what comes next for the leaderless Progressive Conservatives.

Who is the Ontario PC leader now?

According to the party’s website, it’s still Patrick Brown, though the party is rushing to start talks on appointing an interim leader, perhaps as early as Friday.

The interim leader is chosen by the caucus, per the Ontario PC constitution. Whether that person will lead the party into the next election is still unknown.

A leadership convention must be held within 18 months of Brown’s resignation. The party may try to expedite everything, given a provincial election is only five months away. One PC candidate for the next election is saying their leader for next election must have a clear mandate from all members of the party. Presumably, that means not just going forward with the caucus’s hurried choice.

What is the advantage of choosing a leader from within caucus?

If an interim leader is chosen by caucus, ideally the person would embrace the role. He or she would already have a seat in Queen’s Park, experience running in elections and a grasp of the issues affecting Ontarians.

Then there’s the countdown factor. Drawing from within caucus would cut down on the time needed to find a strong enough candidate from the outside—more time, perhaps, than the party wants given its need to move forward as quickly as possible.

What are the disadvantages?

Name recognition, or rather, a lack thereof. The provincial Tories ran a lot of TV ads trying to introduce Brown to the voting public, and yet in late 2017, two years after being chosen to lead the provincial Conservatives, the Toronto Star ran an article titled, “Who is Patrick Brown?” Imagine trying to introduce a relative unknown from caucus to Ontarians on such short notice.

Who are the potential contenders?

Christine Elliott, who was an MPP for nine years and is the widow of former federal finance minister Jim Flaherty, is one of the most circulated names at the moment. She was a favourite to win the leadership in 2015, only to finish runner-up to Brown. Elliott left the legislature months after losing her bid, and has yet to make any announcements about a potential comeback.

Then there’s Caroline Mulroney, daughter of former prime minister Brian Mulroney. While she’s never held public office, the lawyer has been more present in major party functions recently—including in her role as master of ceremonies at last year’s federal Conservative leadership convention in Toronto—followed by her announcement that she’d be running in the next provincial election in the riding of York-Simcoe.

A third person rumoured to be in the mix—also not in the caucus—is former federal foreign affairs minister John Baird, who stepped away from politics in 2015. Baird is familiar with Queen’s Park, where he was an MPP for a decade before moving on to Parliament Hill in 2006.

Of course, there’s also a chance the next leader will be someone currently working at Queen’s Park. Former North Bay mayor and MPP Vic Fedeli has already put his name forward as someone willing to replace Brown, while Nepean-Carleton MPP Lisa MacLeod is also considered a strong contender. Both of them ran failed bids to be party leader in 2015, but are widely respected in caucus.

What does this scandal mean for Kathleen Wynne and the Liberal Party?

Tough to say. Wynne has promised not to call a snap election to take advantage of the Progressive Conservatives’ current lack of a leader. It’s possible, given how much the Liberals were trailing the PCs in the polls, that there won’t be a major impact. Brown wasn’t exactly the most charismatic of leaders, and since the allegations of his misconduct were personal and not political, whoever becomes the new party leader could take over without much damage to the party itself.

It’s tough to imagine a major shift in right-leaning voters to the Liberal Party. However, if some voters opt to vote NDP instead of PC, splitting the anti-Wynne vote, it could help the Grits out.

What does this scandal mean for Andrea Horwath and the NDP?

Two recent polls, one from Ipsos and one from Forum, had the Liberals and the NDP running neck and neck—for second place. Patrick Brown’s PC party was well in the lead, by as much as eight points. Don’t expect that lead to hold.

Andrea Horwath, the Hamilton native who has been the provincial NDP leader since 2009, finished third in her previous two attempts to become Ontario premier, though the NDP’s popular vote has steadily grown during her tenure. As tough as it is to imagine Conservative voters migrating to the NDP, for Ontarians keen to see the Liberals removed from power in Queen’s Park, Horwath could become the de facto choice for the “anybody-but-Wynne” vote.

RELATED: Five things Kathleen Wynne is doing to save her political skin

Horwath, meanwhile, has deflected any attention about the scandal and its effect on her chances in the election. “This is not about me and it’s not about my campaign,” she told the Canadian Press. “This is about women coming forward and calling out behaviour that they experienced, and I have to say I was pretty disgusted by what I heard in terms of their story.”

Will Patrick Brown’s former team get behind the new PC leader?

Upon hearing the allegations against Brown on Wednesday, Boddington recommended Brown step down—and when he balked, Boddington tendered his resignation. But now that Brown has stepped down as leader, there’s no reason to believe Brown’s team won’t give the next leader their support.