Peter Van Loan takes a stand against the notion of relevancy

You'll never take away his tangents 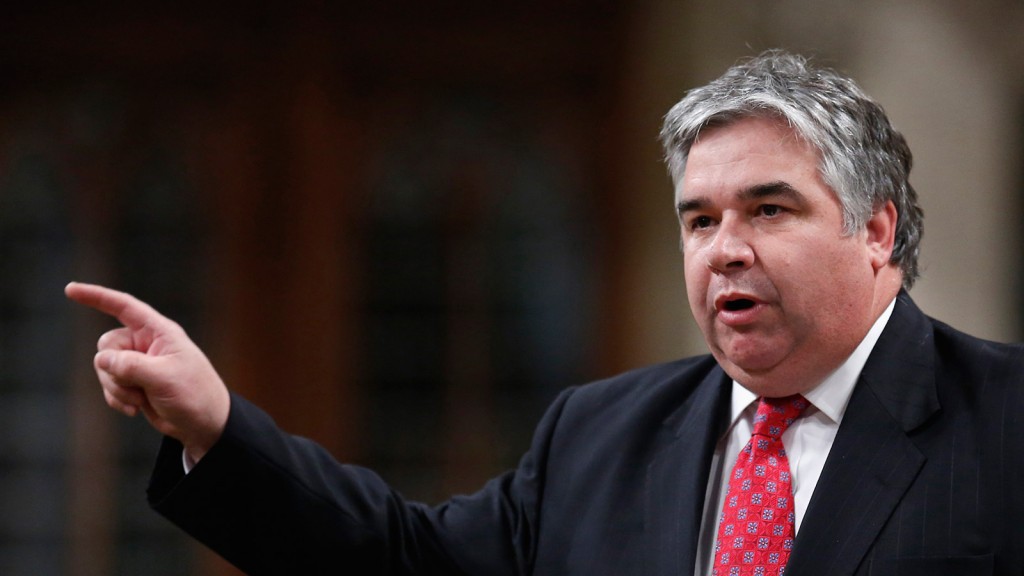 Just after noon on Friday, Paul Calandra, the Prime Minister’s parliamentary secretary, stood and tearfully apologized for his irrelevant responses of earlier in the week. Just after noon today, Peter Van Loan, the Government House leader, stood and argued, essentially, that Calandra should be free (at least, beyond his own conscience) to be so irrelevant again.

Rising to respond to the NDP’s motion that would impose some standard of relevancy on responses offered by the government in question period, Van Loan first used nearly 600 words to expound on what he saw as relative greatness of the Canadian parliamentary system. Perhaps this was Van Loan’s way of trying to cheer everyone up.

Turning then to the wording of the NDP proposal, the House leader explained his concern.

“This change,” he said, “would affect responses to oral questions, but it would not touch the actual questions.”

This much was apparently quite unfair.

“This is yet another greatly cynical, one-sided proposal for the NDP,” Van Loan lamented. “It wants to improve Parliament insofar as it helps the NDP, but not insofar as it would help the government, for example, to have more information on which to provide those answers.”

Imagine a world, for instance, in which a government could not expound on the Facebook post of an obscure party employee in response to a question about the timeline for a military deployment. How could a government possibly be expected to function under such oppression? Would the NDP really reduce us to the banana-republic conditions of New Zealand?

” ‘Do as I say, not as I do’ has been the watchword for the New Democrats throughout this Parliament and here, it makes yet another appearance,” Van Loan now declared. “Apparently, they do not want to be subject to the same rules that they want to see applied to others.”

Of course, that the NDP didn’t include questions in its proposal might be because questions are already subject to a standard of relevancy—a standard that does not currently apply to responses.

As the Speaker explained to this House in January, questions must relate to something within the administrative responsibility of government. And the Speaker subsequently expressed concerns about and cut off questions that did not, in his mind, meet that requirement.

There’s an argument to be made that that standard should be applied more rigorously, but the government House leader’s refusal to entertain the notion of relevancy would seem to leave him ill-placed to make it.

“The leader of the Opposition,” Van Loan continued, “would prefer to make question period a one-way street.”

Van Loan might forgive the leader of the Opposition that preference. At least, insofar as the leader of the Opposition might have gotten that idea from the official guide to practice and procedure, authored by two clerks of the House, which explains that question period is, in fact, a one-way street: “Held at 2:15 p.m., Monday to Thursday, and at 11:15 a.m. on Friday, it is this part of the parliamentary day where the government is held accountable for its administrative policies and the conduct of its Ministers, both individually and collectively . . . Any Member can ask a question, although the time is set aside almost exclusively for the opposition parties to confront the government and hold it accountable for its actions, and to highlight the perceived inadequacies of the government.”

This is also merely something like the basic premise of responsible government—that the government is held accountable by the legislature.

“He wants the rules changed to keep him from facing any tough questions or cold facts in the House about his own party’s operations or policies,” Van Loan ventured.

If the Government House leader is eager to see questions asked of the NDP leader, he might consider proposing that the Conservative party concede the next election and work to have the NDP win enough seats to form government. If government ministers are so eager to raise concerns right now about the NDP leader, they are entirely free to walk out into the House foyer and state those concerns to the various reporters who regularly congregate there. (Or Conservatives could, as they did four months ago, take the unprecedented step of forcing the NDP leader to appear before a House committee.)

Van Loan then lamented that the rule change could lead to disagreements over what is and is not relevant. There would be, Van Loan feared, “points of order raised interminably at the end of every question period.”

As truly horrifying as that sounds, if the worst that might be said for a new rule within this place of debate is that it might result in debate over its applicability, we might just try it and see how it goes. If we do find the nation’s business blocked by days-long debates over points of order, waylaid by philosophic ruminations about the precise nature of relevancy in an interconnected world, we might simply revisit the rule, perhaps fine-tuning the language of the law.

Van Loan would later, for instance, worry that, under the NDP’s proposal, the government would not be able to comment on the NDP’s record on free trade in response to a question about free trade. That seems a reasonable fear and some reasonable limit would have to be established. We should probably only aim to ban the most egregious excesses—the sort of thing Calandra gave us last week. But possibly, the Speaker would be well-placed to judge where the line should be. (Before sitting down, Van Loan moved that “the question now be put”—a motion that both blocks any attempts to amend the motion and could, if a majority of MPs were to vote against, ensure the NDP motion never even receives a vote.)

But Van Loan would use nearly a thousand words to put various allegations and criticisms of the NDP leader on the official record, including a list of things for which NDP Leader Thomas Mulcair has apparently refused to apologize. Apparently these were, in Van Loan’s telling, a mix of things Mulcair did not want to answer for and indications of how he might govern. The degree to which any of these things were relevant to the matter before the House might be debatable.

(Oddly enough, debate in the House is already governed by a requirement for relevance—the same standing order the NDP would expand to QP.)

A couple of hours later, Foreign Affairs Minister John Baird stood in the House and handily dealt with a series of questions about this country’s deployment to Iraq. He had an applicable answer or two, as well as some relevant information, and he even offered at one point to get back to an NDP MP directly with the numbers she sought. Save maybe for a stray sentence about Paul Martin’s not having brought military missions to the House for a vote—perhaps a forgivable aside—there wasn’t a single non sequitur.

Almost as if a government should be able to defend and explain itself without resorting to unnecessary tangents.