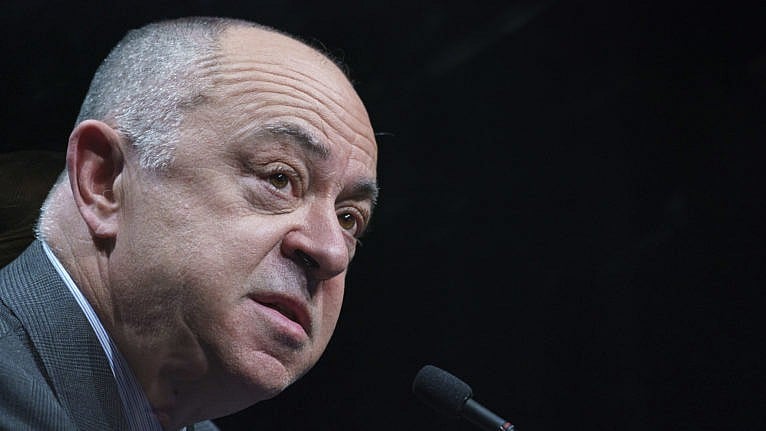 Quebec delays mandate: Quebec’s health minister, Christian Dubé, announced Wednesday that the province will delay by a month its plan to suspend without pay health-care workers who refuse to get jabbed, CBC reports. Dubé is afraid of labour shortages: “The risk right now is too high, and it would be irresponsible to roll the dice with the health of Quebecers.”

Victory for anti-vaxxers: In La Presse, Patrick Lagacé writes (translation) that Dubé made an empty threat, like a parent threatening to take away a PlayStation from a child. His miscalculation gave a victory to the anti-vaxxers.

These people only have a nuisance power … by filling intensive care units and putting vulnerable patients at risk. And Wednesday, in the fiction of the fight against the “dictatorship” that they play in their heads and in the parallel dimension where they are freedom fighters, they won a round, they sincerely think that they have just landed in Normandy. This “victory,” which will galvanize them, which will consolidate them, it is Quebec which stupidly gave it to them. Minister Dubé invited the employees to the alley … and when the anti-vaxxers went to wait for him in the alley, Mr. Dubé continued to sip his beer at the bar. Never make threats that you cannot carry out.

Lifting restrictions: Doug Ford will announce a plan to lift some public health restrictions next week, a secret source tells CBC News. The plan will end capacity limits in locations where proof-of-vaccination requirements are in place: restaurants, bars and gyms.

Travel plans? Fully vaccinated Canadians will soon be able to flit across the southern border, and many of them are delighted, CP reports. “I’m so excited that I can barely wait,” said Betty Chaborek, of Windsor, who turned 77 on Wednesday. “I was ready to go today.”Mixed blessing: It is not yet clear whether the 3.9 million Canadians who have mixed-dose vaccinations will be able to cross, the Globe reports.

CDC spokesperson Kristen Nordlund Wednesday could not immediately answer whether the U.S. public health agency would accept mixed-dose travellers as fully vaccinated. “When I have an update on this, I’ll let you know,” she said.

Plan carefully: Global has some advice for would-be travellers: be careful. Avoid places where there is a lot of COVID-19, and go where the jabbed are.

Another helpful indicator is a country’s vaccination rates, according to Dr. Anna Banerji, a Toronto physician and an expert on the spread of infectious diseases. It’s a good idea “to be selective in where you go” and to try to go “to places where there are high rates of vaccination,” she said.

Another officer investigated: Lt.-Gen. Trevor Cadieu, who was to take command of the Canadian Army, is now under police investigation after misconduct allegations were raised, David Pugliese of the Citizen reported Wednesday.

The Canadian Forces National Investigation Service has taken a statement from one former military member, a woman, about the allegations against Cadieu and other statements are in the process of being collected. It is unclear when the investigation will be finished. “The allegations are false, but they must be investigated thoroughly to expose the truth,” Cadieu told [the Citizen]. “I believe that all complaints should be investigated professionally, regardless of the rank of the accused. ”

Cadieu will not be taking the job as planned.

Cadieu was recently promoted to lieutenant general and slated to take over command of the army. A change of command ceremony that was to have taken place in early September was cancelled at the last minute, shortly after Acting Chief of the Defence Staff Gen. Wayne Eyre was informed about the CFNIS investigation.

“I know that these false claims will, as intended, create doubts about my ability to lead in this environment,” Cadieu told this newspaper. “While I have devoted every day of my career to making fellow members feel respected and included, Canadian Army soldiers deserve a leader who is unencumbered by allegations and can lead at this important time when culture change, addressing systemic misconduct and preparing tactical teams for operations must remain the priority effort.”

Cooper in Cowessess: CNN’s Anderson Cooper visited Cowessess First Nation in Saskatchewan over the long weekend to film a segment on unmarked graves discovered there in June, CBC reports.

Unpopular: Most premiers are becoming less popular, the Angus Reid Institute reports. Only Ford and Tim Houston are holding their own. Jason Kenney has the support of just one in five Albertans.

O’Toole too tough on China? A group representing Conservatives of Chinese descent wants Erin O’Toole to resign, charging that his call for a tougher approach to China alienated Chinese-Canadian voters, the Post reports.

At a surprising news conference for local press recently, spokesman Joe Li — a regional councillor north of Toronto and three-time former Tory candidate—said the two Michaels were detained after “Canada started the war,” that China had a right to fly its planes into Taiwan’s air-defence zone and Canada should not publicly criticize Beijing’s human-rights abuses. Such views echo stances taken by the Chinese government itself on key issues.

UBI knocked: Tasha Kheiriddin, writing in the Post, writes that problems with CERB have undermined the argument for a Universal Basic Income:

If anything, CERB and CRB were a perfect test case about why a UBI is an idea whose time has not come. Apart from the price tag of a universal income, which the Parliamentary Budget Officer pegged at $85 billion in 2021–22, rising to $93 billion in 2025–26, starting one now would hamper economic growth at the very time when that growth is sorely needed. UBI supporters may retort that employers should simply pay workers more, but without growth, it’s hard to see where those bigger paycheques will magically come from.

Fiscal challenge for Frida: In the Globe, Konrad Yakabuski argues that Chrystia Freeland, codename Frida, will face a big political challenge facing “a wrenching post-COVID fiscal moment of truth as the income supports that have kept millions of individuals and businesses afloat for the past 18 months are wound down.”

Climate priority: Adam Radwanski has an admirably wonky column in the Globe with advice for how Trudeau can “reconfigure his government, through structural or personnel changes, to make the transition to a clean economy the overarching priority he presented it as on the campaign trail.”