Politics Insider for Jan. 11: COVID cases continue to peak in Canada; the realities of long COVID; and Ontario will re-open schools 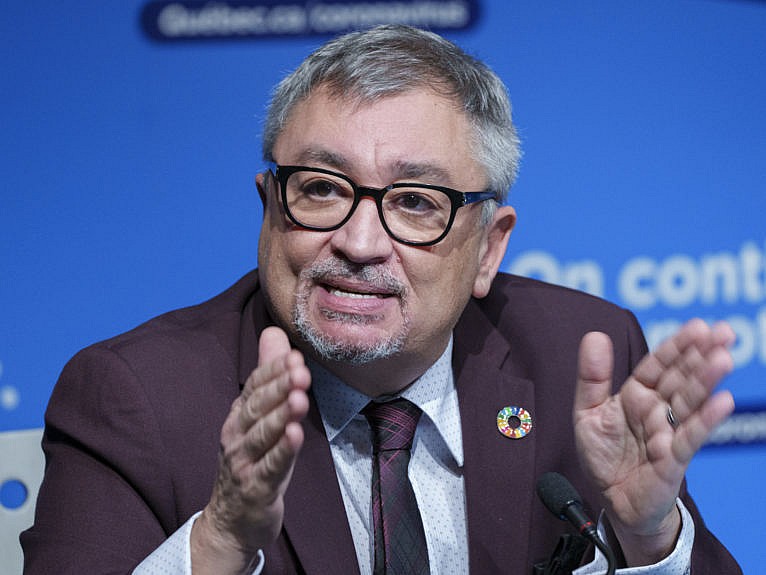 Awash in COVID: Omicron has overwhelmed Canada, CTV reports, causing more new cases in 40 days than during the entire first year of the pandemic.

And while the much more infectious Omicron variant appears to cause less severe disease than previous variants of concern, like Delta, the sheer number of infections is still driving up hospitalizations and intensive care admissions, straining already fragile health care systems in many jurisdictions. Hospitalization numbers are nearing or reaching record highs in Ontario, Quebec, and New Brunswick.

But the comparison is likely conservative, with actual infections during the latest wave widely believed to be significantly higher due to factors including difficulty in booking PCR tests in some regions over the holidays, and changes in testing eligibility in provinces like Ontario after the new year. Wastewater data from different parts of the country also indicate that the actual number is much higher.

Do not visit: Canada is so full of COVID that the CDC is advising Americans not to visit, Reuters reports. The CDC has about 80 destinations worldwide on its do-not-travel list.

In Arruda’s letter of resignation, obtained by CTV News, he cited recent criticisms of his work but didn’t specify what exactly he was referring to. “The recent remarks made on the credibility of our opinions and on our scientific rigour undoubtedly cause a certain erosion in the adhesion of the population,” he wrote, meaning people’s willingness to follow public health rules. “In this context, I consider it appropriate to offer you the possibility of replacing me before the end of my term of office.”

Back to school: Ontario schoolchildren will be back in their classrooms next Monday, the Star reports. Doug Ford’s office confirmed Monday night that “as planned and previously announced, students will return to in-person learning” on Jan. 17.

N.S. ERs overwhelmed: A Nova Scotia ER doctor says the situation there has never been as bad as it is now.

Patients with serious conditions that require emergency intervention — people at Level 3 of the Canadian triage and acuity scale — were waiting in excess of eight hours to be seen on Monday, he said. That five-level system is used by emergency room doctors in Canada to evaluate the seriousness of patients’ conditions. The Canadian standard for a Level 3 patient to be seen is “within 30 minutes, 90 per cent of the time,” he said.

Long haul: In Maclean’s, Christina Frangou has an interesting feature on COVID long-haulers, people who are stuck dealing with prolonged illness and even disability.

Conservative estimates suggest that about 10 per cent of Canadians who contract COVID-19 will suffer prolonged symptoms. Some reports put the number closer to one in three. About 1.7 million Canadians have recovered from COVID-19 so far, which means there could be anywhere from 170,000 to half a million people in this country with lingering health issues from the virus. An unknown number are struggling to return to their basic activities of life. “You can be a marathon runner who can’t walk a block,” says Dr. Angela Cheung, a clinician-researcher at University Health Network and a professor of medicine at the University of Toronto who is studying long COVID. “That is scary for many patients.”

Committees! Opposition MPs are pushing for early recalls of two committees to examine the federal government’s current COVID-19 response efforts and use of Canadians’ cell data to inform public health measures, CTV reports. Conservative, Bloc and NDP MPs  are requesting Health Minister Jean-Yves Duclos and senior officials to answer questions about surge support to provinces and other pandemic management questions.
MPs also want a meeting of the ethics committee to discuss the Public Health Agency of Canada’s plan to continue using anonymized cellphone location data of Canadians to track travel patterns during the pandemic, the Post reports.
Try booze and weed: In the Star, Susan Delacourt has a thoughtful column pegged on Quebec’s recent imposition of a vaccine mandate for booze and weed purchases. She points out that while people debate the best message for politicians to use to encourage vaccination, it likely doesn’t matter too much what they say about it.

Before anyone gets too focused on what politicians should or shouldn’t be saying to increase vaccination rates, we might remember that their influence on the persuasion front is extremely limited. Even among the general public, very few people would leap out of their chairs to make a vaccination appointment because a politician said to do so. Among the vaccine hesitant, political lectures count for less than nothing: distrust of government goes hand in hand with distrust of what’s in the needle, as any glance at social media would tell you.

Deal with Taiwan: Canada will pursue a foreign investment protection agreement with Taiwan amid its ongoing tension with mainland China, CP reports. The announcement got positive reviews.

Economic fears: Canadians told pollster Angus Reid Institute they are worried about the economic impact of a diplomatic boycott of the 2022 Winter Games in Beijing, CTV reports.

Offered to help: Mélanie Joly offered Canada’s help to the United States imposing deterrence measures against Russia—which could include sanctions—to head off a crisis in Ukraine, CBC News reports.

Mexico deadliest: Mexico tops the list of countries with the highest number of Canadians murdered abroad since 2016, CTV reports. Twenty-five Canadians have been murdered in Mexico since 2016. The U.S. is second (22), followed by Jamaica (17), Philippines (13) and Burkina Faso (10).

Party continues: Canadian partygoers from a controversial Sunwing flight are still stuck in Cancun, the Vancouver Sun reports. “What better way to teach them a lesson,” Jimmy Fallon joked on Saturday.