It’s 2017: Trump refugees are here with U-Hauls of crap

Scott Feschuk on a humanitarian crisis with big-screen TVs 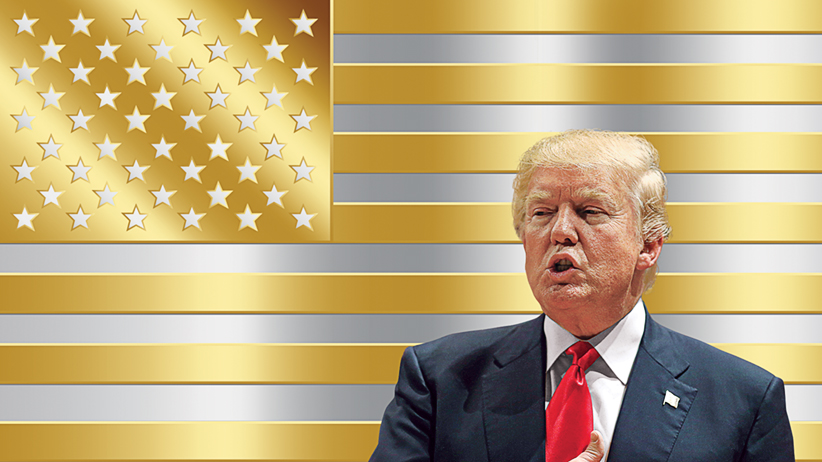 OTTAWA (March 18, 2017) — Under pressure from human rights groups and probably also Bono, the federal government has announced it will take in a quarter of a million Americans who have been massing along the Canadian border since the election of President Donald Trump.

“This is a humanitarian crisis,” Prime Minister Justin Trudeau said, while doing that thing where he squints a little bit to show that, yeah, he gets it. “Along our border, Trump refugees are arriving with the shirt on their back—plus U-Hauls crammed with pleather sofas, large-screen TVs and, in all likelihood, more shirts.” There are reports a small faction of refugees recently spent the night at a Best Western near the Buffalo airport. “It’s worse than we feared,” Trudeau said.

In a move designed to highlight the severity of the crisis, the federal government revealed a video montage of sad Bernie Sanders supporters set to a Sarah McLachlan song.

Reaction from Washington was swift. “They’re a bunch of losers and Canada can have them,” President Trump said. “And, by the way, those traitors are not getting back in. We’re going to build a wall 200 feet high —and Canada is going to pay for it. And paint it.” The new Canada Wall will eventually meet up with the recently announced Trump Dome, which is being constructed to protect the U.S. from parachuting Mexicans.

The scale of the northward exodus clearly caught Trump off guard. After spending the weekend at Camp Trump, the President travelled on Air Trump One to the Trump House, where he addressed the nation from Trump West Wing, a new five-star luxury resort only steps from the Oval Office. Most of his 48-minute speech was about how someone had obviously been sitting in his chair while he was gone, because it felt higher or maybe lower but definitely different.

In an attempt at damage control, the Trump administration revealed that a number of Canadians have moved to the U.S. since the November election. That “number” turned out to be one. “Look, I just want to live in a country where the lazy, ill-informed views of crackpots are blindly accepted as gospel,” Kevin O’Leary said.

Since taking office, the President has been preoccupied with making good on his pledge to round up the 11 million illegal immigrants from Mexico currently living in America. Phase one of his plan—putting out plates of tacos and deporting everyone who grabs a bite—has so far met with limited success.

Political observers also question the wisdom of Trump’s month-long fight in Congress to have Heidi Klum enshrined in law as “at best an eight.” And they insist legislative progress has been undermined by Trump’s choice of a nominee for the Supreme Court: himself in a fake moustache.

The pressure at the Canadian border began the morning after Trump was elected in November. It escalated after his inauguration, during which the new commander-in-chief forced the U.S. poet laureate to recite a limerick about the presidential “package.” (A hardcover edition of There Once Was a Man from Wig Weenus—“with doodles by President Donald Trump!”—was subsequently published.)

Over the past few months, thousands of left-leaning Americans have been caught trying to sneak into Canada. All have been sentenced to the harshest penalty available under Canadian law: a firm “You go back home now, you.”

In Ottawa, Immigration Minister John McCallum called on church groups and other Canadian sponsors to be diligent in their support of Trump refugees. “I can’t overstate the emotional trauma of fleeing your homeland and trying to build a new life in a country that doesn’t have the good Netflix.”

That’s just one of the challenges. Many Americans will arrive with only a limited knowledge of Canada, McCallum said. “Most of them are expecting something between the ice planet Hoth and a barren moonscape devoid of life, hope and joy. But there’s only so many people we can send to Winnipeg.”

Speaking from his hometown of Calgary, the newly chosen leader of the federal Conservative party criticized Trudeau’s plan and said Canada should close its border to Americans. “Those people deserve what they’re getting,” Ted Cruz said.