Serving in Canada's military was my dream. It turned into a nightmare.

Diane Doiron was forced out of the military in its campaign to ‘purge’ all LGBTQ members. Now, she awaits Justin Trudeau's apology for the treatment she endured.

By Diane Doiron as told to Sarah Boesveld, Chatelaine November 28, 2017 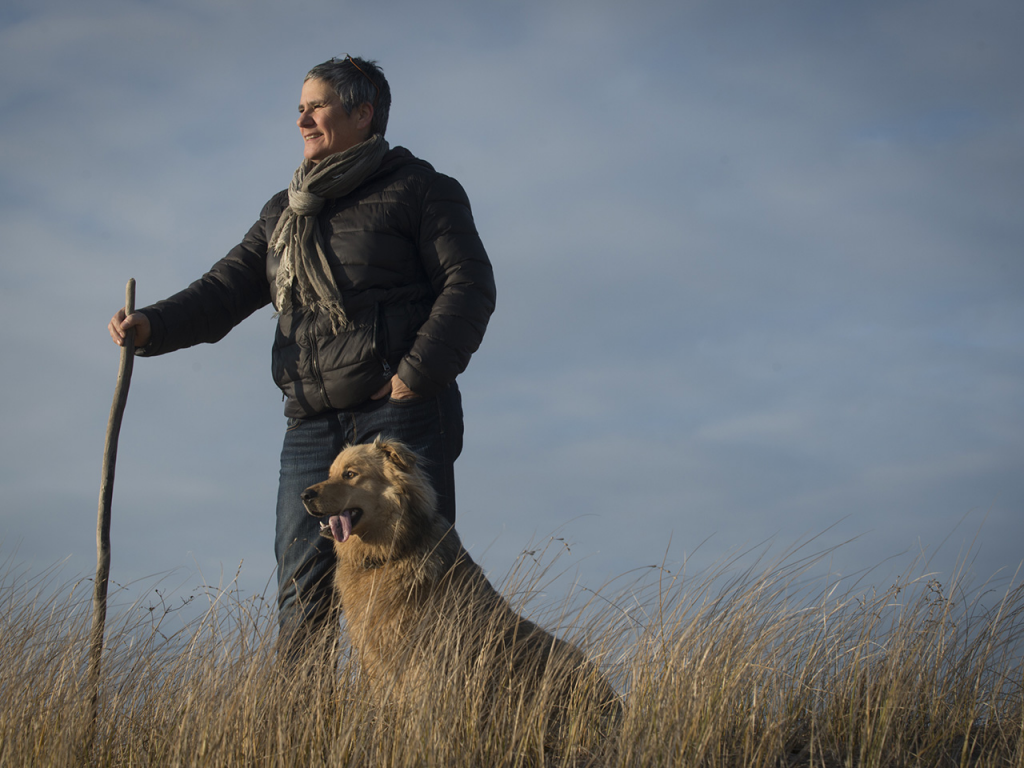 I wanted to join the military from the time I was a little kid, when we’d go to visit Mémère and Pépère (my grandparents) and I’d see a picture on their wall of my grandpa in his Second World War soldier uniform. It was my first memory of knowing about my family being in the military and how much of an honour it was to serve your country. My uncle Bill Roussell was on the front lines in Korea, and then later my brother Jean Claude and my cousins joined. As a teenager in the 1980s, I joined the naval reserves for the volunteer organization Katimavik, which once had a military division. That’s where I came out as a lesbian. Then I came out to my family, and decided, after high school, that I would join the military. There was a going-away party, and everybody said, “Good for you, we’re so proud of you.” When I went to basic training, I was treated like just another number. I loved that feeling, like I was part of something bigger. I did really well (I wound up graduating second in my platoon) and wanted to be a peacekeeper. After I got my assignment and learned I’d be posted at CFS Shelburne in Nova Scotia, one of the training sergeants—a woman I would run into at gay events years later—said, “Be careful who you choose as friends, keep your nose clean, and keep your head down.”

RELATED: Trudeau’s LGBT apology and the sacrifices that made it possible

Being a naive 20-year-old, I was like, “It can’t be that bad.” But I got there and I swear to God, as soon as the bus pulled in, I was like, “This is bad.” I felt the energy right away. You know those scenes in the movies when the character walks into the cafeteria alone with her tray and all eyes are on her? That’s what it was. It was right after five women had been kicked out of the military for being lesbians—everybody was on edge. So I followed that training sergeant’s advice. Almost instantly, I went from feeling like I was on the fast track to a great career in the military, to feeling like a prisoner: I wore a uniform, and every night, I went to a very small bedroom, which pretty much became my cell. I avoided the parties and hanging out in the TV room. I have pretty good “gaydar,” and was getting so many mixed messages from women. A lot of them were picking up men just to cover their asses, basically. 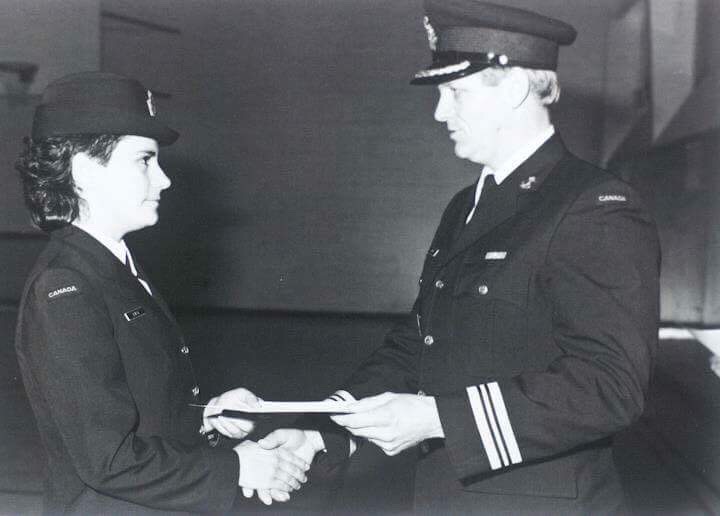 A few months in, there was this girl I really liked, but I knew nothing could ever happen. Still, I asked her to go for a hike one day and, while we were alone walking on the beach, I reached out to hold her hand. She pulled away from me like I had a disease and said, “I don’t know if you’re the secret police or not.” It had never even dawned on me. I had been keeping away from everyone, so some people were assuming I was the cops.

RELATED: Trudeau’s LGBTQ apology is a good start, but it’s not enough

Shortly after that, at the end of an overnight shift, I was called to the military police shack for my first interview with the Special Investigations Unit, which was in charge of weeding out all the gay military members. Back then, I had no idea what they wanted. They said, very calmly, “We know what you are.” Then they said, “Do you know what a homosexual is?” I said, “Well, yeah.” “Do you know what homosexuals do?” “Yeah, of course.” Then they said, “Are you a homosexual?” I lied and said no. Then they said, “What about this person, or what about that person? If you tell us, we won’t ask you in here again, but if you don’t tell us, we’ll keep on asking you.” They kept harassing me. I can’t tell you how many times I was interrogated, but it was many. I was always paranoid. I know I was followed at least once going into town to visit a friend. I was warned never to go to the gay bars in Halifax because they would intentionally give you shore leave so that they could follow you—you’d show up and they’d be there, watching. It wasn’t even cat and mouse, because the cat was enormous and the mouse was tiny. You knew you were going to get pounced on; it was just a matter of time. I lost so much weight during those two years that I had to get my uniform refitted twice. 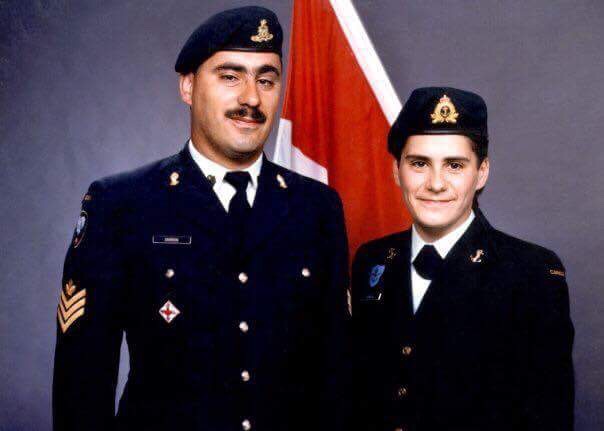 There’s an image that pops into my head whenever I’m stressed — a symptom of the post-traumatic stress disorder I was later diagnosed with. It’s of my hand on a doorknob leading into the military police shack. I was in a cold sweat by that point—I didn’t want to go in there but I knew I didn’t have a choice. After they questioned me for a while, my shift commander said to them, “Do you have any proof that she’s gay?” I watched as they shuffled their papers and said, “No.” He said, “Well, f–king leave her alone then.” That was the last time they interrogated me. Days later, I had a nervous breakdown and was discharged from the military, with everyone thinking it was my choice. I have lived with the shame of the discharge and the burden and symptoms of PTSD—anxiety, depression, and thoughts of suicide—for all of my adult life. I tried to survive the best I could and I put it away for 30 years because I didn’t want to tell anybody my country didn’t want me. I’m 52 now, and over the years I’d try to find people who’d been through what I went through. Then, earlier this year, I found the We Demand an Apology Network, an advocacy group that has been lobbying the government to apologize for historical wrongs committed by the Canadian military against LGBT. That’s how I realized many people stayed in the military about as long as I did before they were pushed out, too, with interrogations and polygraph tests and all of that. Canada’s military treated us like prisoners of war at home, and we were in their military.

RELATED: Being transgender in the Canadian military

That was hard—telling my 84-year-old mother that basically I had been traumatized by the military everybody loved. She’s the kindest, sweetest person, and she was mad. Last month, I went hunting with my uncle, who is 89, and I thought, “Good lord, I can’t tell this man.” We were sitting on the porch at the hunt camp. I’ll never forget this image: He pointed at me and he said, “You go after them with everything you have and when you’re done that, I want you to join the Legion because you’re more of a soldier than most of them in there are.” I’ll be in Ottawa with nearly 100 other former military men and women like me when Justin Trudeau apologizes to us in the House of Commons. It won’t be easy. I know our Prime Minister is trying to do right by us. But I also want the commissioner of the RCMP there; I want anybody who has to do with recruitment or promoting the military to be there. I’d like them to have a memorial in Ottawa, so people don’t forget this actually happened.