The Bloc unfurls its flag over Quebec once again

Election Image of the Day: Quebecers have voted, and once again the impact of their decision was felt across the country 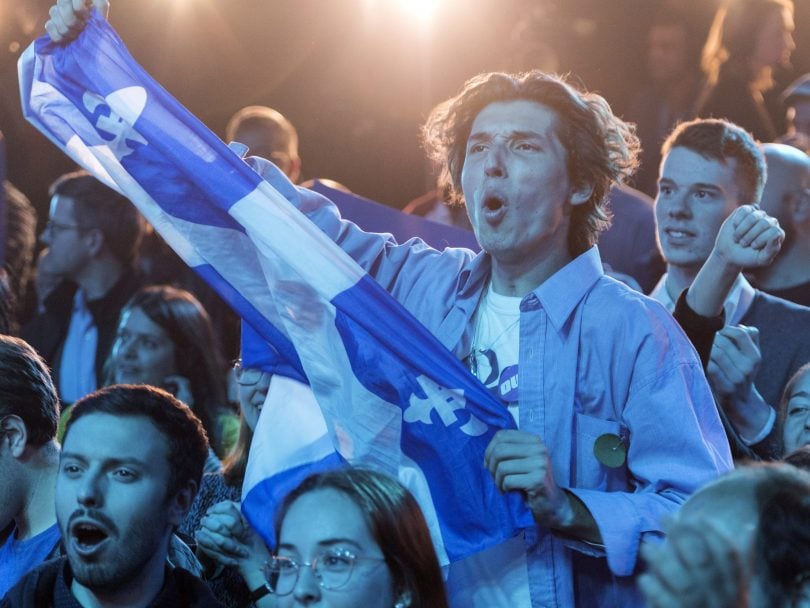 When Quebecers vote, they vote loudly. For the past three elections, residents have swung from Bloc Quebecois to the NDP and then to the Liberals, throwing each party more than 40 seats and, ultimately, defining the federal electoral outcome each time. As the results from 2019 poured in, the Bloc cycled back into style (though not as resoundingly as it had in the past), blasting away its opponents on a platform pushing francophone culture, immigration enforcement and action on climate change. The Liberals, however, managed to squeak through with a fraction of their Quebec seats, which will be critical to maintaining a government of any kind. For the Bloc’s supporters, the Liberal wins are irrelevant. They made their point. The country is hearing them cheer. The Bloc is back, and Justin Trudeau is going to have to listen.